Take a stroll down Cold Spring’s Main Street these days and you’ll be hard pressed not to hear someone ask, “What do you think about Dunkin’ Donuts?” And they aren’t talking about the quality of the popular food chain’s coffee. The village is abuzz with conversation, opinions and debate over whether or not the Dunkin’ Donuts proposed for 33 Chestnut Street, currently home to the Elmesco Citgo gas station and automotive repair shop, is a good thing or a bad thing. 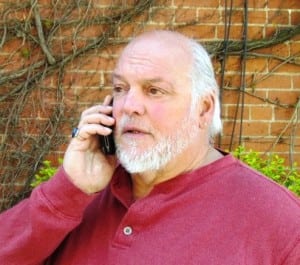 David Cooke, owner of the Cold Spring Antiques Center, is a bit hesitant, but looks beyond the Dunkin’ Donuts proposal itself.  “I have mixed feelings about it. I like Kenny – he’s been there 25 years,” he said.  “I don’t have a problem so much with a Dunkin’ Donuts in that location. My concern is franchises moving onto Main Street. That would kill the mom and pop operations.”

If there is one thing everyone seems to agree on, it’s good will towards Kenny Elmes, owner of the property in question. But the same people have no problem separating Elmes from what they see as the real issue. One non-coffee related shop owner who asked not to be named said, “I like Kenny, I buy my gas there. But I’m not in favor of Dunkin’ Donuts coming into Cold Spring. I don’t want chains coming here. I’d be concerned about the effect on other [similar] businesses.” 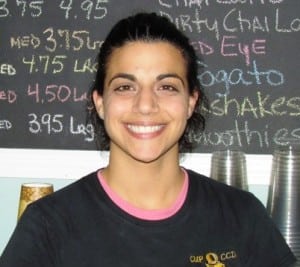 Many people on the street seem to agree that existing cafes will suffer if another coffee shop opens.  But for John Arguello and Jesse Lupo, owners of the Cup-o-ccino Cafe, going head to head with yet another coffee outlet is not the issue. “We don’t fear the competition. That’s America,” Arguello said.  “If it was ‘Kenny’s Donuts’ we wouldn’t have a problem. It’s the franchises. Dunkin’ Donuts does not travel alone,” he said, arguing that if Dunkin’ Donuts is successful, other fast food franchises are likely to follow. Lupo agrees.  “Franchises…will ruin the historic character, the integrity of the village.  There’s nothing deeper than that; that’s what it is,” she said. “We love this town because it’s mom and pop, owner-operated shops. It’s what makes the village great – an interesting, tight knit little community. We hear that from customers all the time.” 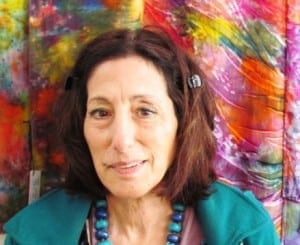 The owner of Cold Spring’s newest store, Side Effects, located at 137 Main St., could not see it more differently. Patty Villanova lives in Putnam Valley and is very active in that town’s issues. Her shop, formerly located in Peekskill, opened just two weeks ago. “It’s not really in the village up there – it won’t affect village character. It won’t interfere with Main Street,” she said of the proposed location for Dunkin’ Donuts.  “It will certainly bring more people here than an auto repair shop. Route 9D (Chestnut Street) is a much different dynamic. It will never be the same as Main Street. To me it’s the best of both worlds. I say bravo.”

Villanova’s comments reflect at least one aspect of the new Cold Spring Comprehensive Plan, which, while placing high value on preserving the village’s historic character, also points out that Main Street and Chestnut Street are very different both in appearance and function. Main Street provides restaurants, boutiques, antique stores and entertainment – while Chestnut Street provides residents with day-to-day needs.

While some shop keepers have made up their mind on where they stand, others are keeping an open mind. C&E Paint Supply’s Susan Early is one of them. “I’m going to wait and see what the next meeting brings. I’m not in favor of chain stores – but I want to hear what the public comments are on April 17,” she said. The Cold Spring Planning Board will meet on that date to take a second look at the Dunkin’ Donuts proposal.

Tim Chevtaikin, owner of Archipelago at Home, is still searching for answers.  “It’s hard. I don’t know what to think. People have to make money. But why would Dunkin’ Donuts open here? There are so many coffee places,” he said.  He is unsure about the value of Dunkin’ Donuts coming to Cold Spring, but Chevtaikin also wonders about the planning process that will ultimately either approve or reject the proposal.  “Why is it that some businesses open and nothing is said, but Dunkin’ Donuts causes such a big fuss?” He recalled that years ago, the Chamber of Commerce had to approve new businesses that came to town.  “In any issue you’re going to get different points of view. But where’s the right and wrong?” he asked.

For Tom Rolston, owner of The Depot restaurant, what’s wrong has nothing to do with Dunkin’ Donuts. “I’m against losing the place where I get my car repaired,” he said. “But if the guy has to shut down … I’m for a Dunkin’ Donuts but not in favor of a convenience store – we have enough of them.”

Some store owners chose not to comment for reasons that varied from having relatives involved in the issue to being concerned about how customers might react to their opinions. As one shop keeper put it, “Sooner or later everyone comes through here. I don’t want to shoot myself in the foot.”

The first Dunkin’ Donuts opened in Quincy, Massachusetts in 1950 and the first franchise was licensed five years later. At last count, according to the company website, there were 9,760 Dunkin’ Donut shops worldwide. For now, the question on the minds of many local residents is, “Will Cold Spring be number 9,761?”
Photos by M.Turton

3 thoughts on “Views on Dunkin’ Donuts Vary Among Local Merchants”