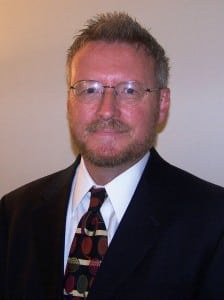 Short tenure there marked by clash with Friends Of group

In a statement issued today, April 12, 2012, by Boscobel, Boscobel’s executive director of just the past nine months, David Krol, has announced that he has accepted an offer to become chief of retail at The National Gallery of Art in Washington and that April 27 would be his last day.

A Boscobel press release noted that Krol’s plans were announced at a special meeting of the staff at Boscobel. Barnabas McHenry, the president of the Board, noted that the Board regretted the departure because Krol had made impressive progress revitalizing Boscobel by developing plans and programs for the new season. “In less than a year David has made Boscobel a better place,” he added.

Krol’s tenure was not without some controversy, as last year friction occurred between the volunteer “Friends of Boscobel” group, which included donors and docents, and a Development Committee instituted by the management at Boscobel, resulting in the resignation of Malcolm Mills, the longstanding president of  the “Friends Of” group and, with his resignation, the loss of signature Boscobel events such as the Horse and Carriage Day  and Apple Shindig  programs, which had been organized by Mills and the group.

In a December 4, 2011 letter to Krol, shared with Philipstown.info, in reaction to the resignation of Mills, long-time Friends members Henry and Adele Stern accused the new management of “tossing away an invaluable resource.”  The Sterns noted they would be withdrawing their support for Boscobel. In a December 5, 2011 reply to the Sterns, also shared with Philipstown.info, Krol wrote “I hope you will be pleased to learn that the mission of the Friends of Boscobel has not changed in any way, except that its separate fundraising program will be integrated into a comprehensive Boscobel development effort. A letter expressing regret for any confusion will be going out today from the Boscobel Board to all the Friends membership. … The support and input of our many friends is invaluable to Boscobel and we deeply regret this terrible misunderstanding.” Nonetheless, Mills’s resignation held.

Boscobel provided a statement from Krol relating to his time there: “I have enjoyed the opportunity to lead this fine historic property and be associated with Boscobel’s hard-working staff, Board members, supporters and institutional partners.”

A search committee has been formed with Alexander Reese of Hughsonville and Frederick Osborn of Garrison as co-chairs. They will select the other members of the committee. Carolin Serino will be acting as interim director; Serino has served in this capacity before, during the previous search for an executive director.