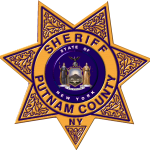 Putnam County Sheriff Donald B. Smith reported the arrest of an Orange County man on narcotics-related criminal charges after being stopped for a traffic infraction on Route 9 in Philipstown. On March 29, Deputy Matthew Monroe, after observing a motorist commit a traffic infraction stopped the car driven by 29 year-old Adam H. Reed of West Meadow Lane, Newburgh.  Further investigation revealed that Reed’s operator’s license was suspended.  Moreover, Reed allegedly possessed 60 Oxycodone pills for which he had no valid prescription.

Subsequent investigation by an undercover investigator from the Sheriff’s Narcotics Enforcement Unit determined that Reed was also in possession of prescription pads which were stolen from two physicians’ offices – one in Westchester County, the other in Rockland County.  It is alleged that Reed took the pads from the offices while being treated as a patient.  He also possessed two forged prescriptions written for narcotics.