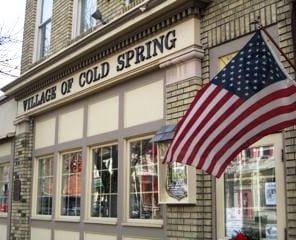 Mayoral raise draws a “no” vote

After final adjustments that ensured a $2,500 raise for the mayor  and $2,000 more for vehicle repairs while easing insurance premiums for employees and cutting overall spending,  the Cold Spring Village Board Tuesday (April 24)  adopted a $2,651,754 2012-13 general fund budget, with $1,424,869 coming from taxes. The 11th-hour tinkering keeps the tax increase to 1.96 percent, instead of climbing to 2.01 percent – a possibility in recent days as the board weighed budget demands. Trustees Bruce Campbell, Matt Francisco, and Charles Hustis joined Mayor Seth Gallagher in approving the budget. Trustee J. Ralph Falloon voted “no” because of the mayoral salary increase.

To accommodate employees, the board reduced from 7.5 percent to 5 percent the amount they pay in insurance premiums in the new fiscal year, which begins June 1. Trustee Falloon had recommended the rollback April 17 and after a closed-door session with employees on Tuesday the full board concurred. Employees also will receive a slight raise to help offset the premium. According to Village Clerk-Treasurer Mary Saari, the Cold Spring government has 7 full-time employees and 22 part-time employees (the latter mostly in the police department). Only full-time personnel and eligible retirees receive health-insurance benefits, and while eligible for coverage, elected officials must cover the costs themselves, she said April 26.

Nay to MTA Tax, Yea to mayor and truck increases

Before the general fund budget vote, the board determined it could drop one planned expense, $2,800 for the MTA tax, a regional charge no longer applicable, and instead devote $2,000 of that to a garbage truck upgrade, while eliminating the remaining $800 entirely. To fund the mayor’s raise, the board took $2,000 from a contingency account that had been earmarked for $12,500 — $3,650 higher than the fiscal 2011-12 contingent kitty — and reduced from $750 to $250 the amount allocated for the “mayor-contractual” account, which covers such costs as conference travel. The changes bring Gallagher’s total compensation package to $15,162. That breaks down as $11,621 in base salary; $1,041 for a committee chairmanship (the same amount trustees get for chairing key committees), and a $2,500 stipend as village budget officer. Mayors not need double as budget officers and if another individual acted in that capacity he or she would receive the stipend.

Despite Falloon’s “no,” vote, the mayoral salary increase prompted none of the loud debate that accompanied a similar move in 2011, when then-Trustee Airinhos Serradas contested a proposal to give the mayor $5,000 more. Last year, the board voted to limit the increase to $2,500 for 2011-12. This year, in revisiting the issue after Trustee Campbell broached it April 17, the board gave the mayor the other $2,500 discussed in spring 2011. Efforts to boost the pay for the mayor go back at least to early 2009, when Anthony Phillips held the office, and then-Trustee Gordon Robertson proposed that the trustees give up half of their salaries to fund better pay for the mayor, as, in Robertson’s estimation, the job involved “24/7” duty.

The mayor’s job “is 20 to 30 hours a week,” Gallagher said in support of his raise, which he termed “a correction,” for years of low mayoral pay. The responsibility “has increased over time,” he said. “If you’re not retired it does eat into your trying to earn a living.” A musician, Gallagher makes handcrafted instruments for an international clientele. He referred to his involvement with the 2012-13 budget as an example of the many things he does. “I really worked hard to keep the tax increase down” and maintain an overall healthy fiscal balance, he said, adding that with such mayoral attention, “there’s by far a net benefit” to taxpayers.

Trustee Matt Francisco also said the raise could be seen as a correction and follow-through on an apparent intent over the course of the last several years to compensate the mayor better. Likewise, he said the mayor’s salary should be comparatively higher than that of the trustees. Trustees draw $6,000 a year each, plus $1,041 for committee chairmanships; Campbell also gets an additional $1,041 for being deputy mayor. Hustis endorsed the mayor’s raise. “I’d say, go right ahead,” he told Gallagher, assuming the work involves the hours Gallagher cited, he said. “Who am I to judge? I say, go for it.”

After the meeting Falloon explained his votes – first opposing Gallagher’s raise and then rejecting the general fund budget. “I voted against the mayor’s salary and I voted against the general fund because the mayor’s salary was in there … as was every other salary,” he acknowledged. Had his been the decisive vote on the general fund budget, “I’d probably have voted ‘yes,’ because I am not sabotaging the whole, entire general fund.” He expressed concern about how it looks when the village provides more money for the mayor while informing employees it must hold the line on expenses. Ultimately with the budget vote, Falloon pointed out, “the employees got taken care of and the mayor got taken care of. I’m not saying he didn’t earn it and he doesn’t deserve it. It’s just timing and perception. ”