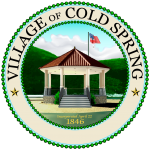 On an evening devoted to Earth Day themes, the Cold Spring Village Board Tuesday (May 1) took a preliminary step toward becoming a “Climate Smart Community,” introducing a measure that calls on it to protect open space, promote bicycling and walking, improve energy efficiency, and otherwise help save the planet. The board’s workshop began with a presentation on global warming by a NASA scientist and segued into the board’s first look at the Climate Smart Communities Pledge, a New York State initiative.

The state Department of Environmental Conservation “would like communities to sign on to this so collectively we can have an impact,” which could be significant if all Empire State municipalities participated, Mayor Seth Gallagher explained in introducing the pledge. “It’s to give a little initiative, so people can say, ‘we should be doing this stuff.’ And then we can say, ‘yes, join us; help us.’”  Trustee Matt Francisco wondered if pledging involved hidden ramifications.

“Is there a governing body that says, ‘you’re not living up to your climate pledge and here’s the fine?’” he asked. “I think it’s an excellent pledge. The question is what it costs.”

“Maybe we can save some money,” Gallagher replied.

Among other things, in signing onto the pledge, the village would:

According to the mayor, Cold Spring has already moved ahead on a few of the recommended projects.  As examples he cited upgrading of the aeration system in the sewage treatment plant, recycling, and encouragement of household composting. In improving the aeration equipment, “we’ll be saving money, but we’ll also be using less energy,” he said. And when it comes to recycling, “in the village we probably recycle way more than people in the town and elsewhere” because it’s easy with the weekly simplified collection process, he said. He urged residents to take up the anti-global-warming cause. To succeed, “we can do certain things at the government level but it’s going to take people doing things on an individual level,” Gallagher said. To allow adequate time for review, the board took no immediate action on adopting the pledge.

Too many Tuesday meetings

In other business, the board re-arranged its schedule for next week, in part to facilitate attendance at a May 8 Planning Board meeting. For years, both boards have met on Tuesday nights. Now, they are simultaneously wrestling with such contentious issues as the Butterfield Hospital redevelopment and proposed changes to buildings at the Foodtown Plaza. “Having meetings on the same night is really problematic,” said Francisco, the Village Board’s liaison to the Planning Board. “I’m a little conflicted as to where I need to be” and residents who follow local government have the same dilemma, he said. The Village Board subsequently moved its next meeting to Thursday, May 10.

Francisco, who took office a month ago, also asked about the protocol for informing residents of last-minute agenda additions and how to ensure “we stay on the right side of the open meeting law.” A few hours before Tuesday’s meeting, the board put three new items on the agenda, which until then had been limited to the Earth Day issues. The village office sent out an afternoon e-mail alert notifying residents.

“Basically, the open meeting [law] is just that we do it in an open meeting. And things can be added to the agenda” legally even during a meeting, Gallagher told Francisco. However, in setting an agenda, “we try to do it as much in advance as possible,” he added. Trustee Bruce Campbell noted that “we try to get everything on the agenda by Friday-close-of-business but you’ll see there’s many times on Monday or Tuesday when things are still coming in.”

“So the burden is honestly on the residents to make sure they’re looking at the e-mails and/or on getting here to the meeting to see whatever is on the agenda and that the meeting is held openly,” Francisco observed.