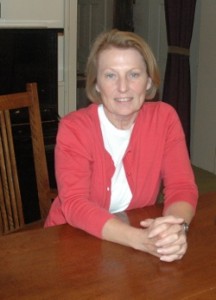 Former Philipstown Town Board Member Barbara Scuccimarra Sunday revealed her intent to seek the District 1 Putnam County Legislature seat now held by Legislator Vincent Tamagna. Scuccimarra alerted Philipstown.info of her plans on Sunday evening, saying she would formally announce her candidacy on Monday, May 14. For months Tamagna has been rumored to be in line for a high-level position, such as planning director, within the administration of Putnam County Executive MaryEllen Odell. He last won office in November 2009 as the District 1 legislator, with Philipstown and Putnam Valley constituents.

In unveiling her plans, Scuccimarra said that “my campaign is about a new direction for county government. It is about what is right for the people of Philipstown and Putnam Valley.”  She noted that she grew up in Putnam Valley before later moving to Garrison, “where as a wife and mother I know the pressures felt by our families.”

She pointed out that she has already worked inside the Putnam County government, as a member of a committee on fiscal vision and accountability and another dealing with the Butterfield property, where the county has expressed interested in taking office space. “One of my greatest strengths that I bring to the table of the legislature is my working relationship with both sides of Putnam County,” Scuccimarra said. “When elected, I plan to continue expanding and nurturing these relationships to improve our local community.” She said her experience on the Philipstown Town Board, where as the lone Republican she was known for her amicable relations with board Democrats and often voted with them, “allowed me to see firsthand what’s important to the people of western Putnam. Taxes and spending need to be kept at minimum; services must be maintained and improved.  We need to protect the natural beauty around us in a balanced and efficient way.” Summing up, she emphasized that “I am committed to continue to work hard for this community” and “looking forward to this opportunity.”

Running for re-election to the Town Board as part of a Republican slate last November, Scuccimarra lost along with her running mates Lee Erickson and Katie DeMarco to Democratic incumbents Richard Shea and Nancy Montgomery and challenger Dave Merandy.