Philipstown historian Donald MacDonald is one of a handful of local residents who spent much of the winter organizing Putnam County’s Bicentennial Celebration that is set to take place in Cold Spring on Saturday June 10. MacDonald, along with Lynn Duffy, Marie Early, Kendall Helbock, Jonathan Kruk and Jan Ravase, have planned a day long commemoration that will include an authentic stage coach on display, live choral and band performances, storytelling, a film screening at Butterfield Library, walking tours, and a re-enactment relating to the War of 1812.

MacDonald’s passion for the history of Cold Spring is as captivating as it is contagious and he speaks of his forty-eight year residency in Cold Spring with the knowledge of a scholar and the reverence of a poet. When I sat down and talked with him at the Philipstown.info office on what had been yet the hottest morning of the year, the language he used to described his regard for living here for nearly half a century was almost lyrical.

“There’s something here that isn’t anyplace else,” he said wistfully, describing what he calls the distinctive ‘feeling of this place’ he gets just by walking down Main Street to run errands. It’s that feeling, he says, that sets Cold Spring apart from other Hudson River Valley towns. He continues, “It’s the simplicity…the silence…and the history.” 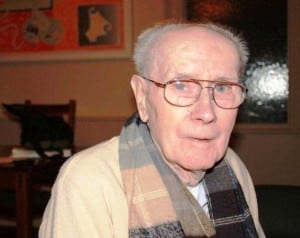 To be sure, Philipstown is steeped in a rich and varied history. From the West Point Foundry to Garrison’s Landing and the Hudson Highlands, the people and places of Putnam County played significant roles in both the American Revolution and the Civil War, as well as long-providing a place for rest and recreation (as well a supply of clean water) to the residents of New York City.

But it’s not solely historical significance that creates a community as special as ours. MacDonald points to the unparalleled physical beauty that Putnam County, specifically Cold Spring and Garrison, possess. Unobstructed views of the West Point campus, the imposing silhouette of Storm King at dusk and our relatively undeveloped waterfront contribute to ‘moments of being’ that seem other-worldly–a sensation certainly shared by anyone who has walked the river’s edge at Dockside after a thunderstorm or waited in fragile silence on the Metro North platform for a pre-dawn train. It is this essence that makes Philipstown a destination many folks choose to visit again and again, some of whom eventually decide to stay for good.

​The upcoming Bicentennial marks an important moment in our region’s unfolding into the distinctive place that it is. For various reasons, including treacherous, unmaintained roads and a prohibitive travel distance to the county seat in Poughkeepsie, Putnam County officially broke off from Dutchess County on June 12, 1812 and created an independent existence as New York’s 48th county. Following its independence, changes to the region came strong and swift. By 1815, the Philipstown Turnpike Company was organized and, several years later, the West Point Foundry was established on a bank of the Hudson River in Cold Spring.

MacDonald considers this rich history a kind of artifact that can and should be kept alive. He believes that evidenced archives and historic sites must be palpably experienced, not just observed, in order for their narrative to be fully ingested and understood. He encourages people, when they are drawn to learn about some element of history, to try to unearth the feelings that visiting historic places incite. Standing at the site of the West Point Foundry, for example, can enliven one’s sense of self and, in turn, bind one more tightly to the sense of place that is Philipstown.

“When I visit the Foundry,” MacDonald explains, “I stand there, in the middle of that land that’s now full of trees, and I close my eyes and immediately I picture what it must have been like to have these hundreds of buildings where I am standing. Imagine that!” he exclaims. “The noise must have been deafening! I try to visualize, as close as I can, what this was like, what the people were like all that time ago. It’s that feeling that gets into the mind and really turns me on.” MacDonald says this kind of experience–this attempt to taste antiquity–may eventually connect us to what we are and from where we came.

MacDonald, too, is comfortable with the inevitable reshaping that comes with remaining in the same place for several decades and bearing witness to the inevitable transformations that come with the passage of time. Over the years he has observed changes in our community too numerable to list and, as a result, MacDonald has learned to hold a certain equanimity when it comes to hot-button matters that send other residents to the mat. MacDonald doesn’t hold an unyielding stance on issues like Dunkin’ Donuts or riverside lighting or even the Mayor’s salary hike, but he does “believe we need to preserve what we’ve got here.”

Valuing our history and maintaining the sanctity of the past while moving, ever forward, towards the yet-uncharted future is the ambition of any historical observation. For MacDonald, however, the hope is simpler. He says he’d like people to walk away from the Bicentennial celebration with a sense of pride about living in Putnam County. “I feel privileged to have lived here. I have a love for this place and I don’t like to keep it to myself. I like to share it.”