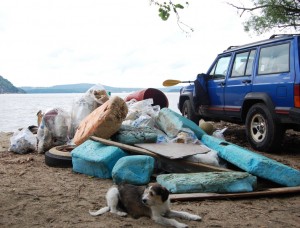 Hudson gets a clean-up locally and across the valley​

On Saturday June 2, Riverkeeper, the clean water advocacy group based in Ossining, hosted the Riverkeeper Sweep, a day-long clean-up of the Hudson River that extended from Troy to New York City. Volunteers set out on foot and in kayaks and motor boats to collect the trash and debris that washes up on the banks and beaches along the water’s edge. 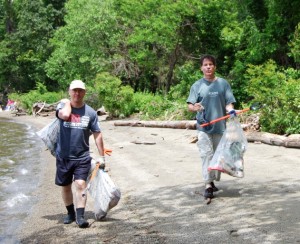 James Hartford, Cold Spring Village resident and partner at RiverArchitects, headed up the local effort that covered the area from Breakneck Ridge to Constitution Island. Despite cool and rainy conditions, crews set out from Foundry Dock Park, Dockside and Little Stony Point. They were assisted by a pontoon boat from Newburgh and, by day’s end, had filled a dumpster and two 55- gallon drums with garbage and recyclables.

For Hartford, the reward of a cleaner river goes beyond simple aesthetics. Keeping trash out of the estuary keeps our oceans healthier and, ultimately, has an impact on the quality of our food and drinking water. “It is incredibly educational to see what winds up there on the river–anyone who takes a serious look at this trash would have to ask themselves about the throw-away society that we live in and question their own consumerist lifestyle.” 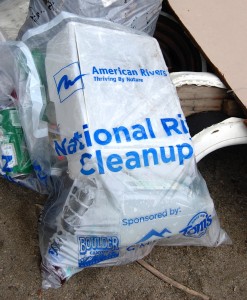 There isn’t another formal clean-up scheduled for this year, but Hartford says that folks can do their part anywhere and at any time. Trash cans are located at many of the water-access points in the village, as well as on the beach at Little Stony Point.

Riverkeeper adopted the annual Sweep from Scenic Hudson (who ran a similar venture from 1998-2007) to respond to trash deposited by the historic flooding that occurred in 2011, and to commemorate the 40th anniversary of the Clean Water Act, a law that is foundational to Riverkeeper’s work.
Photos by C.Simek