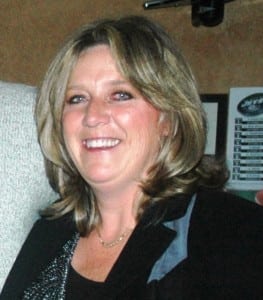 Terry Polhemus on election night in 2009. Photo by L.S. Armstrong

Philipstown Republican leader Theresa J. “Terry” Polhemus pleaded guilty Wednesday (June 13) in Philipstown Justice Court to a traffic infraction of driving while impaired, a non-criminal offense. Justice Alan Steiner imposed a one-year conditional discharge involving a 90-day suspension of her license; completion of 35 hours of community service in four months; attendance at one session of a Putnam County victim-impact panel; payment of $300 in a basic fine and $265 in New York State surcharges for a total of $565, and avoidance of further run-ins with the law for 12 months, with the license suspension postponed for 20 days to allow Polhemus time arrange details of her job.

The New York State Police encountered Polhemus while she was in her parked vehicle along Route 9 early in the morning on April 27. At that time she was charged with driving while intoxicated, a more serious allegation. Putnam County Assistant District Attorney Heather Abyssi said that she and John Hersh, Polhemus’ attorney had discussed the case and that she agreed that Polhemus’ driving problem resulted from a powerful combination of a new prescription medications, alcohol, and severe dieting.  Telling the judge that Polhemus had been medically evaluated by a physician who had diagnosed the causes of her conduct, Abyssi helped resolve the disposition of the case.

“Yes, I am” pleading guilty to the infraction of driving while impaired, Polhemus told the court.

“There was a clear medical component here,” Hersh told the press after the judge’s ruling. He said that Polhemus’ blood-alcohol reading “was barely over the limit.”

“I want to take responsibility for my actions,” Polhemus said, outside the court, held at Philipstown Town Hall. She added that she likewise wants to warn others what can occur if they combine too many potentially hazardous substances. “I had started new medications about three days before. Also, I’d dropped a great deal of weight,” she said. “This is how easily things can go awry. What happened to me was a bad thing, but people should still be careful” lest they get into a similar situation.

The court almost operated in the dark – literally — during the proceedings: A power failure shut off the electricity at Town Hall, and downed computers and copying machines, leaving the courtroom shrouded in gray, lit only by windows.

Last fall, as the chairperson of the Philipstown Republicans, Polhemus spearheaded unsuccessful efforts to elect a Republican town supervisor and two Republican Town Board members. Her own bid in 2009 to win a Town Board seat also failed.