Excitement, sadness and disbelief are just some of the emotions

Philipstown.info’s Mike Turton spoke with new graduates and old. The following is an edited version of their comments.

“It’s exciting, definitely different. We all love each other – but we need to experience new things,” said 18 year-old Mike Colamarino. “When we were freshman the seniors told us it would go by ‘just like that.’ It’s gone by so fast,” he said. Colamarino is headed for Iona College in New Rochelle in the fall. His plans are a work in progress. “Right now I’m undecided. I’ll likely go into business after the first semester,” he said. At Haldane he liked “…being able to walk up the hill in the morning, knowing everyone. You could never do that anywhere else.” 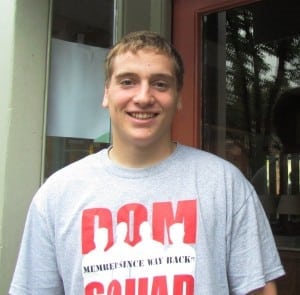 Colamarino was an active student-athlete, playing football, lacrosse and participating in track, while also belonging to the International Club. He likes the idea of coming home after college. “Ideally, I’d like to be able to live in this town and commute to my job in the city.”

For 17-year-old Emily Lombardo, leaving Haldane feels odd. “It seems crazy that I won’t be in school at Haldane…that I will graduate this Saturday,” she said. “It’s a little sad – but exciting to turn a new chapter.” She’ll attend Marist College, studying history and political science. “I’m going to get my education certificate and paralegal certificate.  But I don’t have a full plan yet.” 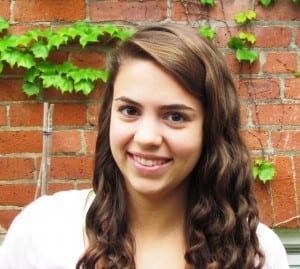 “Winning the state volleyball championship was a big highlight,” she said. “The parade through town after winning will stay with my whole life.” Class president, she was also was named “senior of the year.”  Lombardo feels strongly about her friends in the Class of 2012. “We’re family. I know that if I have car trouble – I can call on any of them for help.” On the other hand, she says, “But they’ve also seen you growing up, seen you at your worst. Like those awful middle school pictures!” 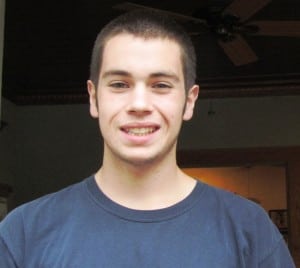 Sal Baisley, also 17, has gone to Haldane since fourth grade.  About graduating he says, “It’s a real transition to real life now.”  He’ll study adolescent math education at Siena College and hopes to become a high school math teacher. There is one aspect about Haldane he did not care for – AP exam week. “The amount of work you have to put into it – and then having to do SATs  the same week. You just never stop studying.” But he ​​does think Haldane’s small size is a plus academically. “You get a lot of a lot of one on one help from teachers.” Baisley  excelled in track and field, was team captain, and specialized in shot put and discuss. He’ll celebrate graduating in style, “I’m going to Las Vegas next week with my family.” 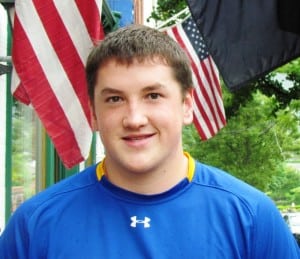 Matt Hughes is a 13 year veteran of Haldane. The 18-year-old says of graduation, “It feels weird. You see light at the end of the tunnel – but you don’t know if you should go see what’s there.” He’ll attend the University of Delaware to study criminal justice. After that? “Either law school or working for the federal government – the FBI.” A member of the Cold Spring Volunteer Fire Company, he excelled in sports, playing football, lacrosse and participating in track – while also serving as president of the honor society. He lists beating Tuckahoe in the sectional football championship as a particularly fond memory. When it comes to a pet peeve about Haldane, Hughes is very clear. “Listening to girls screaming in the hallways – either out of joy or anger. It’s hard on the ear drums!” 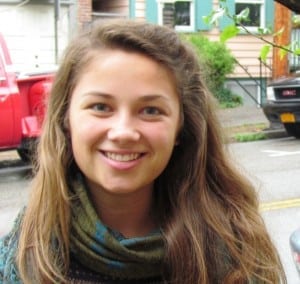 Torrie Lebron is 17 and has attended Haldane since kindergarten. She’ll attend William and Mary College and study pre-law. “I want to be an attorney working in defense of animals,” working at such organizations as the World Wildlife Fund, she said. Lebron thinks differently than her classmates who can’t believe how time has flown. “It has seemed like an eternity, “she said. If she has a pet peeve about Haldane it relates to sports. “We don’t have a running track. Winter track was insanely difficult running in hallways and in the snow.” About graduation she says, “It’s exciting knowing we’re going our separate ways. But it’s extremely sad. We’ve been friends for 13 years – and you can’t beat this town.” Theater has been one of her favorite aspects of life at Haldane – including progressively more challenging roles in recent years. One of her best came in Grease. “I played a crazy character – Patty. My personality is not like hers at all. It was great morphing into that person,” she said. An athlete as well, she said winning the sectional championship in soccer this year was also a highlight, “It was great to go as far as we did.” But it’s the “sense of community” that she puts at the top of the list of Haldane’s bests. “You don’t find that anywhere else – other kids have 500 in​ ​their graduating class. I have a couple of friends I consider sisters – since kindergarten.”
Photos: M.Turton