Some things change and others don’t 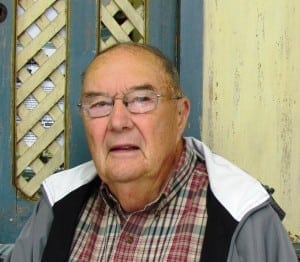 Francis (Terry) Lahey graduated from Haldane High School in 1948. His graduation took on a very different form than what the Class of 2012 will experience. His graduation was spread over four days. “Friday was ‘class night,’” he said, explaining that the evening was a roast – with the graduates as the center of attention. On Saturday evening, a dinner was held at the Bear Mountain Inn. “That was a big deal,” Lahey said. A baccalaureate service was held on Sunday afternoon, presided over by clergy from each of the local churches. The graduation ceremony was held on Monday evening.

“I enjoyed high school. Those were good days,” Lahey said. Sports were a big part of that enjoyment. “We won the Putnam County football championship in 1945 and in 1948 we won the first county track championship,” he said.  At least one member of his family has attended Haldane every year since 1939. “And my grandson Lucas graduates this year,” he said. Student parking was certainly not an issue in the 1940’s. “In my senior year only one other guy and I had cars!” Lahey remembers. After graduating, Lahey attended the New York State Institute of Arts and Technology – now known as Westchester Community College, and went on to work as a construction engineer for New York State for 32 years. Chuck LaRosa went to Dewitt Clinton High School in the Bronx, graduating in 1954. “Graduation was big deal then. All my aunts and uncles came down and we all went out to dinner.” One of his favorite activities was arguing with his teachers about politics – including heated discussions about the infamous Senator Joe McCarthy. 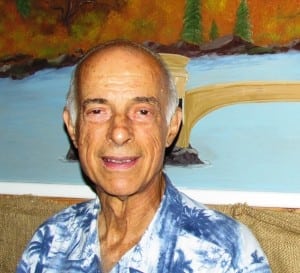 LaRosa remembers one highlight from high school very well. “In 1951, I played hooky and went to the playoff game between the New York Giants and the Brooklyn Dodgers . . . the Dodgers won that one,” he said. He undoubtedly wishes he had waited one more day. In the next game, Bobby Thompson hit the “shot heard ’round the world” – perhaps the most famous home run in baseball history, giving the Giants the pennant.  After graduating high school LaRosa worked as a tax assessor for the City of ​ New ​York. He is now retired and lives in Cold Spring. 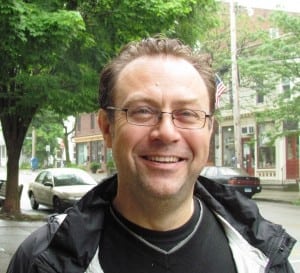 Gary Tooth graduated in 1982 and like many Haldane alumni attended the same school for 13 years – although in his case it wasn’t Haldane – it was Hanley, a school located in Stoke-on-Trent in England.  His “graduation” could not have differed more from Terry Lahey’s four-day celebration. “Classes finished that last day and we had our picture taken on the steps of the school – and that was it. It was like, ‘Thanks for being here for 13 years,’ “Tooth said. “There was no ceremony, no emotion. It was very British.” The lack of hoopla didn’t hold him back. He pursued his talent in art, studying it progressively at three different colleges. Today he is a graphic designer and lives locally. 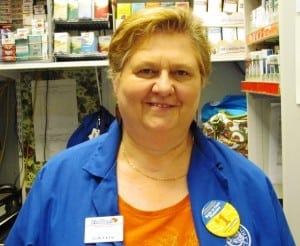 Cathy Greenough has helped many a resident from inside her rather cramped customer service office in Foodtown. She graduated from Haldane in 1966. “I remember it was held indoors – and it was pretty warm!” Like so many other Haldane alumni, sports were important to her. “I think I played every sport,” she said. When asked what she disliked about high school she was quick to respond. “I loved school. I didn’t have any pet peeves. I enjoyed every moment of it.” Her first job which she began while attending Haldane was at Palen’s Drug Store on Main Street.  She also participated in a co-op program, working at IBM, while continuing her high school classes