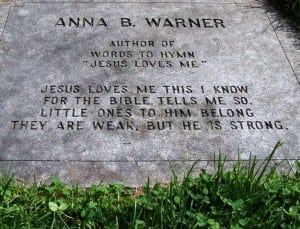 Portions of Warner House to be reopened for summer tours

If day trip outings fit your schedule, spend an afternoon on Constitution Island. The local treasure served as a fortification site in the eighteenth century and the eastern foundation for the Great Chain that stretched over the Hudson River to West Point during the Revolutionary War, and the destination stands as a jewel of places to consider for an afternoon of history, Hudson River strolling, and outdoor enjoyment.

When New York City lawyer Henry Warner established a Hudson River family hearth on Constitution Island in 1836, he preserved a Revolutionary War period wall in the construction, and cut few corners to build what is known and cherished by historians and citizens today as the Warner House. With all the accoutrements of high living, the Warner home on Constitution Island, modest by comparison to the family’s palatial primary home, provided a relaxing retreat from the city for Warner, a widower, and his daughters, Susan and Anna. Shortly after the completion of the home, the family lost much of their fortune during tough economic times in 1937, and the island property became their primary residence.

In recent years, Constitution Island, gifted to the United States and the U.S. Military Academy in 1908, has served as a living history museum where docents conduct tours and visitors learn about Revolutionary defenses, life on the island later in the nineteenth century, and links to West Point perpetuated by the Warner sisters. But the Warner House, ​where family members resided until 1915, was closed in 2009 due to structural concerns. Budget constraints have stalled attempts at restoration, and although the Constitution Island Association (CIA) continues to promote preservation and restoration, West Point’s plans to move forward on critical repairs have not been announced.

CIA executive director Richard de Koster said that realizing restoration progress in 2012 is unlikely, but tourists to the island will be able to experience a history of the island’s prominence during the Revolutionary War period as well as part of the Warner legacy throughout this summer’s tour season. “I don’t think any work is going to be done by the Army this year,” de Koster said, “but we have received permission to use two of the (Warner House) rooms for the tours.”

The rooms to be reopened include the kitchen and the old workroom adjacent to the kitchen. A docent will interpret life in the nineteenth century with the Warner family, and a 20-minute video will be shown which showcases the home and original Warner family furnishings and personal effects. “We’re very happy to be able to reopen a portion of the house,” de Koster said, “After visitors complete the video, they’ll exit the house for a tour of the outer portion of the home, and our tour then goes to the redoubt and other walking areas.”

Charlene Hendricks of West Point has visited Constitution Island recently and in years when the house was fully open. She recommends the ​National Registered Landmark as a short day trip, and as a mother of three, she rates the destination as highly friendly for families. “I’ve been through the Warner House, and if a docent is there, it’s golden. Still, if someone has the opportunity to go this year, it’s worth the visit,” Hendricks said. “You can bring a picnic, see great views of the Hudson, and take a walk through history. And when you think about the Warner sisters, they were prolific writers and had to rely on themselves in difficult times. They did it with style and grace and how they interacted with cadets was wonderful.”

The Warner sisters are known to have welcomed many West Point cadets to their home and gardens where the sisters led Bible classes and shared their genteel hospitality. In addition to the books and articles the sisters wrote, Anna Bartlett Warner penned the words to the celebrated hymn, Jesus Loves Me, and her legacy to future generations lives on through her lyrics and the life she lived on Constitution Island.

Two variations of tours are offered, and this season’s public tours to the island run June 20 through October 4. The weekday tours depart Wednesdays and Thursdays from West Point’s South Dock. The tours last approximately two and 1/4 hours and are conducted at 1 and 2 p.m. Suggested donations for the weekday transportation/tour are $10 for adults, $9 for senior citizens, and $3 for children under 6. Reservations are required and may be made by calling 845-446-8676. “Advance reservations must be made,” de Koster said. “We also ask people to please leave a callback number due to weather. All of our tours ​and special events are also subject to change due to the schedule of West Point, so we ask that people check our website as it’s possible that days could be changed.”

The Constitution Island Association also offers weekend tour special events on select Saturdays throughout the season. Shuttle bus transportation to the island is available at the Cold Spring Metro-North train station. Suggested donations for special event transportation/tour are $10 for adults and $5 for senior citizens and children under 16. “The bus from the train station is going back and forth all day long on a 10-minute schedule,” de Koster said. “This schedule runs from 10 a.m. to 3 p.m., and everyone is off the island by 4 p.m. We recommend that people plan for several hours to take the tour and walk the areas, and pack a picnic as it’s always fun to bring what you enjoy.”

This summer’s Special Events include Garden Day (August 4), Reenactment Day (August 25) and Family Day (September 29). A Putnam County Bicentennial Celebration will also be held on the island as a ticketed event ($175 per person) on July 7. The CIA also invites friends and supporters to its Seafood Barbecue fundraising event, catered by Mount Kisco Seafood, to be held from 5 to 8:30 p.m. this Saturday, June 23. Tickets are $160 per person and may be purchased online at the CIA website. “This is the eighth year we’ve held this fundraising event,” de Koster said. “It’s the only fundraiser we do throughout the year, and this year we will have a very special surprise at the barbecue.”

​For more information on tours, schedules or volunteering at Constitution Island, visit the CIA website at  or e-mail the organization at [email protected], or write to the Constitution Island Association, Box 41, West Point, NY 10996. The phone number is 845-446-8676.