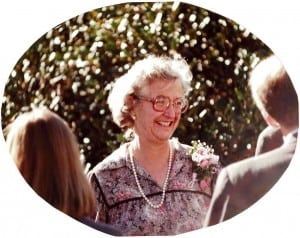 Anne deWitt Pell Osborn (“Nancy”) died peacefully on Wednesday, June 27, 2012 at her retirement home in Lexington, Mass., with family members present. She was born in New York City on Jan. 14, 1918 to the late Elsie Dominick Pell and James Duane Pell, grew up in Manhattan and Esopus, N.Y., attending the Brearley and Juilliard Schools. She married Frederick H. Osborn Jr., of Garrison, on Jan. 10, 1942. They lived in Florida and Philadelphia before returning to Garrison in 1968, where they lived on Snake Hill Road until Nancy moved to Lexington in 1999.

Nancy was known for her love of music, especially the opera and playing recorders with the “Tuesday Recorder Group” in Garrison. She had a passion for, and an encyclopedic knowledge of birds, and she worked diligently to carry on the family’s commitment to land conservation in the Hudson Valley, serving on the boards of Scenic Hudson, Manitoga, The Nature Conservancy, the Philipstown Garden Club and other not-for-profits.

Her husband pre-deceased her in 1982. She is survived by four of her five children (her son Charles died in 2001 of ALS), 15 grandchildren and 11 great-grandchildren.

There will be a service in Lexington in early July, and a memorial service at Saint Philips-Church-in-the-Highlands in Garrison this fall. In lieu of flowers, contributions in her memory may be made to Constitution Marsh Audubon Center and Sanctuary, P.O. Box 174, Cold Spring, N.Y. 10516-0174, or to Manitoga, P.O. Box 249, Garrison, N.Y. 10524.