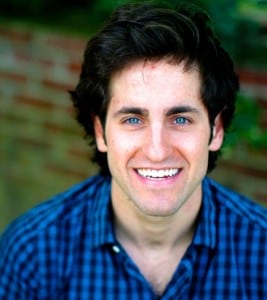 Carl Howell performs on guitar and piano at Philipstown.info space this Saturday

Carl Howell will perform a 90-minute set on acoustic guitar and piano, featuring classics and rarities from the last four decades of folk and rock music. Howell, a southern New Jersey native and current Manhattan resident, has been an actor and musician since birth. In addition to New York City, his work has taken him to California, Nashville, London, New Orleans, Cold Spring and Garrison. He is proud of his collaborations with World’s End Theater — with whom he played Konstantin in John Christian Plummer’s production of Chekhov’s The Seagull last spring — and the Hudson Valley Shakespeare Festival — with whom he currently plays Romeo.

To name just a few, Bruce Springsteen, Jackson Browne, The Band, CSN (and sometimes Y) and Bob Dylan have educated and defined Howell’s 26-year-old musical mind. His parents raised him well. Mama Howell taught him piano starting at the age of four and kick-started what is bound be a lifetime of live music, and Papa Howell passed on his astute ear for exemplary songwriting by underscoring car rides with Springsteen’s, Elvis Costello’s and Paul Simon’s finest achievements. Carl is inspired daily by these icons in his own songwriting as well as his work onstage as an actor.

Join him at the Philipstown.info space at 69 Main St. in Cold Spring this Saturday, July 7 at 7:30 p.m. The atmosphere will be casual and conversational. Admission is free; donations appreciated. A set list will be prepared, but requests will certainly be granted as best as possible.