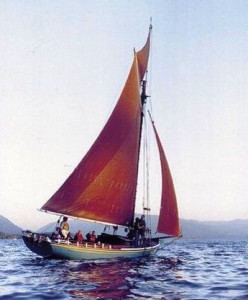 On Thursday, July 12, at 7 p.m. a celebration of Woody Guthrie songs old and new will be performed at the Beacon Sloop Club (BSC) in Beacon, with David and Jacob Bernz, Amy Fradon, Steve Kirkman and Fred Gillen of Hope Machine, and Spook Handy. All are folk musicians who travel in the footsteps of Pete Seeger and Woody Guthrie.

David Bernz is a two-time Grammy award-winning producer and a founding member of Work o’ the Weavers, a celebration of America’s quintessential folk quartet. Jacob Bernz is coming into his own as a singer-songwriter and is now working on a CD of all original songs. He was recently selected as one of the winners of the Open Mic Finals at the Towne Crier Café in Pawling. 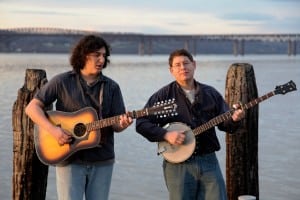 Amy Fradon is a singer with numerous CDs to her credit. She also tours with the Vanaver Caravan’s Pastures of Plenty tribute to Woody Guthrie in song and dance.

Of Steve Kirkman and Fred Gillen’s group Hope Machine, Chronogram Magazine says, ”…an extension of Woody’s ideas and attitudes — with Kirkman and Gillen taking the wiry little wonder’s spirit forward into the now.” Hope Machine was born at a Woody Guthrie hootenanny and named at Clearwater’s Great Hudson River Revival in 2004. 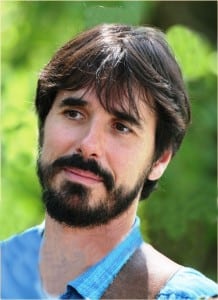 Spook Handy has performed dozens of times with Pete Seeger and has shared the stage with the likes of Peter Yarrow and Donovan.

Together, these six musicians will present a program honoring Woody Guthrie. This concert is a fundraiser for the Beacon Sloop Clubs’ Woody Guthrie sloop repair fund. The Woody Guthrie sloop is a replica of the popular gaff-rigged Hudson River sloop from days of yore. The BSC has free public sails five weekday evenings a week from the Beacon Harbor. Pete Seeger had the Woody built to support the mission of the larger Hudson River sloop replica, the Clearwater — built 10 years before the Woody — to promote the clean-up of the Hudson River and to keep the river open and accessible to all people.

Admission is $10. For reservations please call 914-907-4928. For additional information visit the BSC website.
Phots courtesy of BSC, except as noted