There’s no need for Philipstowners to travel out to the Brooklyn Academy of Music or Carnegie Hall to attend a Philip Glass concert. Tucked in between engagements as far-ranging as the Concert Hall of Dublin, Ireland, and the Bang on a Can Festival at Mass MoCA, is his surprising (to many) appearance at the Garrison Institute on July 19. As part of an extended international series of 75th-birthday-season concerts Glass is presenting this year, this performance, a benefit for the Institute, brings him back to a place with which he holds a deep affinity and close connection.

An Evening with Philip Glass features the quintessential 20th-century (and now 21st-century) American contemporary composer of concert music, opera and chamber music in a contemplative, serene setting. Glass will be playing from his works on piano, and the program includes just two others, vocalist Tara Hugo and composer/pianist Trevor Gureckis, who will perform Glass’s musical setting of texts by Allen Ginsberg, Leonard Cohen and others. Hugo was the mezzo in Book of Longing, a collaboration between Glass and Leonard Cohen. She and Gureckis are currently working on an album of Glass songs sung by Hugo and arranged and co-produced by Gureckis, which will be released later this year. 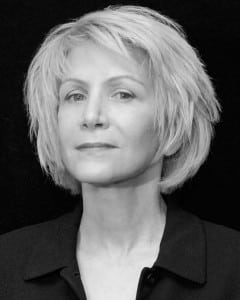 After attending the University of Chicago and Juilliard, Glass spent two years in Paris during the early ’60s, studying with composer and conductor Nadia Boulanger and earning a living by transcribing Ravi Shankar’s Indian music into Western notation. By 1974, he had created a large collection of new music for the Philip Glass Ensemble and for Mabou Mines Theater Company. This period culminated in Music in Twelve Parts and the opera Einstein on the Beach written in collaboration with Robert Wilson. His work since that time has included more opera as well as film scores, orchestral ​work and compositions for dance, theater and chamber ensembles. Though his style is frequently dubbed​​​ “minimalism,” Glass has stated that he prefers to call himself a composer of “music with repetitive structures.”

A long-standing friend of Garrison Institute founders Jonathan and Diana Rose, Glass was “part of the conversation,” according to Nate Binzen, a spokesman for the Institute, when the decision was made to purchase a parcel of land, including the Glenclyffe friary building, from the Open Space Institute, which had purchased a much larger tract from the Capuchin monastery. Glass played the organ in the Meditation Hall at the Institute’s official opening ceremony, in October 2003. He also performed at the Institute’s Satyagraha Project event in New York City in 2008. The Institute’s Initiative on Transformational Ecology created the Satyagraha Project as an exploration of Gandhi’s concept of nonviolent struggle, satyagraha or “truth force.” Glass originally wrote and performed the piece in honor of the Dalai Lama’s visit to North America in 1979.

Glass has long been associated, both personally and musically, with Tibetan Buddhism. In an excerpt from an essay in Garrison Journal, a publication issued in conjunction with the 2003 opening of the facility (attended by the Dalai Lama), he wrote of the aftermath of Sept. 11: 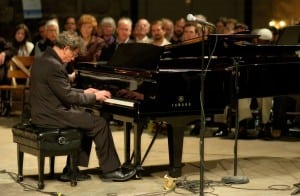 “During that period I had countless friends who were working at night at Ground Zero, in the kitchens feeding the firemen, policemen and rescue workers. I suppose that among all these people, few of them were Buddhists. … Though they were probably not Buddhist, they were certainly acting the way we think Buddhists are supposed to act. These are core ideas — altruism, charity, social responsibility. And they can act as bridges for us. We, as Westerners training in an ancient non-Western tradition, have a unique opportunity. Because these bridges can work both ways — carrying us from our very rich past to our present and back again — as we learn to explore our own culture and the new worlds opening up to us.”

It is easy to correlate these sentiments with Garrison ​Institute’s stated mission, one which “applies the transformative power of contemplation to today’s pressing ​​​social and environmental concerns, helping build a more compassionate, resilient future.” Spokesman Binzen further describes the Institute as “a retreat-centered research center for contemplative practices.” He adds: “We are a non-sectarian organization and our interest is in the continuing application of ancient roots and religious roots — we apply an even hand. Philip Glass is a student of Buddhist traditions, in particular Tibetan Buddhist traditions. He says, ‘We have open arms for this tradition and also other traditions.’ With this he signals our foundational ideas.”

Garrison Institute has hosted quite a few community talks and special events but has rarely presented a concert. This one has been received with a great deal of interest, and “tickets have been selling at a very good rate,” says Binzen. If you have not purchased a ticket in advance it is best to check with the Institute beforehand to see if seats are still available, for as of this writing they are running at close to sell-out pace. General admission tickets are $50, $25 with student ID. Preferred seating, which also includes a private post-concert champagne and dessert reception with the artists, is available for $150 ($100 of which is tax deductible to the fullest extent allowed by law).

The concert takes place at 7 p.m.; doors open at 6:30 p.m. The Garrison Institute is located at 14 Mary’s Way, Route 9D. Tickets and information are available at garrisoninstitute.org/glass or by calling 845-424-4800.