Many communities at risk 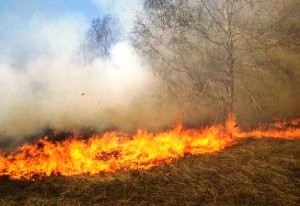 In the midst of wildfire season throughout much of the country, the U.S. Forest Service, the National Fire Protection Association (NFPA) and the Ad Council have launched a campaign to help individuals prepare their homes and communities for the threat of wildfire. Information can be found at Fire Adapted Communities.

Nearly 70,000 communities in the U.S. are at risk from wildfire, according to the National Association of State Foresters. Embers from a wildfire travel great distances, often causing new wildfires more than a mile away. It can take years for communities and local ecosystems to recover from a wildfire. In addition, wildfires cost governments, businesses and individuals billions of dollars each year in suppression costs and damage to homes, infrastructure, the economy and resources.

“This campaign will help individual homeowners and communities safeguard their homes from wildfire threats,” said U.S. Forest Service Chief Tom Tidwell. “As the old saying goes, an ounce of prevention is worth a pound of cure.” Tidwell continued, saying, “Wildfire is an inevitable fact of life … those living in fire-prone communities must prepare in advance to mitigate wildfire damage when it occurs. The more proactive actions a community takes, the more fire-adapted it becomes.”