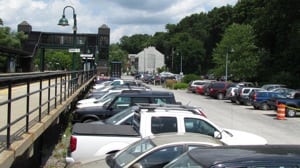 Commuters who use the Metro-North parking lot at Garrison will soon be able to say goodbye to its infamous potholes. LAZ Parking, the company that operates Metro-North’s parking areas, was scheduled to begin maintenance and improvements to the lot on Wednesday (Aug.1), although by midday no work had commenced. Areas most subject to potholes will be regraded, and some of the most heavily used areas will be paved. Drainage improvements will also be carried out.

While the upgrades are no doubt welcome news, commuters and visitors to the city will have to deal with some minor inconveniences. Construction will last six weeks, and parts of the parking lot will be closed as the work is completed, beginning with the south end of the lot.

On its website, LAZ states, “Parking, especially daily meter parking, will become extremely limited during the repair period.” The company advises drivers to consider using the Cortlandt station, which has metered parking. The station at Cold Spring is also an option. Parking permit holders can use any LAZ-operated parking facility.

LAZ operates parking lots in more than 1,600 locales across the U.S.

The parking situation may be improving at the Metro-North lot on the east side of the railroad tracks, however the Garrison’s Landing Association (GLA), owner of the private road west of the tracks, has recently had to take steps to prevent unauthorized parking on its property. 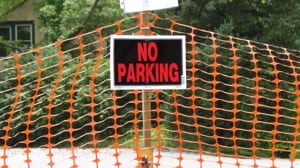 GLA has had a long-standing policy of limiting parking to residents of the Landing, along with business owners and their customers, guests, and patrons of the Depot Theatre and the Garrison Art Center. Margaret O’Sullivan, GLA’s secretary-treasurer, said that violations have continued to occur despite a number of signs that clearly indicate commuter parking is not permitted. “This is private property,” she said. “Tenants pay for parking as part of their rent.”

O’Sullivan said that some commuters have simply ignored the signs and even personal requests not to park on the property. As a result, notices from the GLA and the Putnam County Sheriff’s office were recently placed on unauthorized vehicles. In addition, the south end ​​of the property has been cordoned off with bright orange fencing in a move to prohibit vehicular access.

Pedestrian access to the train platform remains intact — numerous commuters are dropped off at the Landing each morning to catch trains into the city. While the GLA has the right to have the offending vehicles towed away, O’Sullivan said the organization has not yet chosen to do so.