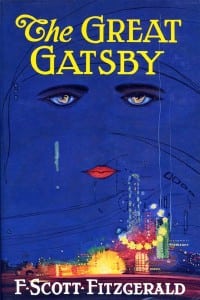 Dramatic readings of F. Scott Fitzgerald’s The Great Gatsby, adapted for the stage by Simon Levy, will take place at the Desmond-Fish Library in Garrison on Saturday, Sept. 15 at 7 p.m. and again on Sunday, Sept. 16 at 2 p.m. Kurt Rhoads is the director. Many well-known actors from the local theater scene are taking part, including Matthew Amendt, Brad Bellamy, Michael Borelli, Don Brown, Kate Eastman, Lucky Gretzinger, Suzanna Hay, Val Mudek, Kurt Rhoads and Nance Williamson. Theater lovers who are already regretting the end of summer and missing the Hudson Valley Shakespeare Festival can see many familiar actors here.

Kurt Rhoads is a co-founder of TrueNorth Theatre Project and has lived in Garrison for 10 years. He has acted and directed at Hudson Valley Shakespeare Festival and at WestchesterCommunity College. On Broadway he has appeared with Denzel Washington in Julius Caesar. He has worked around the country in theater, most recently in Merry Wives of Windsor at the Shakespeare Theatre inWashington,D.C. He and his wife, actress Nance Williamson, received the Patricia Adams award at the Desmond-Fish Library annual Associates Dinner this year. They have appeared in 58 plays together and, perhaps, as many readings.

A $10 donation is requested to pay for expenses. Places may be reserved at desmondfish.brownpapertickets.com. The reading is presented in conjunction with Putnam County Reads. Libraries and cultural organizations throughout Putnam County will present a variety of discussions, lectures, concerts and other events on The Great Gatsby theme this autumn. Copies of The Great Gatsby are available at the Desmond-Fish Library, 472 Route 403 in Garrison. For more information, please go to DesmondFishLibrary.org or call 845-424-3020.

The dramatic reading of The Great Gatsby will also be presented at the Beacon Institute on Friday, Sept. 14 at 7 p.m.