The great Peekskill economic development initiative of 20-odd years ago brought artists from New York City, lured by the municipal promise of obtaining expansive living/working spaces in former manufacturing spaces to re-populate the downtown area. The low rents and opportunities for renovations drew many visual artists up the Hudson’s creative pipeline. Regular Open Studio days saw major promotions, and the idea of shifting industries took off. Despite this, Peekskill has not seen the proliferation of galleries that its more northern neighbor, Beacon, now enjoys. 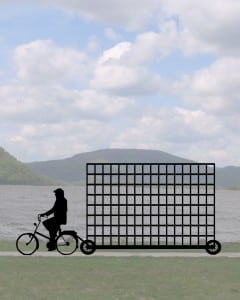 Peekskill’s 8-year-old Hudson Valley Center for Contemporary Art (HVCCA) is seeking to turn into the kind of linchpin that Dia has been for Beacon, and they have greatly increased the number of exhibits, installations, and performances that comprise their city-wide Peekskill Project V (PPV), turning what had been, in years past, a weekend-long presentation of site-specific contemporary artwork into one that stretches from this weekend (Sept. 29) through the summer of 2013.

HVCCA is a nonprofit “dedicated to the development and presentation of new art, exhibits and interdisciplinary programs that enrich our understanding of contemporary art, its contexts, and its relationships to societal issues.” Their 12,000-square-foot exhibition space is but one of multiple locales for the PPV. Elsewhere, art can be found in Riverfront Park, at the Peekskill gazebo, the Field Library, storefronts, in Pugsley Park, and throughout downtown Peekskill in empty lots —including one across from Bowman Towers — and currently vacant buildings and industrial spaces “loaned” to the HVCCA for this purpose, in some cases just for the weekend, but in others for multiple months.

There is even a bake sale held by the Ladies Auxiliary in conjunction with an installation at Tessy’s Deli on Main Street. This extension into the community at large is part of the other expressed goal of HVCCA, which is to commit itself to the enrichment of Peekskill. HVCCA hopes to achieve this through exposure at events such as this one and a complement of programs for local children including exhibit tours coupled with kids’ activities.

With an overview inspiration of “the Hudson River Valley” — not only the physical environment but the history of the river towns and the post-industrial landscape — a call for work proposals went out to a selected group of over 200 artists by a team of curators from multiple disciplines. About 120 artists were chosen, some who have submitted works already completed that meet the parameters, others who will be creating new works oriented to their allocated site. Artists were told what their space would be last May. Some have interpreted their theme literally, while others have taken a less obvious approach. 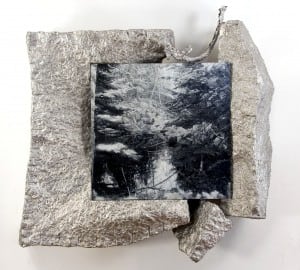 Realtors have come up with a mutually beneficial method of opening up some of their properties for public viewing as stops along the art tour in a double dip of showing the space and showing off the art. Businesses are opening their doors and allocating window space in much the same vein.

The opening weekend will be a hubbub of activity, with shuttle buses departing regularly from the train station, looping through town, stopping at locales where interactive pieces are taking place, artist talks are going on, and live music is being performed. A guided walking tour will take place at 4:30 p.m. on Saturday, Sept. 29. Many restaurants are offering discounts. From 5 to 7 p.m. on Sunday, Sept. 30, a public reception with live music will take place at the center.

The HVCCA was founded by Livia and Marc Strauss, longtime and avid collectors of contemporary art. HVCCA’s Executive Administrator Katrina Ellis describes their decision to situate the center in Peekskill as one influenced by Peekskill’s “undercurrent of art, but nothing there to draw visitors from the outside.” The availability of an all-too-typical type of property, an abandoned factory — in this case a no-longer-utilized ceramic-tile showroom — afforded a large space within which to house exhibits that frequently feature large works and installations. These exhibits feature an international range of work, hopefully eliciting an excited reaction of, as Ellis describes, “‘Whoa, I’ve never seen this before,’ without being necessarily shocking; it’s art that is not always shown to the public.”

The center was also designed to provide a context, through interdisciplinary programs, for understanding the art and its relationship to social issues. In addition to the exhibition space there is a video screening room and a contemporary-art resource library. HVCCA was initially begun with funding from a private foundation; it has transitioned to being partially grant-funded. Museum memberships are available.

The first editions of the Peekskill Project, which initially came about as a by-product of the center, took place on May 6-8, 2004, but were held for just one weekend. It stemmed from Livia Strauss’s idea of both including locals and attracting outside visitors, thereby supporting Peekskill in two ways. The earlier editions also utilized borrowed venues and outdoor spaces. “So much energy went into creating these events,” says Ellis, “but there were not enough opportunities for people to see the work. Livia wanted to make the fifth one stand out and also to incorporate the museum itself.” 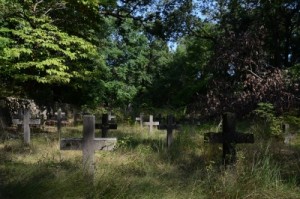 The nature of the borrowed spaces affixes limits to the duration of each part of the exhibition as a whole. Some have been loaned for days, others for months, but all are finite. The program will be invigorated over the winter months by showings of film and videos. In the spring there will be more performance-based art. The performance artists will be out there this weekend too: visitors might encounter Maria Driscoll McMahon, who dresses in garb made out of burdock roots and engages people; or there’s Andrea Bianconi, an Italian artist-in-residence at HVCCA. He has constructed steel grids that will be attached to bicycles going all around Peekskill.

A full rundown of all of this weekend’s activities, downloadable maps, and a preview of the artists and their artworks can be found at hvcca.org. There will be an information booth open at the train station during opening weekend. In order to view some of the spaces, people will have to come to the museum for entrance access. The HVCCA itself is located at 1701 Main St., Peekskill and the phone number is 914-788-0100. Its regular hours are Fridays, 11 a.m. to 5 p.m.; Saturdays and Sundays, 12 to 6 p.m.; Mondays through Thursdays by appointment.