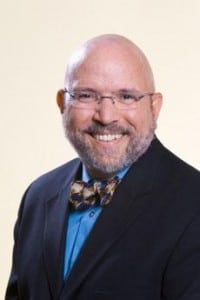 Steward T.A. Pickett, distinguished senior scientist at the Cary Institute of Ecosystem Studies, will speak at the Desmond-Fish Library in Garrison on Saturday, Oct. 13 from 5 – 7 p.m. This lecture, which is co-sponsored by Manitoga/The Russel Wright Design Center and the Cary Institute of Ecosystem Studies, will focus on the management challenges currently facing Manitoga and other Hudson Valley woodlands in light of climate change and invasive species.

Manitoga’s 75-acre landscape embodies modernist simplicity, shaped by iconic modern designer Russel Wright and the unique character of an abandoned quarry. While the echo of Wright’s work is visible today, the overall composition and detail have suffered over the past four decades.

One of the most significant threats is the hemlock woolly adelgid, an aphid-like insect native to Southeast Asia that feeds primarily on hemlocks. Rapid spread of this species during the last 50 years has resulted in an overall removal of nearly half of the forest canopy at Manitoga and other Hudson Valley woodlands.

Hemlock devastation not only threatens the integrity of the landscape design but also causes a marked disturbance in the ecosystem, as hemlocks play a role not replicated by any other tree species in the eastern United States.

Another factor that poses a considerable challenge is the dramatic increase in the white-tailed deer population, which causes reduced diversity of woody and herbaceous forest species (flora) and impacts the wildlife forest species (fauna). These issues, compounded by significant damage resulting from 2011’s Hurricane Irene and an untimely snowstorm, result in large expanses of woodlands at risk.

Earlier in the day, Manitoga hosts a cocktail walk from 2 – 4 p.m. The center is located at 584 Route 9D in Garrison.