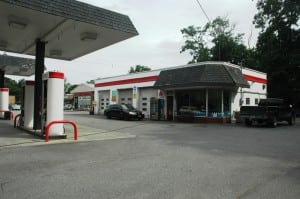 The Elmesco garage, with the Grey Printing-Main Course building in the background to the left. (Photo by L.S. Armstrong)

(editor’s note: The Paper version incorrectly stated the cancelled meeting was Nov. 6.  There is no scheduled meeting on that date at this time.)

The request by the Cold Spring Planning Board for a review of the traffic study done in support of the Elmesco application for a Dunkin’ Donuts franchise has resulted in a postponement of the previously scheduled Nov. 5 meeting of the board.

Instead the Planning Board will likely schedule a meeting in the first week of December after John Meyer Consulting, the firm retained by the board, has had an opportunity to examine and report to the board its findings regarding the adequacy of the Tim Miller Associates study, which found no negative traffic impact from locating the Dunkin’ Donuts and a convenience store at the service station on Chestnut Street/Route 9D.

The December meeting will likely be when the Planning Board makes its decision on the application. Chairman Joseph Barbaro 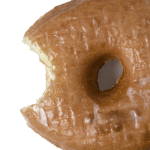 told Philipstown.info that if the board believes there is a need for further discussion of issues regarding the application, it will schedule an additional workshop for late November. A determination on another meeting will be made in early November, Barbaro said in an email.

The agreement to retain Meyer Consulting, delay the next scheduled meeting, and extend the 62-day deadline for a decision an applicant is entitled to after a public hearing, came from discussion between lawyers for Elmesco and the Planning Board in the aftermath of the last board meeting on Oct. 16. The new deadline for a decision, which can be extended, again, by agreement of both sides, is Dec. 9.