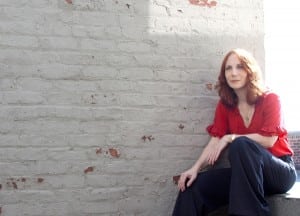 Wolper is a jazz singer, songwriter, and improviser who has appeared in clubs, festivals and concert spaces in the U.S. and internationally. She offers private singing lessons in her studio and conducts clinics for jazz vocalists and workshops on improvisation on all instruments. She is a past president of International Women in Jazz and served on the Advisory Board of the Jazz Vocal Coalition.

Filiano performs throughout the world, playing and recording with artists in jazz, spontaneous improvisation, classical, world/ethnic, and interdisciplinary performance. An integral member of numerous ensembles, he also composes for his own quartet, Quantum Entanglements. Filiano teaches bass and improvisation at his Brooklyn studio and at The New School in New York.

Originally from Kansas City, Mo., Howell was inspired and taught by his father and by noted KC guitarist Herley Dennis. He has performed and recorded with his own group as well as with musicians such as Bobby Hutchenson, Hampton Hawes, Art Blakey, Gene Ammons, Woody Show, and George Duke. He has recorded three solo albums and has toured with the Boys’ Choir of Harlem and for five years with Dizzy Gillespie. Howell has taught at the Brooklyn Conservatory of Music, Lucy Moses School for Music, and at the JazzMobile Workshop.

Admission is $15 at the door, $10 for seniors and students. The Chapel Restoration is located at 45 Market St. in Cold Spring. Free parking is available directly across the street from the Chapel at the Cold Spring Metro-North train station.