If there is one thing I do not want to think about the day after Thanksgiving, it is food: not cooking it, not eating it, not hunting for it in my leftover-crammed refrigerator. And yet my body seems to have a different agenda. No matter how many extra calories I managed to double-park on my midsection during the feast (estimates place the average American’s total intake at between 2,500 and 3,000 for the one meal), I discover, not long after I wake up the next morning, that I am once again feeling — can it be? — peckish. 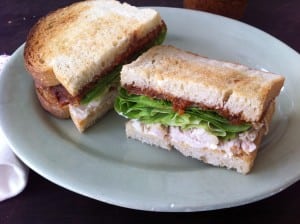 Worse still, by lunchtime I find myself inexorably drawn to the exact same foods that left me catatonic the day before. It makes no sense, but there you have it. We must eat leftovers, even though we are expected to fit into our civilian clothes by the time Monday morning rolls around.

When I was a kid, my mother transformed Thanksgiving leftovers into something wonderful that did not have a name, only a texture; we dubbed it Mush. To make it, she chopped the turkey into bite-size pieces, combined it with some stuffing, stock and gravy, heated it all together on the stove, and served it over white rice; cranberry optional. Later, after I moved away from home, I decided that nostalgia must be tampering with the accuracy of my memory because Mush (so obvious, so dull) couldn’t possibly taste great — not in any grown-up sense of the word, anyway.

For many years, I avoided it. But lassitude wears you down after you have kids, and I cooked it up one holiday weekend several years back, and discovered that it actually is delicious — surprisingly better than the sum of its parts. Indeed, my husband, Peter, is such a fan that he suggested I dedicate this whole column to the glories of Mush. I demurred, but included the two preceding paragraphs as a concession to him. Marriage is all about such things, isn’t it?

Additional leftover inspiration came from Jamie Oliver, via his cookbook, Jamie’s Great Britain. In it, I found a recipe that reminded me of something I’d learned at YMCA camp decades ago: that day-old mashed potatoes can be made into fried potato cakes. (Oliver calls them “Glasgow Scones,” which sounds so much nicer than “YMCA Patties”) 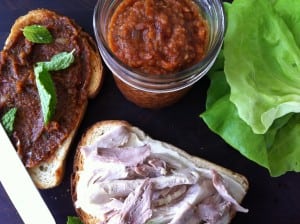 Mix the mashed potatoes with about one part flour to every four parts potato, a pinch or two of baking powder, and some minced chive or scallion, then form them into flattened little cakes, dust the outsides in flour, and fry them in a skillet in some butter or oil for 10 minutes or so, turning them often, until the outsides are crusty and golden. You can top them with scrambled eggs and smoked salmon, as he suggests, or with Brussels sprouts, if you have no choice.

Recently, I made a new leftover discovery: A plain, roasted sweet potato can be substituted for the tahini in hummus — one cup of the former for two tablespoons of the latter in the hummus recipe I published here on Oct. 23 works well, with a little extra cumin and coriander thrown in for fun.

But the thing I crave most right after Thanksgiving is a turkey sandwich. It seems to satisfy some unresolved craving awakened by the feast. One reason for this is obvious: The ingredient most lacking from roast turkey is mayonnaise. (Perhaps next year I will work out a way to inject mayonnaise via hypodermic into my bird’s breast just before serving; it would solve so many problems!) Plus, the clear, bright flavors of a sandwich are a welcome contrast to the muddled, gravy-soaked ones of the big feast.

Yet by day 3, mayonnaise alone isn’t enough to justify another sandwich. Which is why, last year, I revisited a recipe I’d come across long before in Marcus Samuelsson’s The Soul of a New Cuisine, for tomato-date jam. It’s a North-African-inflected recipe; a bit like ketchup, but not really. You can spread it thick on your sandwich, cover it with mint leaves, layer on winter greens or soft, Bibb lettuce, and send your remaining turkey off on the gustatory version of junior year abroad, to mingle with compelling new flavors.

The long ingredient list might make this recipe appear complicated, but it’s actually super easy: After the nuts are toasted, you throw almost everything in the pot and leave it to cook itself.

pinch cayenne, or to taste

¼ cup mint leaves (from about 4 sprigs)

Heat a medium saucepan over low heat. Add the pine nuts and toast, shaking the pan occasionally, until golden and fragrant, about 10 minutes. Add the next 10 ingredients (through the cayenne), stir to combine, and leave to simmer about 40 minutes, stirring occasionally, until thick and deep-red. Puree in a blender or the small bowl of a food processor. Add salt and lemon juice to taste. Allow to cool, then mince the mint leaves and mix them into the jam.