Noting their hours of research and review and need to balance complex concerns, two members of the Cold Spring Historic District Review Board say they ultimately voted for demolition of the old Butterfield Hospital because of issues of the hospital’s “historic fabric” and an inability to save only part of the structure.

The hospital was initially completed in 1925 as a single, Georgian-style, neo-colonial edifice; expanded in 1941 by a new wing reflecting the same basic style; and greatly enlarged by a modernistic 1963 make-over that largely obliterated the original construction. Paul Guillaro of Butterfield Realty LLC, the property owner, intends to replace the entire dilapidated building with a new multi-usage, public-private development; the HDRB voted 4 to 1 on Wednesday to approve his application.

Before making a decision, the board spent several hours, over the evenings of Dec. 17 and Dec. 19, preparing a written resolution discussing the vote; members continued to make changes to its text until the last minute. HDRB members Kathleen Foley and Carolyn Bachan, read statements after the vote, explaining their perspectives. They subsequently provided copies of their statements to Philipstown.info. Both described the hospital as historically significant, in several ways. 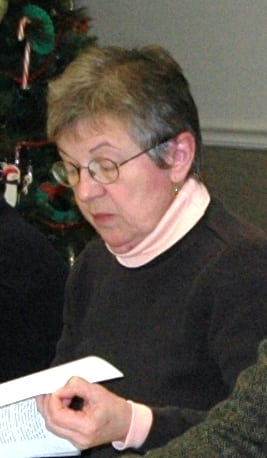 Carolyn Bachan, at work at a recent HDRB meeting; photo by L.S. Armstrong

Bachan said that after listening to the views expressed at public hearing; reading all the reports, legal memos, and related documents; and touring the site, she concluded “that parts of the building physically and visually possess historic character consistent with the overall built environment of Cold Spring,” and “that persons significant to the history of Cold Spring and/or to the nation were associated with the building, even if only in a memorial sense.”

The hospital bears the name of Julia Butterfield, a pillar of 19th-century Hudson Valley high society, who left money for it in her will. The 1941 wing honors Ida Timme, a women’s suffrage advocate and backer of other causes in the first decades of the 20th century. Architects with high professional reputations designed the 1925 and 1941 parts. A span of 1925 exterior wall, with distinctive decorated bricks, remains from the original building, but is not readily visible to passers-by.

Foley found that the hospital “is historically significant on the local level when considered as a whole. By virtue of its role as a community hospital and a major employer in the village, it possesses a particular historic interest and value as part of the cultural, political, economic, and social history” of Cold Spring.  “It is clearly identified with a number of personages who significantly contributed to the development of the community; and at least one, Ida Timme, who contributed to the political and social development of the state and nation”; she said, adding that it likewise “embodies the distinguishing characteristics of several architectural styles, construction methods and historic periods, particularly as they relate to the provision of public health in the U.S.”

Furthermore, she said, “it is a complex with component parts which on their own lack individual distinction, but read as a whole are cohesive and indicative of the 20th century evolution of the design of public health care facilities.”

Despite the building’s historical roots, Bachan said her voted rested “on two issues and two issues alone: ability to observe remaining historic fabric from a publicly accessible right of way,” as specified by the village code as well as the HDRB’s design standards, and on “the fact that the application is for demolition of its entirety, not of selective sections. We cannot use X-ray vision or decide to approve one phase and not another,” she said.

Bachan also mentioned, although not as a paramount factor, “concerns about the feasibility of restoration of any portion of the building, and the extent and condition of any remaining historic fabric.  Any building can be restored if you throw enough money at it,” she said, “but that might not be based in reality,” not really sensible. 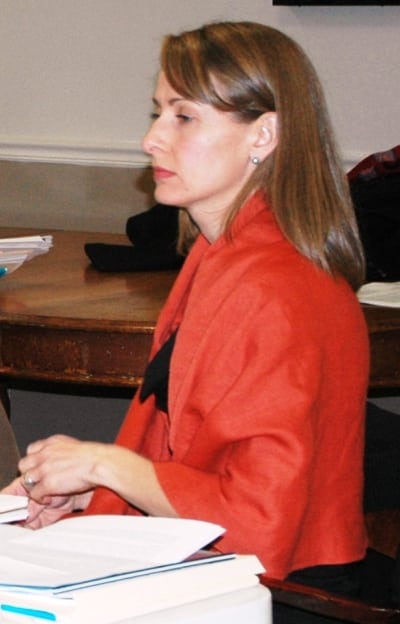 Foley said that after analyzing the hospital’s historical significance, she turned to its “integrity,” a second vital consideration. “The integrity of the hospital — its ability to convey its significance — is an incredibly complicated and difficult question, and I have struggled with it,” Foley said. “The challenge we have is the unfortunate 1963 addition, which I see as a significant encumbrance to the integrity of the property.” She said that “architecturally, the most significant and distinct element of the hospital was its original 1925 construction” but “that structure was radically modified” by the 1963 expansion, in an example of architectural “hack work.”

Meanwhile, the Timme wing remains “the most intact portion of the hospital,” and as an architectural historian and preservation planner, Foley said she determined that it is “the portion of the complex that retains the highest degree of significance as well as integrity.”

However, “the constraints of the application don’t allow us to consider the retention of a single element. It’s all or nothing,” she said. “Therefore, I had to ask myself if I thought the significance and integrity of the Timme wing outweighs those portions — ’25 and ’63 — which are significant but lack integrity, and whether I thought that balance would justify the retention of the whole. I think that they do not. The Timme Wing could not stand on its own” and by itself “would not have sufficient integrity to justify its retention.”

Assessing elements in the controversy

Both Foley and Bachan adopted a critical tone regarding elements of the civic debate over the hospital.

Foley referred to Guillaro as someone who seemed “willing to meet community desires and modify his approach to his project to meet community needs” and said that “when he first began having conversations with the HDRB, he came” with a “spirit of compromise.” In early September, Guillaro proposed to the HDRB that he retain the remaining part of the 1925 core and reconstruct the building. That idea foundered when the HDRB opinion split on whether to demand the 1941 wing be saved as well.

Foley suggested that the board and Guillaro could have reached an amenable solution in time. “Had our negotiations with him been allowed to play out as they normally do with other applicants,” she said, “I believe that we would have a different application than we had today, and this community would not have been faced with such a difficult question — an up-or-down vote on the complete demolition of an historically significant public structure.” She did not explain what thwarted those negotiations.

Over the fall, HDRB members clashed stridently with Mayor Seth Gallagher and Village Attorney Stephen Gaba over the definition of “historic” as applied to a building, the criteria for HDRB decision-making, and differing interpretations of whether village officials’ involvement constituted improper attempts to dictate to the HDRB or instead legitimate efforts to ensure the HDRB correctly applied the village code of law. At a testy session in mid-September, Foley cited Gallagher and Gaba’s intervention, declaring that “what this smacks of is the mayor and village attorney telling us how to vote on an application.”

Bachan criticized reports by consultants who prepared an HDRB-commissioned 2010 survey that found the hospital to be “non-contributing” to the historic district, and by a separate firm working with Guillaro that also found the hospital to be unimportant in terms of architectural history. “Neither, I thought, complied with a standard of professionalism,” Bachan objected. Similarly, a Butterfield Realty legal memo on demolition “is quite shallow,” she said, “and includes some arguments that are simplistic, narrow, based on factual errors, and internally inconsistent.”