By his admission, Scott Williams, along with his partner in song Brian Hade, tore it up some during their 20s, performing “up on the mountain” (Woodstock) with tearing-it-up bands like J. Geils and Edgar Winter. As they got married and started families, their lifestyles changed and their music, turning more to the folk-rock tradition, reflected those changes. The pair, with decades of performing behind them, will play their first 2013 date for their God’s Family Tour at the Depot Theatre’s Music Tracks on Saturday, Jan. 12 at 8 p.m. 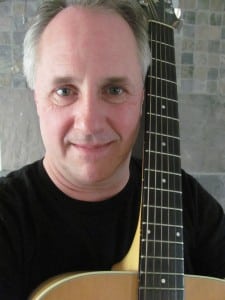 Williams calls their music “Christian contemporary” and explained that while most of the Christian music produced today is “worship music,” i.e., the object of the music is to worship God, their music is about the “everyday challenges of life and how God’s word applies.”

“What we do,” he said, “is like a journal of daily life: what you and I go through and how we apply the challenges. We address things going on in our own lives, and there’s a 9-of-out-10 chance that we’re not the only people dealing with these things — it’s the challenge of being a human being in our culture.”

This concert and tour will be all-acoustic, something Wiliams said the music lends itself to. Over the years, Hade and Williams have played together off and on, but they have never before toured behind the material, which Williams further described as “being in the James Taylor; Eagles; Crosby, Stills and Nash; easy-listening; singer-songwriter style — there’s nothing generic to any specific age group.”

They are trying something new this time around and have already gone into the recording studio and recorded the parts written for the backing vocalists who often accompany them. “Normally we write for a big vocal constituency,” Williams explained, “but since it’s just the two of us this time, we tried this.” They’ll be giving the audience a background on each song in concert, helping the audience “understand where the writing comes from,” he added. 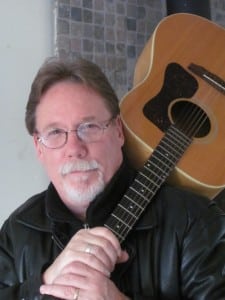 Most of the music on this tour has been penned by Williams, although earlier efforts featured the work of both equally. The pair met in the 1980s when both worked for an advertising agency on the JVC Jazz Festival campaign.

They started playing together and in the years since have played up and down the Hudson Valley, a highlight being a chance to perform with Pete Seeger. Both are excited about playing at the Depot Theatre; Williams has performed there and enjoys the “intimate space.” Calling this area “a great enclave of musicianship,” he said, from speaking with musicians, “it seems like everyone’s moving there.”

Above all, said Williams, “Our intent, what we want to do, is to offer a little bit of comfort, to have the audience come away uplifted. Brian and I, per se, aren’t important — the message is what is important.”

Visit glorylandmusic.com to learn more about Williams’ music and to listen to audio tracks from his last CD.

Concert tickets cost $15 and are available through Brown Paper Tickets.