William “Bill” Edward Sohan III, 65, a resident of southern Dutchess County since 1974, passed away peacefully on Wednesday, Jan. 9, 2013 in his home. 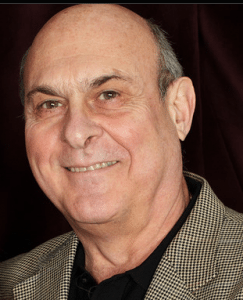 Born in Brooklyn on Feb. 20, 1947, he was the son of William Edward Jr. and Angelina Sohan. Following a tour in Vietnam from 1965 to 1967, Bill began an illustrious career as a commercial banker with Chase Manhattan Bank, Fishkill National Bank, and by the mid-’80s, became vice president of Pawling Savings Bank in Fishkill.

In 1984, Bill was elected president of the Fishkill Rotary Club. Over the years, he was actively involved in the Southern Dutchess Chamber of Commerce. He also served on the Board of the Fishkill Rural Cemetery. In 2004, Bill was instrumental in the fundraising and dedication of the historic clock that stands in front of the Village of Fishkill Town Hall.

In 1991, Bill established Tutti Quantis Ristorante on Route 9 in Fishkill. After fire damage, the restaurant relocated to Main Street in Fishkill. Some will recall how he would come from behind the counter to sit and chat with his customers. They were all his friends; it was one big happy family. After temporarily retiring from the restaurant business in 2005, Bill opened up another restaurant in Cold Spring, Whistling Willie’s American Grill, in 2007. Bill can be credited with reviving the local live-music scene.

Beyond his professional career, Bill enjoyed hunting, crossword puzzles and the many years of car shows with his 1966 Corvette.

He is survived by many loved ones, including Linda Sohan and their three sons, William Edward Sohan IV and his wife Jill, Brian Sohan and his wife Allison, and Brendan Sohan and his fiancé Nicole Sgrulletta; grandchildren Sydney, Will, Reagan and Hugh; Laura Morgan and her three children, Lauren Morgan and her fiancé Paul Rigano, Eric Morgan and Nicole Morgan; his sisters Theresa Basile and Camille Lombardi, with her husband Paul; also many sisters- and brothers-in-law, nieces, nephews and other loving relatives and friends.

Calling hours will be from 2 to 6 p.m. on Saturday, Jan. 12, and Sunday, Jan. 13, at the McHoul Funeral Home of Fishkill, Inc., 1089 Main St., Fishkill. A funeral service will begin at 6 p.m. on Sunday at the funeral home, immediately following calling hours. The U.S. Army will conduct Military Honors.

One thought on “Services for Restaurateur Bill Sohan Set for Jan. 13”