The Desmond-Fish Library in Garrison will present its 17th annual Martin Luther King Jr. Day observance, Bringing the Dream Home: Civil Rights and the Hudson Valley, with a potluck supper and speaker’s program for adults Sunday evening, Jan. 20, at 6:30 p.m., and a concert for children and families Monday afternoon, Jan. 21, at 2 p.m. 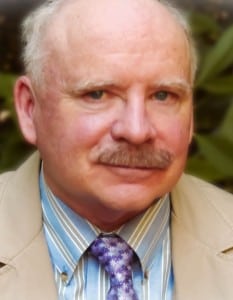 Had he lived, Martin Luther King Jr. would be turning 84 this week. What would he have thought and done about the key issues confronting Americans today — the economy, national security, the environment? That is the theme of this year’s Sunday evening potluck supper, speaker’s program and discussion, featuring nationally recognized civil rights historian Stewart Burns.

Burns’ books include his award-winning 2004 MLK biography To the Mountaintop, his Montgomery bus boycott history Daybreak of Freedom, which was made into the HBO dramatic film Boycott, and his forthcoming Regeneration, on how King’s legacy could help build a democracy capable of confronting poverty, racism, war and climate change.

At the library, Burns will show excerpts from the film and answer questions about his views in Regeneration, on how contemporary issues and social movements, from Afghanistan to Occupy to climate change, relate to King’s actions and words, including his seminal 1967 speech at Manhattan’s Riverside Church.

“Of course we can’t know exactly what Dr. King would have said about the big issues of our time, but his values and spirit are highly relevant,” said Burns. “He spoke of the ‘triple perils’ of poverty, racism and militarism, all intertwined in a malignant kinship,” said Burns. “That’s still a relevant insight today, though there have been significant changes in the last 45 years. For example, today we’d have to add environmental threats to King’s list of key, interconnected perils. He couldn’t have anticipated climate change or for that matter the explosion in technology. But there is much in his teachings and legacy that we can apply to today’s realities.”

In fact, Burns does this in his own work as longtime activist engaged in movements for peace, racial understanding, and economic and environmental justice. He is currently the coordinator of community engagement at Williams College.

Monday at 2 p.m., the library presents its MLK Day children’s program featuring the American roots music of the Ebony Hillbillies, emceed by Cold Spring storyteller Jonathan Kruk. One of the last black old-time string bands in the U.S. and the only one based in New York City, they’ve delighted audiences at Carnegie Hall and Lincoln Center, and once before in the library’s program room. Now they’re returning for an MLK Day concert appropriate for all ages. 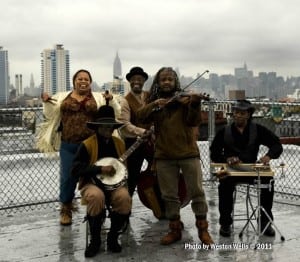 Both the Jan. 20 adult program and Jan. 21 family program are free and open to the public. Bringing food to share to the Sunday evening potluck supper is welcome but not required.

These events are made possible by generous support from The Friends of Desmond-Fish Library, Philipstown.info / The Paper and EASTER Foundation / Ann & Fred Osborn III. For more information see desmondfishlibrary.org, email [email protected], or call 845-424-3020.