With the turmoil over the Butterfield property underlining the burdens of the job, four candidates have nevertheless emerged so far to contend for Cold Spring mayor and two other trustee seats. Altogether there are five trustees, including mayor, with staggered terms of office.

The only candidate running for mayor so far is J. Ralph Falloon, an incumbent trustee serving for the last six years. If elected, Falloon would succeed Seth Gallagher, who has chosen not to run for re-election. A professional firefighter in Connecticut, Falloon is also a long-time member of the volunteer Cold Spring Fire Company. In addition, he has worked as a part-time emergency response coordinator for Putnam County Bureau of Emergency Services.

Bruce Campbell, a current trustee who serves as deputy mayor, is also running for re-election in what would be at least a three-way race for two seats. Campbell previously served as a trustee from 2002 to 2006, and also served on the Haldane Board of Education from 2006 to 2009 before rejoining the Village Board of Trustees.

Another stalwart of the fire company — the president, Mike Bowman, told The Paper he is running for trustee with the intention of addressing a number of structural issues in the governing process. 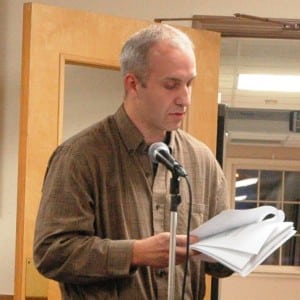 In an interview, he spoke of more open government and transparency, more follow-through on long-standing village issues such as parking, more efficiency in the planning process, and leveling the playing field between the mayor and trustees.

Aside from his fire company involvement, Bowman is an information technology professional at Marist College, where he both repairs computers and teaches usage to students.

Civic activist and volunteer board member Stephanie Hawkins is also out obtaining the needed eligibility signatures for her trustee candidacy. Hawkins has served for several years on the village’s Special Board for a Comprehensive Plan/Local Waterfront Revitalization Plan as well as the Philipstown Recreation committee and the Philipstown Depot Theatre board. She is also a founding member of the Cold Spring Film Society, which sponsors screening on the riverfront.

Professionally Hawkins has spent over 20 years in the publishing industry. Currently she is the director of contracts for a children’s publisher in New York City.

To be eligible for the March 19 election, candidates must file at least 50 valid signatures from Village of Cold Spring registered voters by Feb. 13.