Cold Spring resident Judy A. Farrell recently joined Jewish Guild Healthcare as vice president of government affairs for GuildNet. Before she joined the Guild, Farrell was director of government affairs for Visiting Nurse Service of New York, where she worked from 2002 to 2013. Previously, she held positions in public service in the City of New York as the director of Health and Human Services and director of Policy/Budget for former Bronx Borough President Fernando Ferrer. 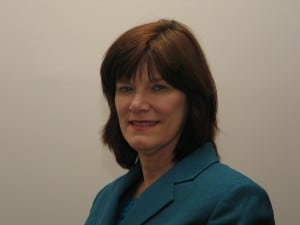 Farrell received her master of public policy and administration from Columbia University’s School of International and Public Affairs, with a concentration in health policy and coursework at Columbia’s Mailman School of Public Health. She received her bachelor’s in political science from Lehman College, City University of New York.

Since its founding in 1914, the mission of the Jewish Guild has been to help those with vision loss live with independence and dignity. The Guild is a not-for-profit, non-sectarian agency that serves persons of all ages who are visually impaired, blind and multidisabled. It provides a wide range of programs and services that include clinical services, low vision rehabilitation, adult day health care, mental health services, education, and programs for individuals with developmental disabilities. It also offers health plans and provides, manages and coordinates health care services so that people with long-term care and other special needs can live safely at home. More information can be found at the website guildhealth.org.