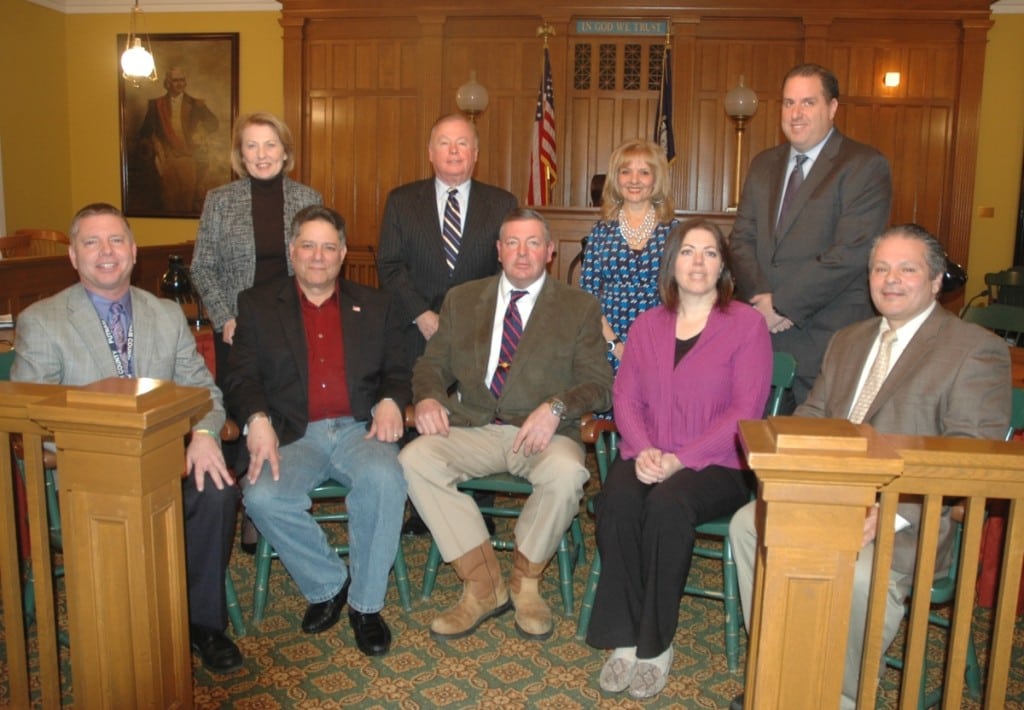 On a voice vote, the nine legislators, including District 1’s Barbara Scuccimarra, who represents Philipstown and part of Putnam Valley, backed a resolution that invoked the 2nd Amendment and gun rights. The legislators added the resolution to the agenda shortly before their monthly meeting, did not include it in the otherwise voluminous documentation on agenda items available online, and did not read the text aloud before the vote. A legislative aide supplied a copy after the meeting, held at the Old Courthouse in Carmel.

In tandem with the resolution on their views of gun rights, the Legislature passed a second resolution, objecting to the new state law’s provisions on record-keeping on mentally ill persons deemed likely to engage in violence, terming these requirements, too, an onerous unfunded mandate.

Following the mid-December massacre of 20 young school children and six faculty members in Con­necticut and the murders of two firefighters responding to a blaze in a rural northern community, the New York State Legislature enacted the new gun control law, called the New York State Secure Ammunition and Firearms Enforcement Act of 2013, or NY SAFE.

It bans new semi-automatic assault rifles, handguns and shotguns (assault guns owned remain legal but must be registered); decreases the allowable size of high-capacity ammunition magazines; demands recertification of handgun and assault-weapon owners every five years, at the county level; initiates mental-health related rules, including cross-checking of lists of the mentally unstable against gun registrations; and otherwise attempts to curb gun mayhem.

Gov. Andrew Cuomo, a Democrat, signed the law on Jan. 16. Putnam County’s legislators are all Republicans, except for District 2’s Sam Oliverio, a Democrat who also ran as a Conservative in 2011.

The county legislators said they “oppose the enactment” of NY SAFE “because it fundamentally alters or abridges the right to keep and bear arms without addressing the problems of gun violence.” They asked the governor and state Legislature “to set aside and annul this ill-conceived and poorly drafted statute which abridges the rights of law abiding citizens” and, until that happens, “to remove any and all possible unfunded mandates created or that may be created by this legislation.”

They also claimed that the law “contemplates the creation of a new unfunded mandate requiring the counties to absorb the cost of the initial and periodic recertification procedure.” They as­serted that NY SAFE “will have a detrimental effect on hunters, sportsmen and legal gun owners; imposes burdensome new regulations upon law-abiding gun owners and will curtail the rights of law abiding citi­zens” and “while denying the rights of law abiding citizens, fails to address the problem of acts of vi­olence perpetrated by criminals and those who are dangerously mentally ill.”

Moreover, they declared, it “creates an environ­ment in the state which is hostile to gun manufacture and ownership.” Furthermore, they argued, “the right to bear arms is guaranteed by the 2nd Amendment of the U.S. Constitution, as well as the Civil Rights Law of the State of New York.”

Despite the defense of gun rights in their resolution, in their comments from the dais the legislators focused not on guns but unfunded mandates.

“It’s not gun rights, right now. It’s the administration of what they’re going to impose upon us,” said Richard Othmer, the county Legislature’s chairman. “It’s basically the administrative costs that’s going to come down to all the counties.”

“We’re not in discussion of the gun rights issue, because the county already spoke to that,” Legislator Anthony DiCarlo, of District 9, told his colleagues. “The most important part now, moving forward, is that the state government is taking their responsibilities and shifting it down to the counties, where they want us to move forward and pay for initial costs and periodic certification. That’s the big issue,” unfunded mandates.”

DiCarlo also pointed out that school security issues (covered by the state’s Safe Schools Against Violence in Education law) require local actions and recommended that the legislators talk to their state Legislature members “because up in Albany they’re going to have to revisit this.”

After brief debate, the legislature voted on a transfer of $23,139 from a contingency account to the Putnam County Tourism Office. The amount funds tourism promotion efforts “as a result of the reduced state’s match for the ‘I Love New York’ program,” according to the resolution on the transfer.

The county had sought $199,250 in ‘I Love New York” state funds, but received $57,143, as a January letter from Kenneth Adams, commis­sioner of the New York State Department of Economic Development, informed Tourism Director Libby Pataki, a Garrison resident. The county set aside $181,000 for the tourism office in 2013, but it anticipates total expenses for the year of $204,139 — hence, the need to make up the $23,139 difference through the transfer.

District 8 Legislator Dini LoBue attempted to postpone the transfer, until she received answers to various questions. “This is a lot of extra money. For my vote, I have to have an explanation on how the money is being spent,” LoBue said. She said the money was for a communications director and that the transfer funds come from an account, controlled by County Executive MaryEllen Odell, earmarked for temporary needs.

“The communications director hired by the tourism office and paid through the tourism line” in the budget “is now being paid from the county executive’s ‘temporary’ line,” LoBue said. “So I think this needs some discussion.” Three other legislators agreed, voting with her to postpone the vote on the transfer.

District 7 Legislator Joseph Castellano observed that the county is getting a matching grant from the state for tourism activity as part of the overall arrangement and that the county commissioner of finance had agreed on the wisdom of the budget transfer. “And I believe it’s a truly good thing for Putnam County,” he said.

The legislators then voted 5 to 4 against the postponement and almost immediately followed that decision with a 6 to 3 vote approving the transfer.

The Legislature did delay another vote, on a resolution establishing a county ban on the sale of fracking waste, its use on roads or land, and its introduction into wastewater treatment plants, including those not run by the county government.

Fracking, or hydraulic fracturing, extracts fuel from underground rocks through use of fluid, generating waste that, as critics contend, can contain heavy metals, radioactive ma­terial, and hazardous chemicals. Although Putnam County is not seen as a candidate for fracking, the possibility of dangerous fracking byproducts entering the county has caused concern for months and prompted discussions in Cold Spring and Philipstown.

The draft law bans use of fracking waste “on any road or real property located within the County of Putnam,” which appears to apply to private property and roads not maintained by the county as well to roads the county does oversee. Westchester County has enacted a similar ban.

Oliverio questioned the validity of the draft measure and infringements on local governments. “There is some discussion about whether this law in its original shape is legal, to impose upon our towns the restrictions we’re putting in for our county,” he said. “It’s been brought to our attention that we believe home-rule supersedes the power of the county to impose this.” He recommended the Legislature “clarify the home rule issue” before moving forward.

Although they rescheduled action for March, the legislators did not seem op­posed to banning fracking waste. “We all unanimously support the ban on that” waste hazard, District 5’s Carl Albano said.

“It’s a very important issue,” Scuccimarra added, noting that considerable support for the fracking-waste ban exists in the county.

Two members of the public spoke in favor of the proposed law. One, Paula Clair, who serves on the Philipstown Zoning Board of Appeals, addressed the Philipstown Town Board on the issue last year.

“Whether or not fracking gets approved by New York state, it’s still a problem,” she told the Legislature. Fracking opponents say waste from the industry’s activities in nearby Penn­sylvania and elsewhere could end up in New York, as a road surface treatment or a cast-off mess for dis­posal. “The industry has a problem disposing of the waste because it’s very toxic,” Clair said. “I don’t want Putnam County to be one of their solutions.”