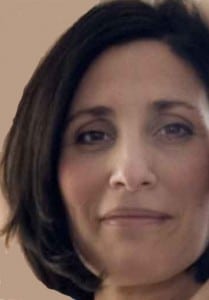 From 2005 to 2010, Cross was with Dia Art Foundation, ultimately serving as director of external affairs for Dia:Beacon in Beacon. She was a member of the interpretive team that first introduced the public to the architecture and collections of Philip Johnson Glass House in New Canaan, Conn., during its inaugural year. Additionally, she has developed cultural and educational travel itineraries here and abroad and lectures on art and architecture for RSVP Italia, which she founded in 2000.

Cross has spent considerable time in Italy where she has been guest lecturer for the Garden Club of America, Road Scholar, Archetours, Smithsonian Institution, among other organizations. She also served as assistant professor/program director for Syracuse University’s Environmental Design in Italy program and as assistant professor/program coordinator for its environmental design program at the New York campus.

Cross holds a master’s of art history and bachelor’s of science in environmental design degrees from Syracuse University.

Manitoga/The Russel Wright Design Center, located in Garrison, is the home, studio and 75-acre woodland garden of preeminent American industrial designer Russel Wright (1904-76). Wright’s modernist designs for living influenced the lives of millions of Americans from mid-century onward. His fundamental philosophy and innovative approach remain relevant today as well as for our future.

Created by Wright to explore the harmony between nature and design, Manitoga is a National Historic Landmark and charter member of the National Trust for Historic Preservation’s Historic Artists’ Homes and Studios program. Manitoga’s mission is to preserve Wright’s legacy — his home, landscape, products, archives and philosophy — and share them with professionals and the public. For further information, visit russelwrightcenter.org or call 845-424-3812.