J. Ralph Falloon will be the next mayor of Cold Spring on March 19 when the first voter selects his name. There will no other choice. Falloon, currently a village trustee, is running unopposed, but not before a bit of comic opera played out this past week regarding a supposed opponent.

Last weekend, Barney Molloy, a resident better known to local politicians and the Putnam County News and Recorder (PCNR) than the village citizenry, announced to an email list of presumably interested recipients (the list was hidden from view) that he was in fact running for mayor primarily because he didn’t believe it made for good politics for someone to run unopposed. Forty-eight hours later, Molloy decided not to file his petition for a place on the ballot. He had indicated in his email that he had the necessary 50 signatures.

According to a story in the PCNR, Molloy, described as a ”seasoned operative,” withdrew from contention and threw his support behind Falloon after the two sat down for lunch to discuss mutual concerns. 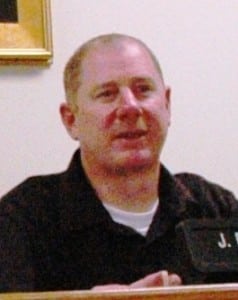 Falloon, in an interview with The Paper, said he had welcomed the meeting with Molloy because it was an opportunity to discourage an opponent. “Now it’s a hurdle I don’t have to climb over,” he said with obvious relief in his voice.

Falloon said he spoke freely with Molloy to give him “a feeling of who I was and how I wanted to accomplish things. I think he found I had the right mindset about matters in the village and how to approach them,” said Falloon. He said he welcomed Molloy’s support as he would any village resident, but he dismissed the idea of a political agreement and said there had been no discussion of endorsement during the meeting. “He didn’t say why he changed his mind,” said Falloon. Molloy has not responded to email inquiries from The Paper.

Given his lifelong roots in the village and his service in the fire company, on the Village Board, and his work coordinating emergency services for the county, Falloon had a right to feel confident about his chances against almost any opponent. However, he said: “You can’t go into a race thinking you are the winner. This is a big weight off my shoulders. I can start now to work on my vision and goals instead of having a month of stress over the election. So it was worth it,” he said.

Falloon expressed understanding of how some people might suspect there was some kind of political accommodation involved, given the picture of him and Molloy exchanging a handshake in the PCNR. “If someone offers help, I’m going to take it.” As to any inference of deal making, Falloon laughed it off and listed “my mother, my wife and my kids” as the only people in a position to bargain with him in that way. 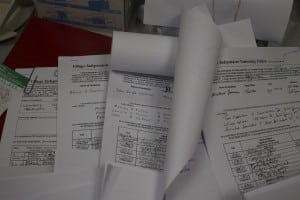 “I think my job as mayor will be to protect the interest of every single person in the village regardless of their views or backgrounds,” he said. Referring to the PCNR’s depiction of his welcomed support from Kathleen Foley (a member of the Historic District Review Board-and not related to this reporter) as upsetting to some members of the fire company (over arguments about the fire alarm siren in the past). Falloon said: “Kathleen works incredibly hard for the village. There is an incredibly important task at hand. We need everybody willing to pitch in to solve our issues.

“The village needs healing, not more division over differences. I hope to be able to accomplish that,” said Falloon.

With the filing of petitions closed as of Wednesday, Feb. 13, incumbent Bruce Campbell and challengers Mike Bowman and Stephanie Hawkins are the three candidates for the two open trustee seats.

8 thoughts on “Falloon Will Run Unopposed for Mayor”