The Howland Chamber Music Circle continues its piano festival on Sunday, Feb. 24, at 4 p.m. with a performance by Kuok Wai Lio. The program will include Janácek’s In the Mists, Schumann’s Davidsbündlertänze and Schubert’s B-flat Sonata. 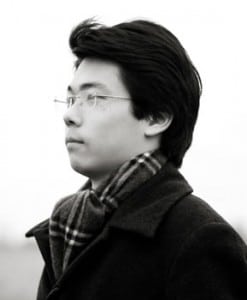 Born in Macau in 1989, Lio began his piano studies at the age of 5. In 1997 he was awarded a scholarship to study at the Hong Kong Academy for Performing Arts, and in 2006 he entered the Curtis Institute of Music, where he studied piano with Gary Graffman. His principal teachers have included Gabriel Kwok, Graffman and Peter Frankl. Most recently, he has been working regularly with András Schiff at international master classes and festivals in Europe.

Lio has received prizes in international competitions including Fulbright, Gina Bachauer, Seiler, Steinway, Ettlingen and Chopin (Tokyo). In January 2004, he was awarded a Commendation of Merit given by the Chief Executive of Macau. That same year he was invited to perform for the President of China, Hu Jintao, at the fifth anniversary of Macau’s handover to China.

The performance will take place at the Howland Cultural Center, 477 Main St. in Beacon. Tickets are $30 (student tickets are $10). For more information, visit their website, howlandmusic.org, email [email protected] or call 845-297-9243.