In 1880, Gov. Alonzo Cornell appointed New York’s first eight “Game Protectors.” Nine years later, then Gov. Theodore Roosevelt described the qualities he wanted Game Protectors to possess, stating, “I want … men of courage, who can handle the rifle, ax and paddle; who can camp out in summer or winter; who can go on snowshoes, if necessary; who can go through the woods by day or by night without regard to trail.” 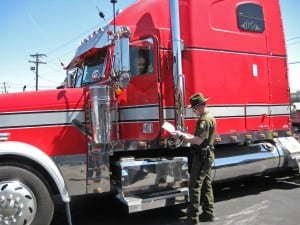 Although many of the traits Roosevelt described would still come in handy today, a great deal has changed since then — including the job title. Yesterday’s Game Protectors are today’s Environmental Conservation Officers (ECOs). They still work to protect wildlife, but their numbers and role have expanded dramatically. And it’s no longer a “men only” profession. Today, New York’s Department of Environmental Conservation (DEC) and its Division of Law Enforcement (DLE) employ more than 300 ECOs, including more than 20 female officers.

ECOs hold what is considered the oldest statewide law enforcement position in New York. They’ve had enforcement responsibilities since their earliest days but in 1971 were fully empowered as police officers. Today all ECOs are armed. Enforcement of fish and game laws still makes up about half of their job, but today they also deal with numerous other environmental issues as well.

In 2010, the most recent year for which statistics are available, the DLE handled 20,196 enforcement actions statewide, including 744 arrests. They also issued 15,777 Environmental Conservation Law tickets covering everything from fish and game violations and oil spills to offenses related to hazardous and toxic wastes and air and water pollution. In addition, 521 navigation law tickets and 778 all-terrain vehicles and snowmobile tickets were issued. More than 13,000 reports of hazardous material spills were handled along with 730 poacher and polluter complaints received through DEC hotlines. 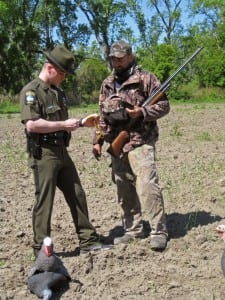 The DEC has no formal mutual aid agreement with other law enforcement agencies; however ECOs do assist other police officers in the area, including dealing with violent crime and counterterrorism. “(Our officers) have helped with everything from lost children to searches for cop killers,” said DEC’s Wendy Rosenbach.

“Physical arrests are more the exception than the rule,” according to Rosenbach. “Most of our work is done with appearance tickets in local criminal court.” DEC does not have detention centers of its own.

The terrorist attacks of Sept. 11, 2001, changed things for all police officers, including ECOs. “DEC police are now trained in active shooter response and various counterterrorism issues,” Rosenbach said. “All of our downstate officers wear radiation detectors on their gun belt and all of our larger marine patrol vessels carry sophisticated isotope identification equipment.” DEC’s antiterrorism role has included participation in numerous large-scale security operations such as G8 and G20 Summits held in New York City and New Year’s Eve celebrations there.

Four ECOs and a lieutenant are assigned to Westchester and Putnam counties, administered out of a regional office in New Paltz. Unlike most law enforcement officers, ECOs work out of their homes and are required to live in the area they serve. That policy is intended to ensure that ECOs are familiar with their communities, enabling them to better anticipate enforcement problems.

Asked what part of their job ECOs dread most, Rosenbach said, “Officers investigate all hunting-related shootings, including the fatal ones. There are not many, but they are difficult.”

Just how aware are most residents regarding the role ECOs play locally? “Putnam County residents are likely more familiar with ECO duties than most,” Rosenbach said. “People who have never encountered (our) law enforcement officers probably don’t realize that fish and game work is only about half of what our officers do.”

Rosenbach doesn’t believe that the poor economy of recent years has brought with it an increase in wildlife poaching, illegal sales or related crimes. “To our knowledge, a direct link between the economy and poaching has never been scientifically established.” She said that whitetail deer is the animal species most likely to be sold illegally in Putnam County and, in terms of pollution, “The most common offense DEC law enforcement currently deals with is excessive smoke from heavy-duty diesel trucks.” She said that illegal dumping of solid waste is always a problem statewide as well.

ECOs take most of their training at the DEC Training Academy in Pulaski, N.Y., northeast of Syracuse. Candidates must have a bachelor’s or an associate’s degree plus work experience. Coursework and experience must be in the natural sciences or criminal justice. ECOs are unionized, and recruits start at an annual salary of $50,827. The current DLE budget includes $21,485,000 in salaries with an additional $3 million budgeted for support costs.

One thought on “Police Work an Integral Part of Environmental Conservation”