Legislature could return part or all of high-tax aid

The Garrison School 2013-14 budget was once again the topic of discussion at the Board of Education meeting on Wednesday, March 20, but this time with some heartening news that state aid may not be as drastically reduced as presented in Gov. Andrew Cuomo’s proposed budget. 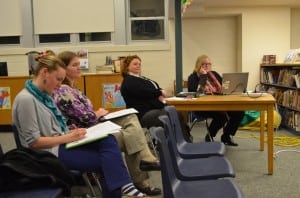 Superintendent Gloria Colucci reported that the New York State Legislature is working on versions of the budget with plans to return part if not all of the school’s supplemental funding for districts with high property taxes. The Senate’s budget would return all of the high-tax aid, which for Garrison School would be $85,000, and the Assembly’s budget would return 50 percent. Colucci said the Legislature anticipates voting on the budget in the next week, when the amount of state aid will be known.

Since the last budget presentation to the board, other numbers have solidified. Discussions with the Committee on Special Education have yielded what Colucci called “favorable numbers,” due to the return of two students to Garrison School, one to general education and the other receiving services here instead of out of district. This has resulted in a savings of roughly $27,000 in tuition expenses.

After a series of budget workshops held on March 9, 13 and 15, which were attended by a few parents and teachers, Colucci said she senses community support for the school’s work on the budget. The full draft budget will be presented at the April 3 board meeting, at which time the board may decide whether or not to adopt it as presented.

To make up for snow days, the board voted to approve a revised calendar, having students attend classes on March 25 and 26 — the Monday and Tuesday of what was originally their spring break. A previous superintendent’s conference day that was made into a school day will be made up by teachers who will stay for trainings on two evenings instead of taking another school day away. 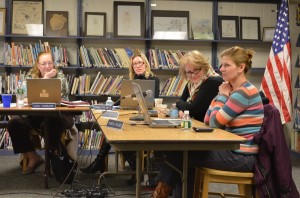 Because of a late end to the school year on June 26, 2014, dictated by the State Education Department for Regents scoring, the weeklong February winter recess will return next year. Three snow days are once again built into next year’s calendar; if snow days need to be made up, they will take them during the spring break (and not the February winter recess).