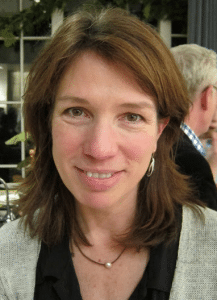 Celia Barbour, the Mouths to Feed columnist for Philipstown.info and The Paper, is one of four nominees in the category of Best Food-Related Column in the 2013 James Beard Foundation Awards, which Time magazine once described as “the Oscars of the food world.” The other three nominees are from Bon Appétit, Saveur and The Wall Street Journal.

The winner will be announced on May 3 at Gotham Hall in New York City.

Established in 1990, the awards recognize excellence and achievement among culinary professionals and writers in the U.S. and Canada. A full list of categories and nominees is posted at jamesbeard.org/awards. Barbour had previously been nominated in 2009 for the foundation’s MFK Fisher Distinguished Writing Award for her work at O: The Oprah Magazine.

Here are the three columns from her entry:

Of Cabbages and Queens

The Dirt on Christmas