Well-attended ceremony goes off without a hitch

The three recently elected members of Cold Spring’s village government were quickly and quietly sworn in on Monday night (April 1).

Newly elected Trustee Stephanie Hawkins, who won by nine votes on March 19, was the first to be sworn in by Village Justice Thomas Costello. Her good friend and fellow member of the Special Board for the Comprehensive Plan Dick Weissbrod held the Bible for her.

Costello then mirthfully swore in re-elected Trustee Bruce Campbell, asking whether Campbell could do it from memory by himself, since according to Campbell it was his fifth swearing in for the Village Board of Trustees.

Finally, Mayor Ralph Falloon took his oath of office with the usual cheerfulness and humor that was characteristic of his unopposed campaign for office. His parents, wife and children were present at the ceremony, with his youngest commenting afterwards, “That was so funny!”

Costello announced that it was time to give their inaugural speeches, but none took him up on the offer, besides Falloon’s exaggerated bow to the video camera.

The first meeting of the new Village Board is scheduled to meet on Wednesday, April 3. 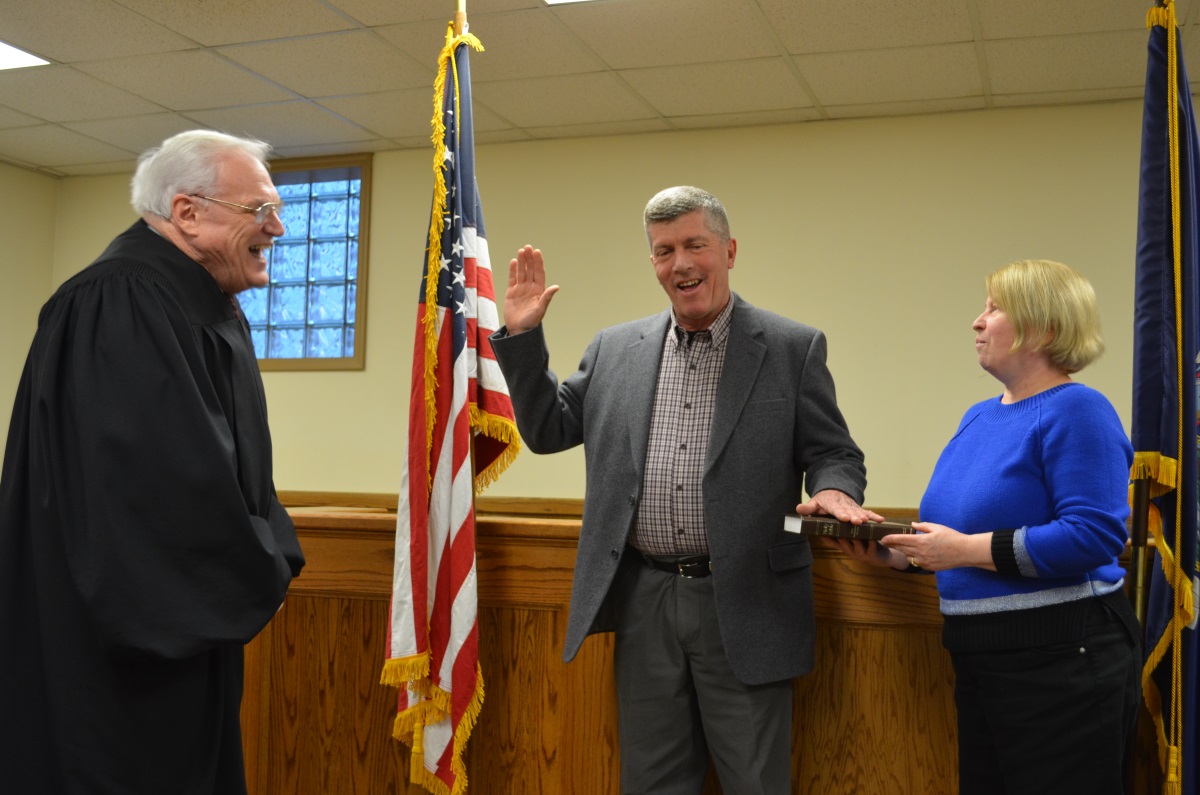 Village Justice Thomas Costello, left, swears in Trustee Stephanie Hawkins, while Planning Board Member Dick Weissbrod holds the Bible for her, on April 1. Village Justice Thomas Costello, left, swears in Mayor Ralph Falloon, while his mother Sandra Falloon holds the Bible for him, on April 1.