A student show, run by students; opening reception on April 12

Although the work of Haldane’s talented visual arts students has been displayed in the art classroom (check out the ceiling) and in a small cluster of cabinets nearby, there has never been a chance for these artists to participate in a true exhibition of their work. That will change on Friday, April 12, when the first Haldane High School Art Show opens at the Philipstown.info/The Paper space at 69 Main St. in Cold Spring. 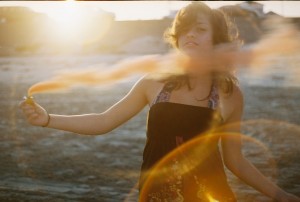 Nicholas, who will be attending the Savannah College of Art and Design (SCAD) in the fall, first conceived of the idea of starting a club for students interested in fine arts; this morphed into an-end-of-the-year exhibit instead. Conferring with Haldane High School Principal Brian Alm, the school’s art teacher Tom Locascio and independent art curator Amy Lipton, the exhibition space was obtained and the two students went about recruiting artists to participate in the show.

Filardo, who has been accepted into Cooper Union, met with Locascio, who showed him the work of talented younger students, and a couple were found in that way. Others were simply part of the fabric of fine artists drawn to each other in the community. Flyers inviting anyone to submit work for consideration were posted in the school. As Filardo said, “We kept it open so that everyone who had the guts to submit their work will be displayed.” Besides, added Nicholas, “there’s beauty in everything.” Ultimately, despite the assistance from adults, this is a student show run by students. 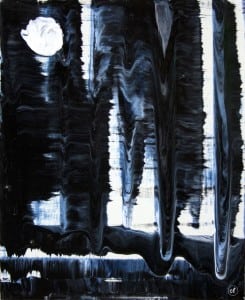 The work will be displayed “salon style” throughout the 69 Main space, and should an artist be willing to make his or her work available for sale, it can be. Some of the work stems from broadly themed classroom assignments, such as an instruction to make a geometric composition using any shapes and any number of dimensions. Personal work is also included in the show. Nicholas said, “Usually your personal work explains you the best, and it’s not something you’ve done for a grade.”

Filardo hopes the show will draw attention to the visual arts at Haldane, in a positive way. “Visual arts could use more support there,” he said. “There are very limited resources. After the show, the community will be able to see what Haldane produces, and hopefully Haldane will receive more support.”

Nonetheless Filardo described his fellow students as very supportive of the visual arts overall, noting that he had lots of “sports friends” who are always interested in the things he is doing and producing, including a mural he made at the school last year. Nicholas said there are usually two or three students per graduation class who go on to art school and others who wind up minoring in art while majoring in something else at liberal arts colleges.

Nicholas plans on studying illustration at SCAD, but she’s also looking forward to trying out new forms, such as printmaking and sculpture. She declared herself “really in love with painting right now — it’s been a life-changing thing. I’ve always liked drawing — any kind of art, really.”

Nicholas’ mother is a fashion designer, but an internship cured Nicholas of any desire to enter that field, as it was “too stressful.” She cited her “culturally oriented grandparents” as being “really supportive, through the years, paying for classes, everything.” Nicholas recently completed the Garrison Art Center’s mentorship program. Her mentor, Sheryl Levine, “had an idea for a really big ABC book of world cities. I grew obsessed with the project, and I’m hoping to either find a publisher or self-publish it later this year.”

BOCES has been a better fit for her than Haldane was. “It’s been incredible. I would recommend going there to anyone; it’s the best decision I ever made. The teachers and the students are all so supportive of each other; we teach each other.”

Filardo participated in the mentor program a year ago, working under the guidance of Coulter Young. He also took John Allen’s figure drawing classes last summer at the Art Center, which he described as very helpful to his college portfolio. He hopes to specialize in fine art and become an exhibiting artist after his time at Cooper Union. Currently he studies oil painting with Paul W. McCormack. “My hopes at Cooper Union are to learn more and eventually exhibit. I’ve always been interested in mixed media, drawing and photography. I’d like to incorporate a lot of artistic skills and reach new people through my art.”