David Rothenberg to read from Bug Music on Sunday, April 14

For this month’s Second Saturday in Beacon, the Beacon Public Space Project and the Beacon Sloop Club will host an Earth Day screening of the award-winning film Chasing Ice, followed by a panel discussion with experts in the field of climate science. There will be an opening reception with an opportunity to meet the director, Jeff Orlowski, and panelists. 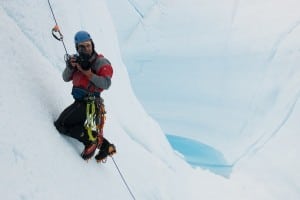 All proceeds from the screening go to the current restoration of the Beacon Sloop Club’s sloop Woody Guthrie. “I have been working with a number of like-minded persons to organize events that support the preservation and improvement of public space in Beacon and beyond,” said J.C. Calderón, founder of the year-old Beacon Public Space Project. “When I learned about Chasing Ice, it occurred to me that we may be able to get Jeff Orlowski to visit Beacon, as we have many mutual friends. For 43 years, the Beacon Sloop Club has been working to improve the Hudson River and defend the public’s access to it, and Chasing Ice clearly demonstrates how our livelihoods are being threatened by climate change at an astonishingly rapid pace.”

The documentary will screen at The Beacon Theatre, 445 Main St., at 1 p.m. on Saturday, April 13. Tickets are $20 in advance at chasingicebeacon.bpt.me and $30 at the door. Seating is limited, so advanced purchases are strongly encouraged.

Theo Ganz Studio, 149 Main St., presents Archives From Villa de García to Beacon, a solo exhibition by Kirsten Kucer of drawings inspired by photographic archives from when she was living in Villa de García, Nuevo León, Mexico. She wrote: “When I returned to the U.S. and moved to Beacon in 2005, I began working in an intimate 90-square-foot studio and concentrated on drawing. I started pulling from memory and my photographic archives of my time spent in Mexico as a way to begin drawing. I thought my primary concern in this work was about space and chance, but as I continued drawing it was clear that it was equally as much about my experiences in Villa de García.” Opening reception Saturday, April 13, 6 – 8 p.m. The show runs through May 5.

On Sunday, April 14 at 4 p.m., Theo Ganz Studio is hosting a book signing and reading by musician and author David Rothenberg to celebrate his latest book, Bug Music: How Insects Gave Us Rhythm and Noise. 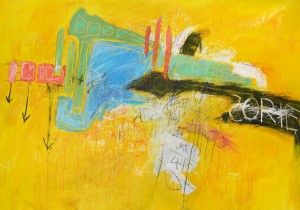 The gallery of the Beacon Artists Union, bau, 506 Main St., opens two new exhibits on Second Saturday. Travels by Kurtis Brand will show in the Beacon Room, a project space dedicated to showcasing the talent of established, midcareer and emerging artists living or working within and around the artistic community of Beacon. Brand has been developing a unique, modern, expressionistic style. His work is representative of many years of development, both with his art and his person. His work follows the ebb and flow of his travels over the past seven years of living and traveling in a recreational vehicle and practicing in Zen centers across America, often influenced by his practice and its associated rituals.

The Main Gallery will show Change-bias: the work of Brett Phares and Richard Cutrona. Phares reveals our relations to media and how different elements accumulate into unpredictable associations. He is a visual artist working with simulation technologies and public installation, exploring attentional blindness in physical experience and godlike awareness in digital space. Cutrona deals with issues of American identity, and his work is a reaction to changing definitions of American exceptionalism in a post-9/11 world. Using primarily the lenticular print process, Cutrona intentionally blurs the line between the data streams of contemporary mass media and the more meditative qualities of Middle Eastern art. He opens a dialogue on the relationship between the United States, the Middle East and the rest of the world.

RiverWinds Gallery at 172 Main St. will open Signs of Spring — photographs by Lori Adams, a professional photographer in East Fishkill and adjunct instructor of photography at Dutchess Community College in Poughkeepsie. Her photographs capture the essence of nature’s beauty after it has been dormant during a long winter. Adams’ personal work is inspired by traditional documentary photography and impressionist painting. Her most recent personal fine art work explores the blend between strength and beauty, in both landscapes and studio close-ups of botanicals.

Mad Dooley, 197 Main St., is exhibiting The Breakdown, a solo show of sculptures by Emil Alzamora, through May 11. Hours: Friday to Sunday, noon – 5 p.m.; open late for Second Saturday, April 13. 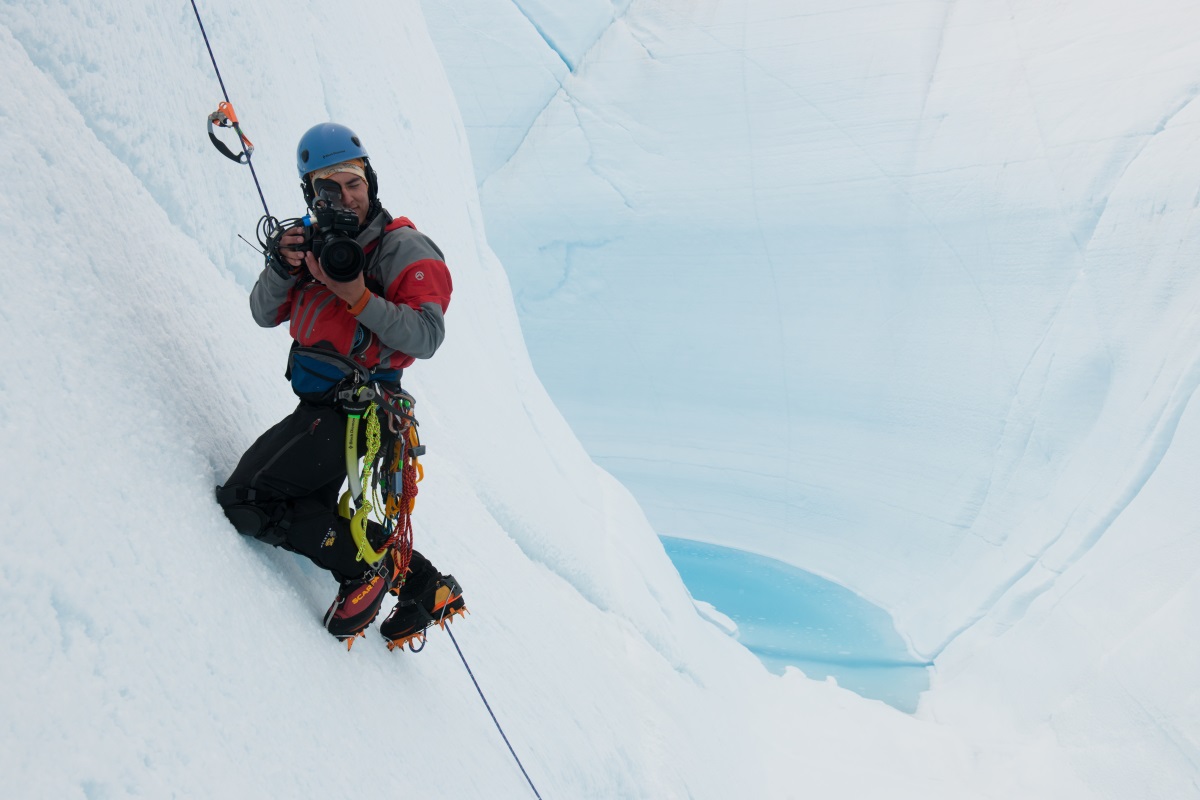 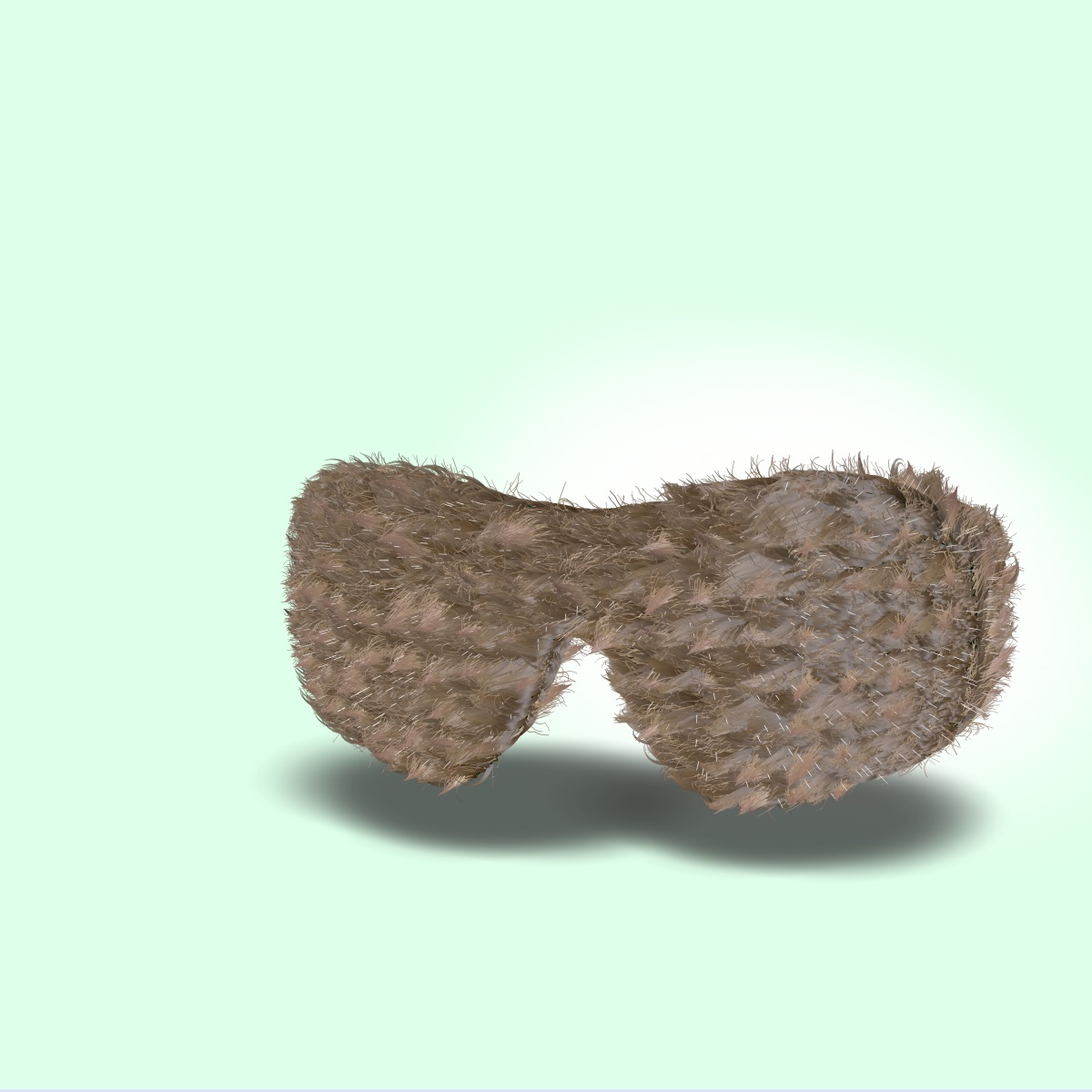 Brett Phares, 'Fur as the Eye Can See,' digital image on aluminum, 2013(Photo courtesy of bau) 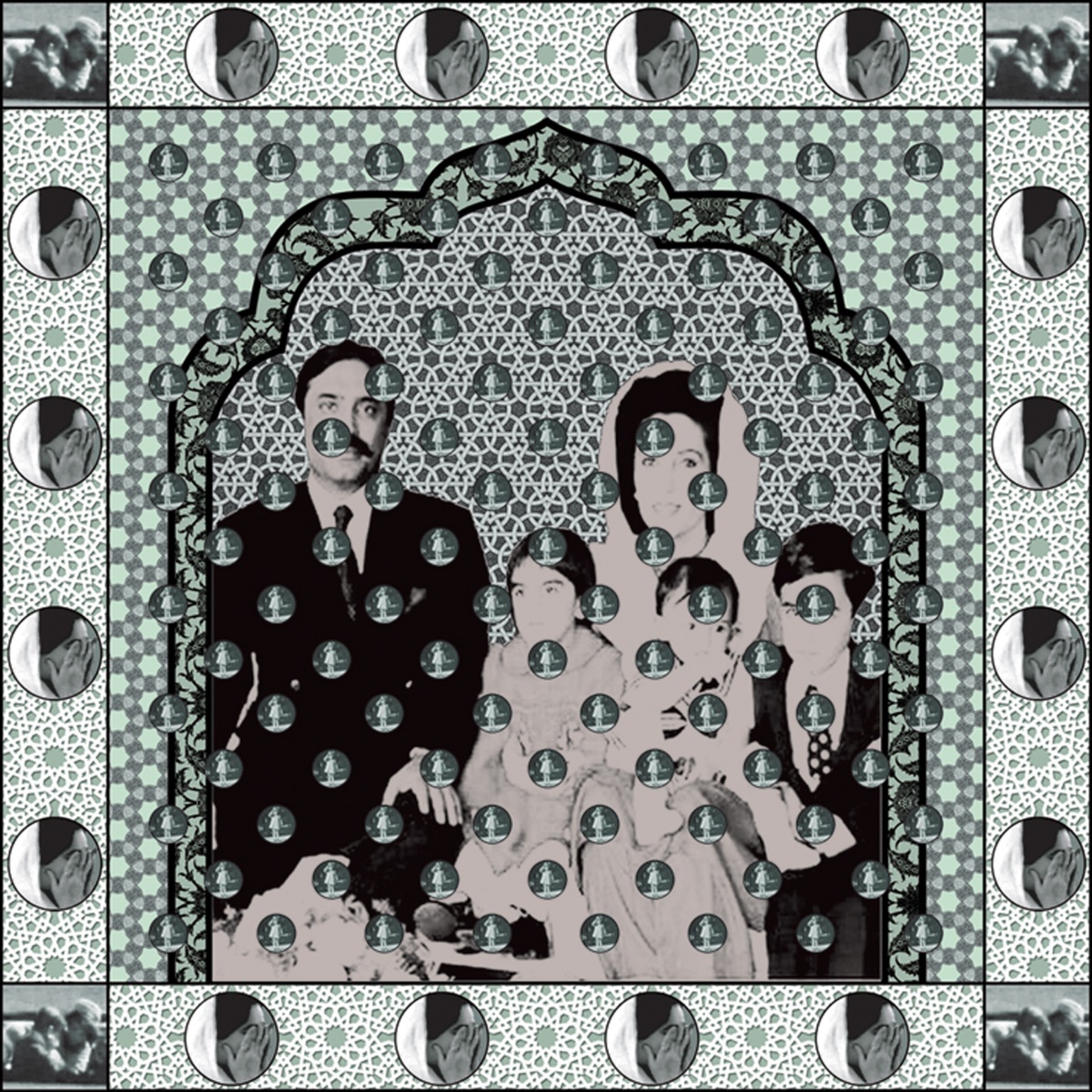 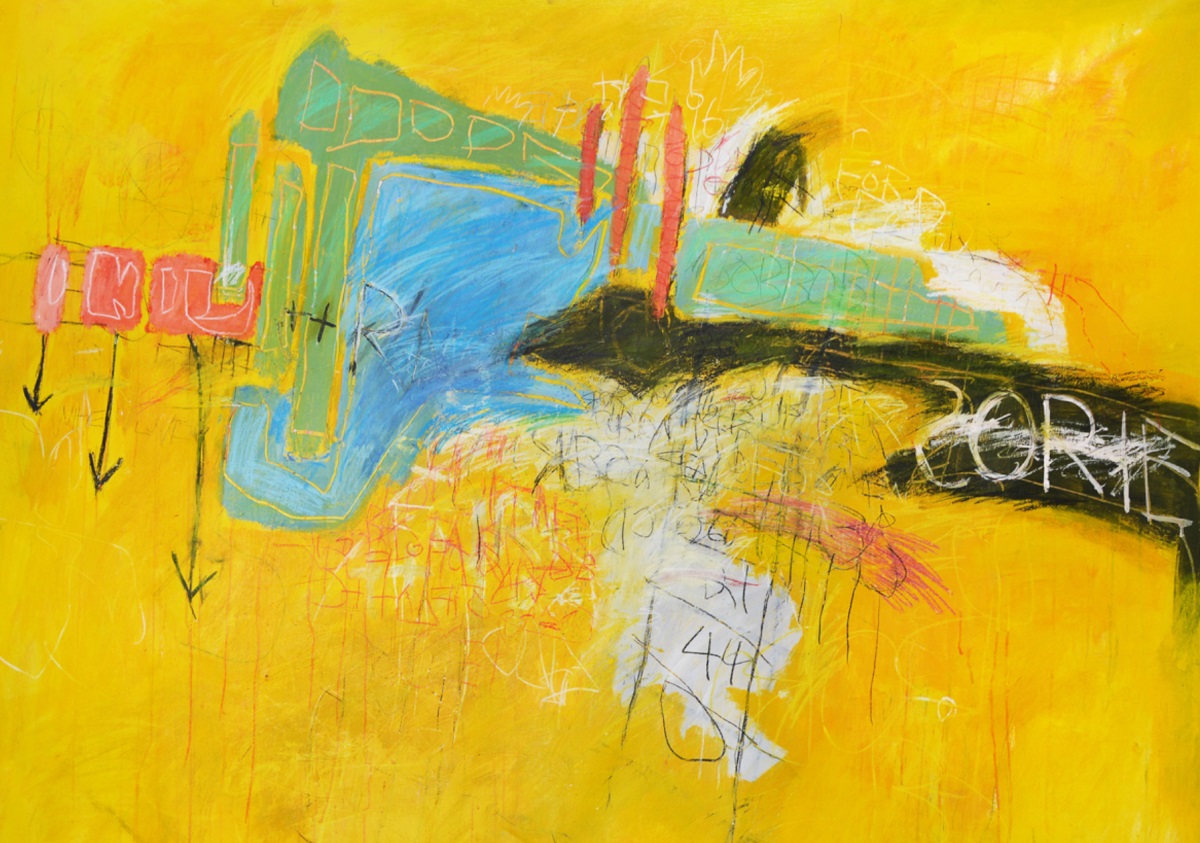 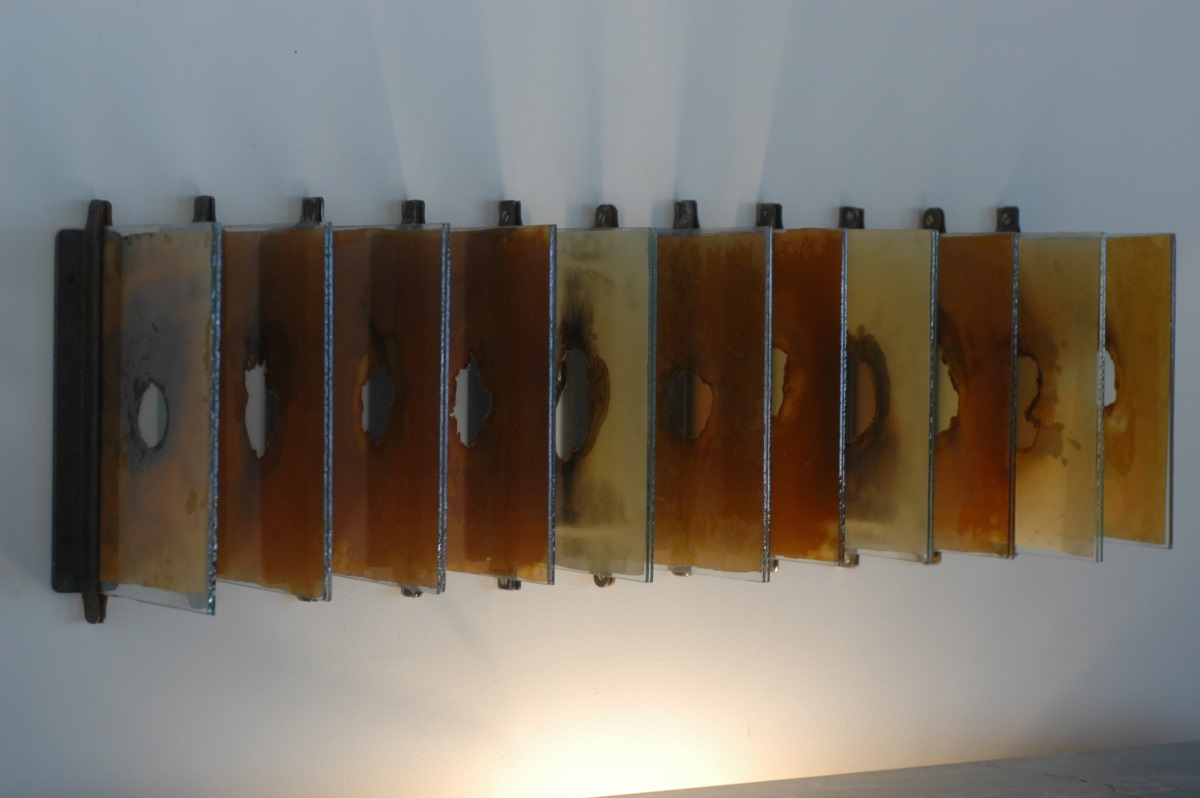 Kirsten Kucer, 'Light at the End of the Tunnel,' latex, glass and steel(Photo by Nancy Bauch)