Pat Griffin never tires of escorting guests through the stately neoclassical mansion at Boscobel House and Gardens. In his 16th season as a docent at the historic property in Garrison, Griffin embellishes his tours with fine details of Boscobel’s origins, from its earliest days when the home was the concept of its original owner, States Dyckman, to ornate furnishings including Wedgwood lamps that Dyckman purchased in England, to Boscobel’s triple-hung windows designed for the function and formality of light-filled living and elegant entertaining. 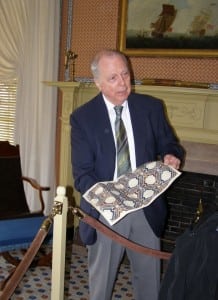 “States Dyckman was going to try to do his best to live as a country squire,” Griffin said as he guided a group of international visitors through the grand entry hall. “The intent was certainly to impress, and entertaining was part of the original intent of the home.”

Boscobel’s legacy of entertaining thrives through programs and events hosted on the grounds of the 68-acre estate. While the organization continues to rely on experienced docents to elaborate on its history, Federal-period furniture collection, decorative arts and striking Hudson River views, Boscobel opened its 2013 season by unveiling the Boscobel Audio Tour to further its mission to enrich visitors through an experience of history, culture and the Hudson River Valley environment.

Carolin Serino, deputy executive director at the 501(c)(3) organization, said that the audio tour was produced with help from many voices to enhance the storytelling of Boscobel, the Hudson River, Storm King Mountain and the nation’s independence.

“We our so excited to release our audio tour,” Serino said. “This is the brain child of Robert Cutler, who has been on our board for about five years. He thought what a wonderful property we had with stories of rescue. It shares the story of saving Boscobel (from demolition), saving the Hudson River and the environment, and saving American independence. Nance Williamson and Kurt Rhoads, kind of the king and queen of Shakespeare (Hudson Valley Shakespeare Festival) for many, many years, are our narrators.”

The audio tour is included with paid admissions and can be accessed through a handset or downloaded onto a personal smartphone. Visitors won’t want to miss the 50-minute docent-guided house tours, but guests should plan to reserve time for the self-guided audio tour. Using a color-coded system, visitors can listen to an abbreviated version, or stroll and listen up to three hours to learn not only about the superb example of Federal architecture that Boscobel preserves, but also about additional treasures, including Constitution Marsh and the local legacy of Revolutionary history. 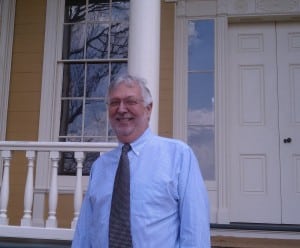 Boscobel’s new Executive Director Steven Miller plans to make himself at home in the community.

The curious will find that the full audio tour delivers passionate commentary. Barney McHenry, president of Boscobel and renowned counsel to the Wallace family and Boscobel benefactor Lila Acheson Wallace, adds his own words of how Boscobel was born and almost lost. McHenry elaborates on the significant location of Boscobel as well, and his appreciation for the preservation of the house and environment is echoed in his words, “The site of West Point looking down the river is spectacular.” The audio tour includes contributions from Pete Seeger to provide detail on environmental battles and victories of the 20th century, while noted historians, curator Peter Kenny and a host of dedicated friends of Boscobel share a rich history through compassionate storytelling.

Steven Miller, Boscobel’s new executive director, is confident that the audio tour will advance the mission of the organization.

“Boscobel is a fascinating cultural resource, and I define it as a museum,” Miller said. “I think what the audio tour does is that it makes the grounds an exhibition. It’s a gallery tour of the exterior of the property which brings it to life. Our audio tour is very unique for historic properties, and I think it will be a model for historic sites in the future.”

Miller arrives with many ambitious projects in the works at Boscobel, and he’s honored to be among a dedicated staff, active board and supportive community.

“My wife (Jane Pelson Miller) and I love the Hudson Valley,” Miller said. “I went to Bard and my wife went to Vassar. I just rented a place here, and we’ll still keep another home so that my wife will be close to work, but I think it’s important to live in the community and be immersed.”

Along with Miller’s arrival and the new audio tour (produced by Narrowcasters and written and coproduced by Antonia Bryan), Boscobel is dedicating energies to a rebirth of sorts and will present an unprecedented collection of the works of American artist, historical painter and professor of drawing at the U.S. Military Academy from 1833 to 1876, Robert Weir, opening in August. 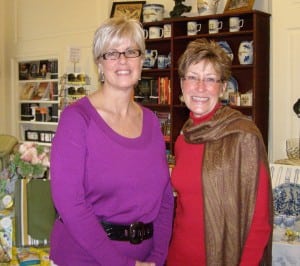 Serino, who has had the privilege of serving in many capacities at Boscobel for 17 years, is eager to open the exhibit in Boscobel’s lower-level space.

“It has been the dream of (board president) Mr. McHenry to have a Weir exhibit,” Serino said. “Some of the pieces have not been seen by the public, and we’re working closely with Gary Hood, the curator of art at the West Point Museum.”

Miller, who trained initially as a sculptor at Bard under the tutelage of Harvey Fite, creator of Opus 40 in Saugerties, shares enthusiasm for the meaningful opportunity to showcase a Weir exhibit at Boscobel.

“This is a first,” Miller said. “There’s a legacy of Weir’s family as artists, and Weir himself having taught right across the river at West Point is significant.”

Beyond the Weir exhibit, which is scheduled to run into November, Boscobel hopes to generate funds for the historic property as well as the local community when it blankets the grounds with thousands of twinkling lights and presents Nights of 1,000 Lights, to be held over a series of weekends. Marketing and Events Manager Donna Sharp Blaney said that Boscobel wanted to bring something back in place of its candlelight tours, which enjoyed a 32-year run before the event closed several years ago.

“It’s been our vision to bring something back that would invoke the same feelings as the candlelight tours,” Blaney said. “I think it was certainly missed, and 1,000 Lights is still in the planning stages, but it will be family-oriented and will include a musical element and ice sculptures.”

Serino said that early response to the event has been positive. Several sponsors have already signed on for the event, and volunteers are expressing interest to help behind the scenes.

“The event will bring people out and together on the first three Fridays and Saturdays in December,” Serino said. “We hope that Nights of 1,000 Lights will have a positive impact on the local economy.”

Boscobel looks forward to a new season of collaboration with the Cold Spring Farmers’ Market, which opens outdoors May 11, and the return of the highly acclaimed Hudson Valley Shakespeare Festival, which opens June 11. Taste of Boscobel returns May 19 after a grand debut in 2012, and Yoga With a View continues in its eighth season. Event income, admission fees, grounds rentals and the gift shop generate sizable portions of Boscobel’s revenues. Membership fees and charitable donations also fund educational programs, restoration projects and new initiatives including upgrades to the grounds. The Frances Stevens Reese Woodland Trail represents one of Boscobel’s future enhancements.

“We developed the Woodland Trail in 1997,” Serino said. “We are reinterpreting the trail to make it more of an educational experience, and it also ties in with our audio tour. Woodland Trail signage will speak to some of those points on the tour. Our target for completion is October, and what better place to be than on our Maple Lane. The year of 2013 is the new Boscobel experience.”