Large crowds and hundreds of riders

The sun came out and so did visitors and cyclists as Cold Spring hosted its Pedal Into Spring festival and welcomed back the Putnam Cycling Classic, this time with an international flavor.

Pedal Into Spring, a first-time street festival focusing on the dual themes of flowers and bicycles, was organized by the Cold Spring Area Chamber of Commerce in partnership with Putnam County Tourism, which held the cycling event.

On Saturday, May 4, and Sunday, May 5, Main Street was alive with activity. Tents and tables lined sidewalks as local businesses, outside vendors and a variety of organizations greeted pedestrians with food, plants and flowers, and other products and services. Live music filled the air on both days. Hula-hoop performers, storytelling and colorful balloons created a festive atmosphere in weather that could only be described as glorious.

Cyclists from far and wide

On Sunday, the Putnam Cycling Classic and UCI World Cycling Tour saw 345 cyclists head out of Cold Spring in a colorful mass start at the riverfront bandstand. Two circuits wound through the county with both finishing at Mayor’s Park on Fair Street. Riders from all across the U.S. and Canada and from as far away as Belgium took part. Overall winner of the 126-kilometer (79-mile) circuit was Scott Weiss of Radford, Va., with a time of  3:26:56. Dan Martin of Pleasanton, Calif., came in second. Ed Chamberlain of Grand Junction, Colo., mastered the 62-kilometer (39-mile) course with a time of 1:51:40. Dominic Stobart of Pelham, N.Y., was runner-up.

While the mood was festive throughout the weekend, there was also a somber side to Sunday’s bike race. Security was heavy in the wake of the recent bombing at the Boston Marathon. George Kane, Cold Spring Police Department officer-in-charge, said that eight village police officers were on duty, compared to the single officer normally assigned on Sundays. Fourteen heavily armed members of the Putnam County Emergency Response team patrolled the start and finish area and parts of the village. Two Metropolitan Transit Authority police officers, partnered with dogs from the canine unit, scoured the start and finish areas and Main Street in search of explosives. Boats from the Westchester County Police Department and the Putnam County Sheriff’s Department patrolled the Hudson River near the village.

In the aftermath of the Boston Marathon bombings, security was extensive for the Putnam Cycling Classic May 5, including two police officers partnered with dogs from the Metro Transit Authority Canine Unit used to secure Main Street and the start and finish lines of the race. Photo by Mike Turton

Kane said there were no incidents and that the start of the race went off without a hitch. However, as cyclists returned to Cold Spring, he described traffic along Routes 301 and 9D as “a nightmare.” Race official John Eustice said that out on the race circuits, “There were three crashes of a notable level … due to interactions between cyclists,” with one rider suffering a broken bone.

Main Street merchants, some of whom complained that last year’s race actually hurt business because Main Street was closed to traffic, were happier this time around. Patty Villanova, a critic of last year’s event, had a much different opinion this year. “Overall I think it was fantastic. (The organizers) all worked very hard. I was pleasantly surprised.” Villanova said that visitors on the two days “were two different crowds,” with Saturday’s visitors being more interested in shopping while those on Sunday “were here more just for the experience.”

Other businesses also saw contrasts between the two days, though their assessment of the difference varied. Some establishments, such as Whistling Willie’s and Cup-o-ccino, reported that the bike race had a distinct, positive effect on traffic on Sunday.

Others such as Will Hembree, who offered a variety of baked goods as one of several vendors set up on Main Street’s sidewalks, said, “I actually think Saturday was better for sales.” Sales for the two days surpassed his goal by 50 percent. “Overall it was very good … two thumbs up,” he said. 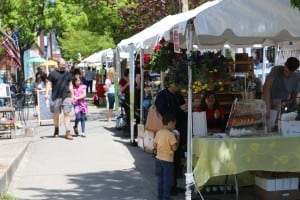 Main Street in Cold Spring May 4 (Photo by Maggie Benmour)

The Gift Hut’s Fran Farnorotto agreed about the difference between the two days. “Saturday was busier,” she said. “It was a great weekend. It brought a lot of excitement into town.”

Others saw little difference compared to a normal busy weekend. “Business was about as expected — about the same,” said Hilary Hayes of Hudson Hil’s. She was positive about the event as a whole, however. “It was a great opportunity for the village to build publicity for the event.”

Ironically, Cold Spring’s only Main Street flower business, Carolyn’s Flower Shoppe, did not participate in the weekend’s activities, other than by being open on Saturday. The shop did not open on Sunday.

Teri Barr, owner of Hudson Valley Outfitters, chaired the Pedal Into Spring committee. “The weekend flowed almost flawlessly. We were prepared … and it paid off,” she said. The chamber will now assess the weekend’s events and decide if Pedal Into Spring will be held again next year. “One Main Street merchant wants us to throw a festival once a month,” Barr said.

Many visitors commented on the quality of live music that was performed both Saturday and Sunday afternoon, and Barr had strong praise for Kathleen Pemble and Steve Rust, the volunteers who coordinated it.

Philipstown.info surveyed over 100 visitors to the weekend’s events to find out more about the visitor experience. Among the findings:

Click here for the complete results of the survey.

Sixteen businesses took part in the Main Street Merchant’s Window Decorating Contest centered on the bicycle and flower themes. The contest was organized by Chamber members Lynn Miller of Go-Go Pops and Fran Farnorotto of the Gift Hut.

Kids had a decorating contest of their own, this one focused on bicycles. The event was sponsored by the Chamber of Commerce and Putnam County Tourism and organized by Katie Robertson. Thirty local children took part with judging done by volunteers including Robertson, Tyler Mell, Sarah Warren, Katie Philips and Emmanuelle Palikuca. First- and second-place winners included Steven Herring and Alek Maasik for most patriotic; Henry Foley-Hedlund and Josephine Foley-Hedlund for most floral; Hazel Berkley and Gabby Feguson for most innovative; and Evan Maasik and Coen Philips for most extreme.

A bike-decorating contest was followed by a parade at Cold Spring’s riverfront on May 5. Photo by Mike Turton

Participants each received a certificate from the Chamber of Commerce, a T-shirt from Putnam County Tourism and a gift certificate from Go-Go Pops. The young riders used the same starting line as the Putnam Cycling Classic, then headed out on a circuit that took them up lower Main, around Market to Fish Street and back to the finish line on West Street, while Cold Spring police kept a watchful eye on traffic. 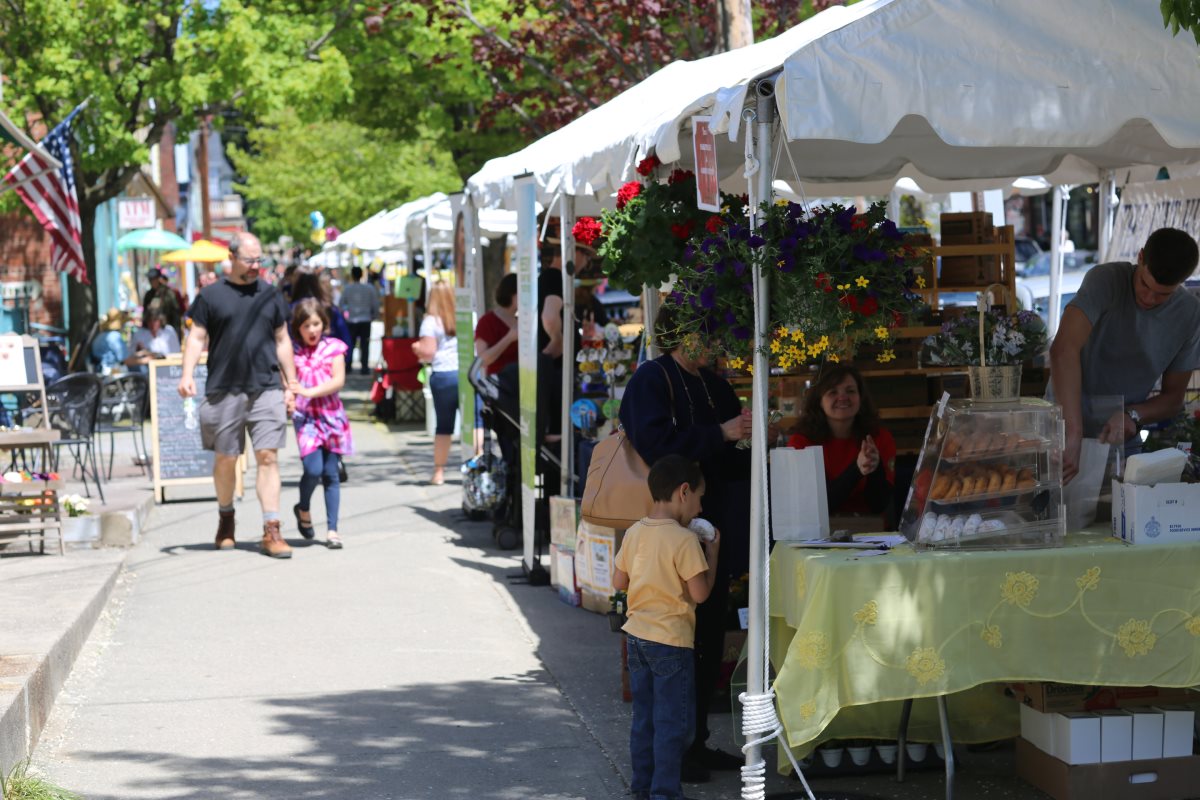 Main Street in Cold Spring May 4 (Photo by Maggie Benmour) Laurie and her daughters show off their unicorn in Cold Spring May 4. Photo by Maggie Benmour 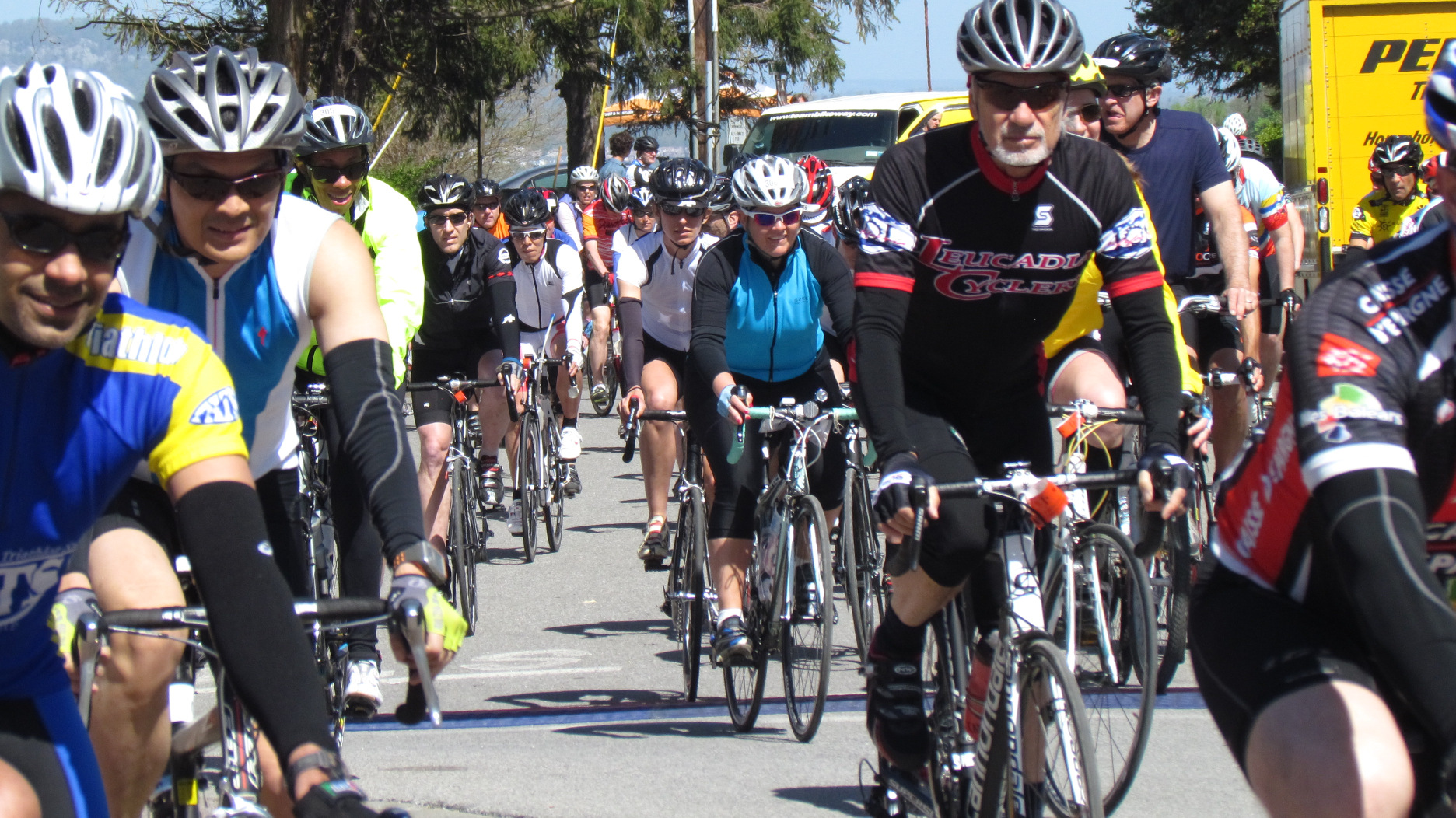 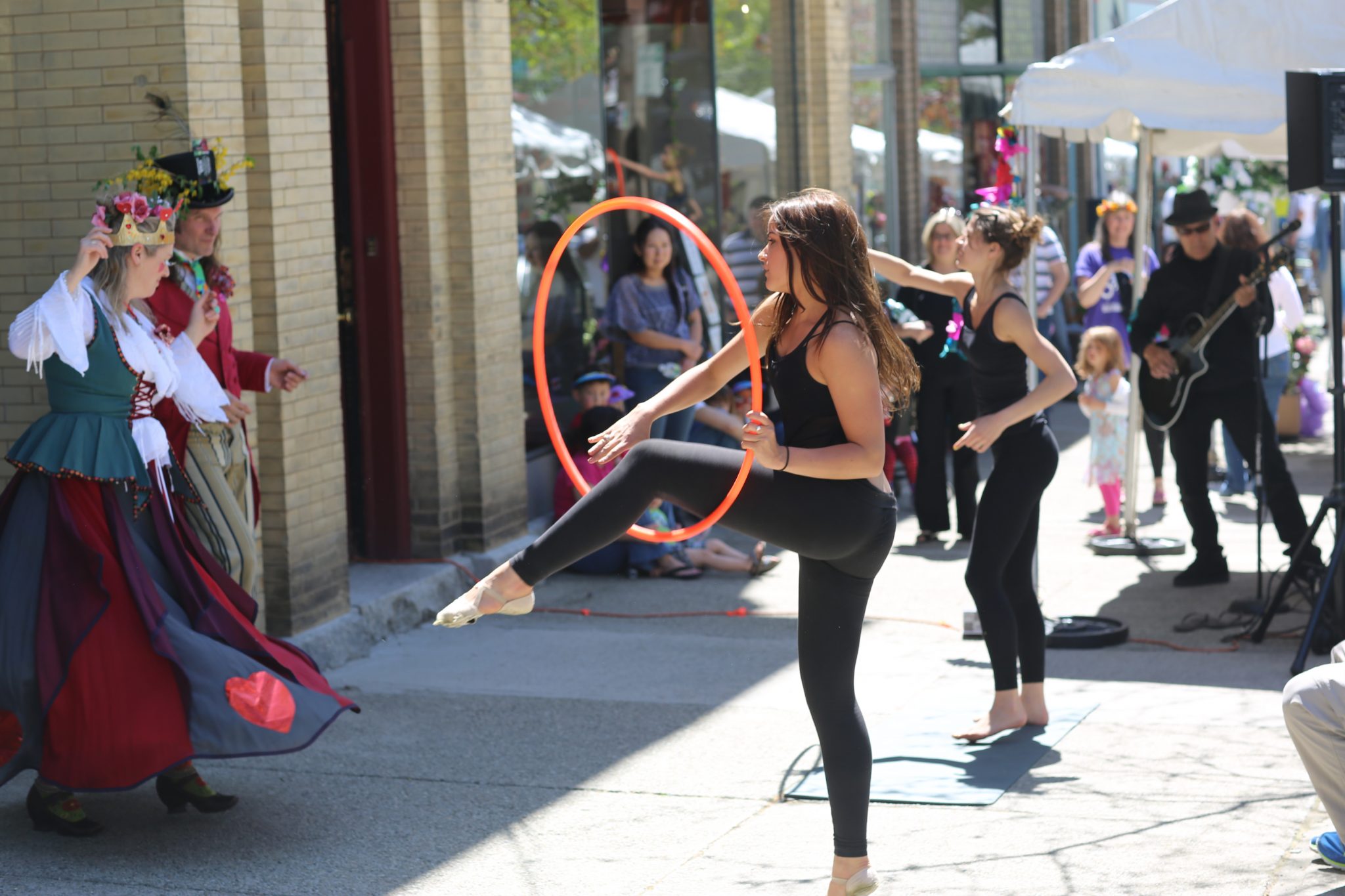 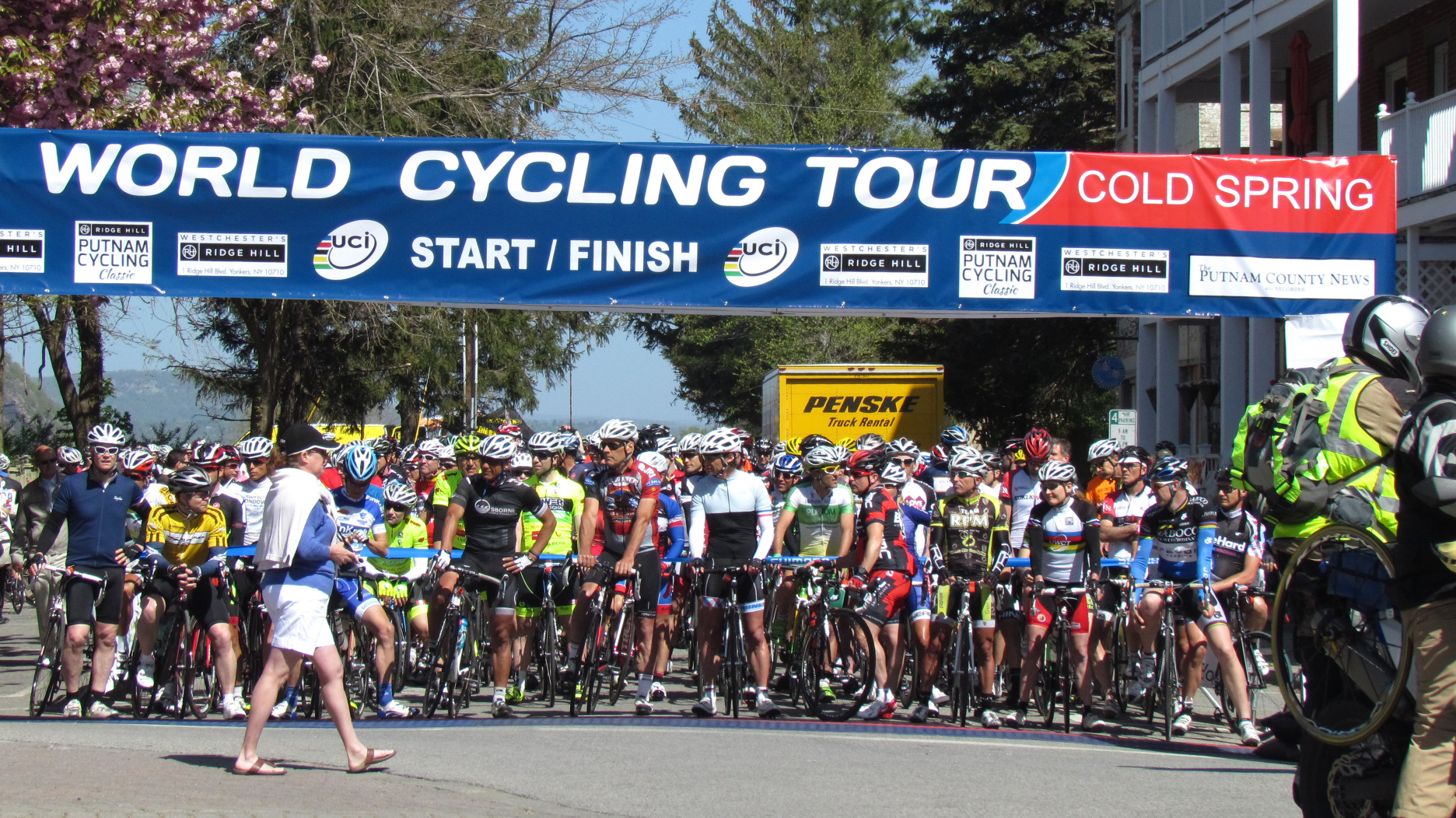 In the aftermath of the Boston Marathon bombing, security was extensive for the Putnam Cycling Classic May 5, including this vessel from the Westchester County Police Department, which patrolled offshore along with another boat from the Putnam County Sheriff''s Department. (Photo by Mike Turton) 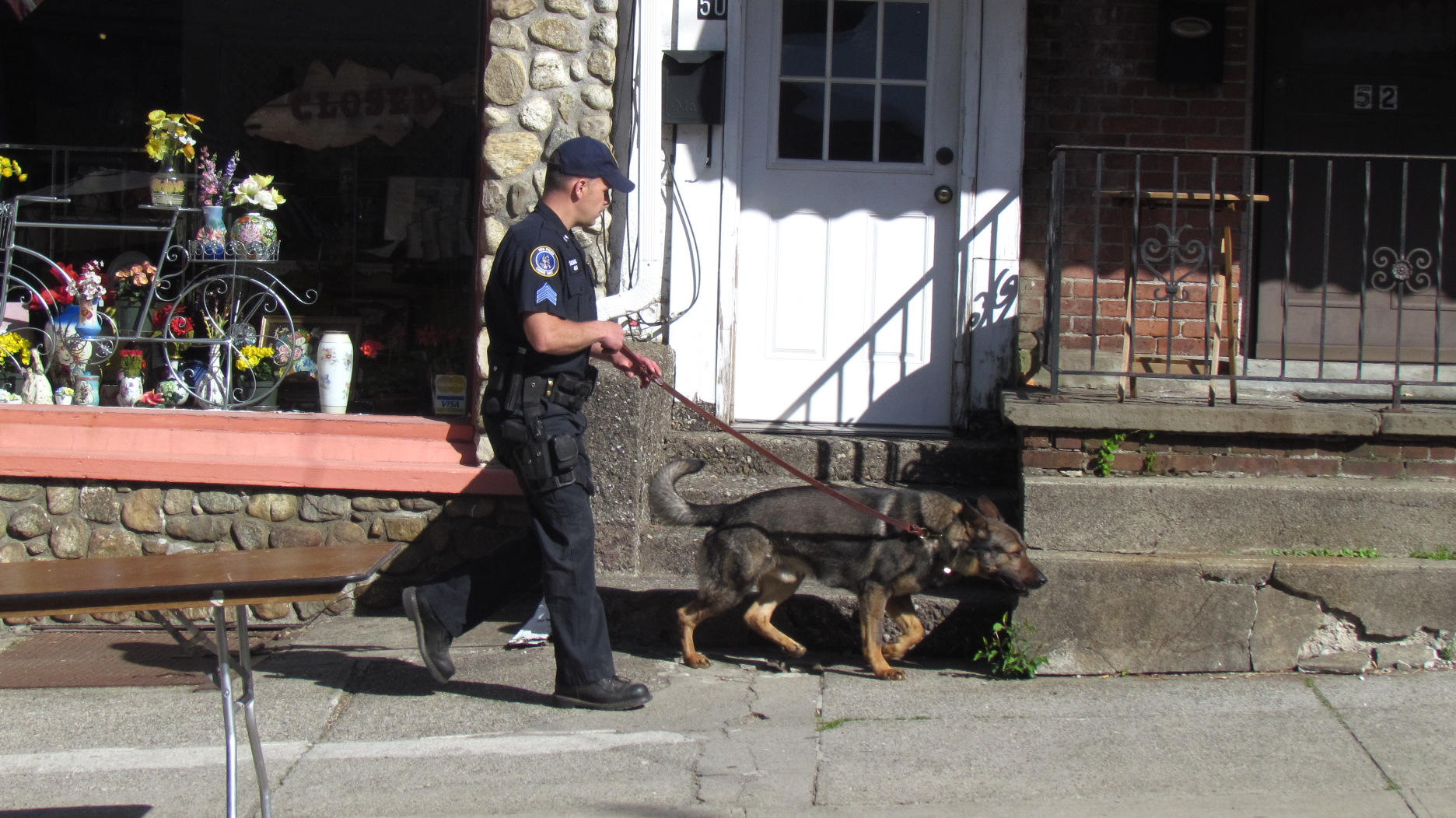 In the aftermath of the Boston Marathon bombings, security was extensive for the Putnam Cycling Classic May 5, including two police officers partnered with dogs from the Metro Transit Authority Canine Unit used to secure Main Street and the start and finish lines of the race. Photo by Mike Turton In the aftermath of the Boston Marathon bombings, security was extensive for the Putnam Cycling Classic May 5, including 14 members the Putnam County Emergency Response Team, two of whom are pictured here. Photo by Mike Turton 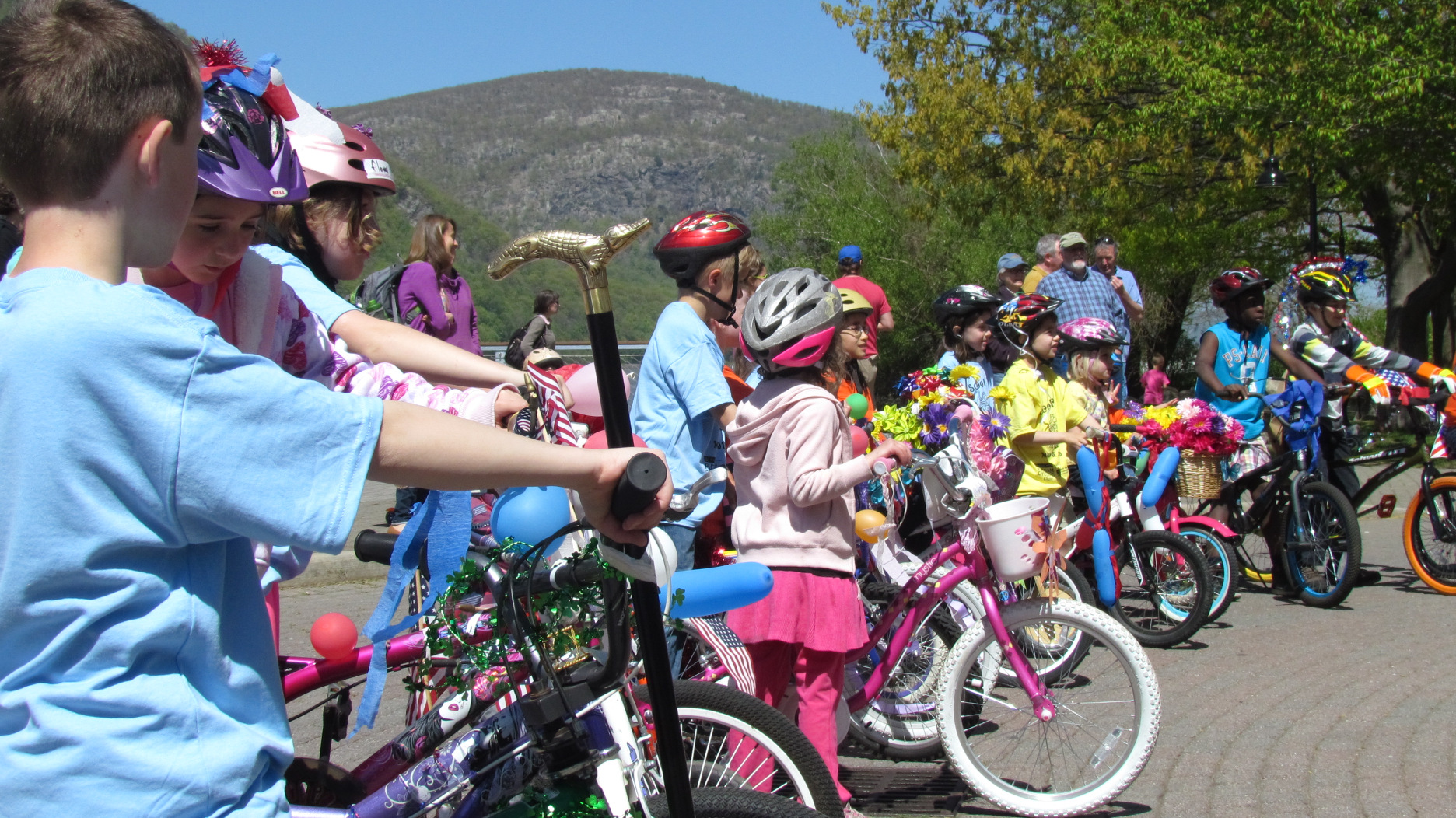 A bike-decorating contest was followed by a parade at Cold Spring's riverfront on May 5. Photo by Mike Turton