The Desmond-Fish Library in Garrison has announced that Patricia Cloherty, Jacob Weisberg and Polly Townsend will receive awards at the 19th annual Associates Awards Dinner on Saturday, May 18, at the Bear Mountain Inn.

Cloherty will receive the Patricia Adams Award for Community Service. Cloherty has distinguished herself as a pioneer of women in the world of international finance. A longtime resident of Philipstown, she has divided her time for the past 10 years between working in Moscow and commuting to her home in Garrison, where she is one of the community’s leading philanthropists.

She began her career as a venture capitalist in 1969, joining Patricof & Co., which later named her its president. In 1977 President Jimmy Carter appointed her deputy administrator of the Small Business Administration. In 1991, President George H.W. Bush named her chair of the Small Business Investment Advisory Council. President Bill Clinton appointed her in 1995 to the board of the U.S. Russia Investment Fund, of which she became chair in 1998.

Currently, she is chair and chief executive officer of Delta Private Equity Partners LLC. In 2008 Russian President Vladimir Putin awarded her the Order of Friendship for her contribution to the development of Russian business and for strengthening cooperation between the Russian Federation and the U.S. Cloherty is one of the founders of the Hudson Valley Shakespeare Festival at Boscobel. She is also a major benefactor of the Putnam History Museum and the Desmond-Fish Library, as well as several other not-for-profits.

The Hamilton Fish Award will be given to Weisberg, chairman of The Slate Group, a unit of The Washington Post Company devoted to developing a family of Internet-based publications through start-ups and acquisitions. The Slate Group’s roster includes Slate, The Root and the video site Slate V.

A native of Chicago, Weisberg served as editor of Slate from 2002 until 2008. He has also been a contributing writer for The New York Times Magazine, a contributing editor of Vanity Fair, and a reporter for Newsweek in London and Washington, and is the author of several books. His regular opinion column is published by Slate. In addition, Weisberg is a member of the Financial Times A-List board of contributors, and a contributing editor for Vogue. He serves as a member of the Board of Directors of the PEN American Center and the Committee to Protect Journalists. 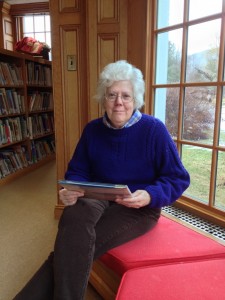 Townsend will be given the Alice Curtis Desmond Award. Before becoming the children’s librarian at the Desmond-Fish Library in 1994, Townsend enjoyed a diverse career as a journalist, writing teacher, secondhand bookstore owner, riding instructor and Sunday school director. She has taught English to students in Greece and GED preparation at a House of Corrections in New Hampshire. Since moving back to her hometown of Garrison, Townsend has served on the boards of the Philipstown Garden Club, the Putnam Highlands Audubon Society, Manitoga, the Garrison Children’s Educational Fund and the Garrison School Forest Committee.

The Associates Dinner is the primary fundraiser of the Desmond-Fish Library. Cocktails will begin at 7 p.m., and dinner will be served at 8 p.m. There will be a silent “Book and Bottle” auction during the dinner. Reservations will be accepted until Friday, May 10. More information is available and tickets can be purchased online at desmondfishlibrary.org or by calling 845-424-3020.