The Philipstown Town Board Wednesday, May 15, pushed ahead on the concept of constructing an inter-governmental center at the American Legion property, with room for the veterans and an upgraded senior citizen program. 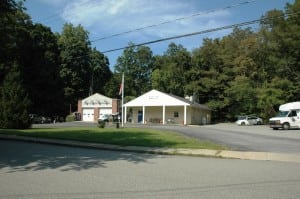 Supervisor Richard Shea also announced hopes of holding a referendum during the November general election and of otherwise proceeding expeditiously with the proposal. “We’d like to move. Enough with the foot dragging,” he emphasized. He recommended that they “come to a decision, put it up, and let the public say ‘yea’ or ‘nay.’ We don’t need a referendum for any of this, but we do want to get the public invested and get the support.”

As he outlined the arrangement, the veterans would, at no charge, cede ownership of the American Legion property to the town, which would in turn maintain it — upgrading the structure — and ensure continued use by the legionnaires. Joined at times by other Town Board members, Shea has quietly been negotiating use of the American Legion property as a multipurpose facility, given the uncertainty surrounding the Butterfield Hospital property, earlier proposed as the location of a town-village-county headquarters and senior citizen facility.

According to the board, an intergovernmental building at the American Legion property would not only have room for senior citizens and veterans but an updated, multi-jurisdictional public meeting room and a combined justice court to replace the current system of Nelsonville, Cold Spring and Philipstown each having its own courtroom.

Shea cited the need to press onward, and the board divvied up assignments, with Dave Merandy to provide a basic design and land survey; John Van Tassel to see about a building engineering study and analyze the town government’s square-footage needs; Nancy Montgomery to check on options for better storage of the decades of files piled up in the 1867 Town Hall; and Shea to contact Putnam County on assorted matters, including a budget breakdown of county spending on the Office for the Aging, and address legal-title questions involved in town acquisition of the American Legion site.

However, the board stressed, everything remains preliminary and contingent upon the veterans.

“We’ve been a year” in talking to them, Shea said Wednesday, a day after the latest negotiating session. “They’re going to have to make up their minds. They need to go back and come to some consensus. If they don’t have a consensus on doing this, then we have to come up with something else. They are not committed to this yet, but they are open to the idea of helping the community.”

“Along with themselves,” Van Tassel commented, in a sentiment echoed by Montgomery.

Merandy pointed out that the veterans want a rough architectural drawing of an upgraded American Legion building. “It was like dead-ended last night unless we had some kind of sketch,” he explained. “They just couldn’t fathom what we were talking about.”

Shea advocated to “really have frank discussions. Everybody would just love to tiptoe around these things, but then you’re not going to get anywhere,” he said. 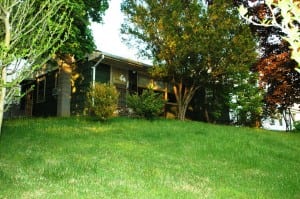 Dahlia House, owned by the town government, with Town Hall in the background, right

The American Legion stands on a 2-acre parcel on Cedar Street, behind Town Hall and an unoccupied town-owned home, Dahlia House. The whole property includes the Philipstown Volunteer Ambulance Corps headquarters, rented from the legion at a nominal rate, Van Tassel noted.

Town takeover of the legion property would create a governmental campus, bounded by Cedar and Main Streets. Dahlia House’s future, the potential for bringing Town Hall into compliance with federal law on accessibility by the physically handicapped and providing adequate offices, and the fate of the town-owned VFW hall on Kemble Avenue also figured in the board’s deliberations.

“There’s a lot of things to weigh,” Montgomery observed. Although the other board members leaned toward owning a new municipal structure, as opposed to leasing space, she said she wanted to see a cost comparison before making a choice. “I’m not opposed to owning something else, as long as it’s the most efficient thing we can do. It’s great to own something.” But to balance a new acquisition, she asked, “Can we get rid of something?”

“The idea is to sell the VFW,” and possibly Dahlia House, leaving the town government with Town Hall, which would be renovated, and a transformed American Legion building, Shea replied.

Montgomery also reported that that she had begun tracking down details about a $250,000 New York state grant to Putnam County, reflected in the 2011 county budget, “for a study, for shared services at Butterfield. It hasn’t been used because nothing has happened. It’s for the county, and I think it’s geared to sharing services, just like we’re talking about now with the two villages.” She proposed they contact state and county officials “about the potential for transferring that somewhere else if it’s not going to be used for Butterfield.”

The implications “would be huge” if even part of the money could be dedicated to an architectural design for revamping the American Legion as an intergovernmental site, Merandy added.