The Hudson River in spring comes alive with possibilities. Above, below and beside the relatively smooth surface of the water, new life is teeming. Far more than a bucolic view, the river in spring is a re–born organism deeply intertwined with the many species of flora and fauna that exist along with and because of the river.

“Spring time is the most exciting time on the Hudson. I particularly love this time of year because all the signals are there, on land on water. And when you tune in to what’s happening underneath the surface, it’s really exciting to think about,” said John Cronin, a fellow at the Beacon Institute/Clarkson University and long-time advocate for the Hudson. 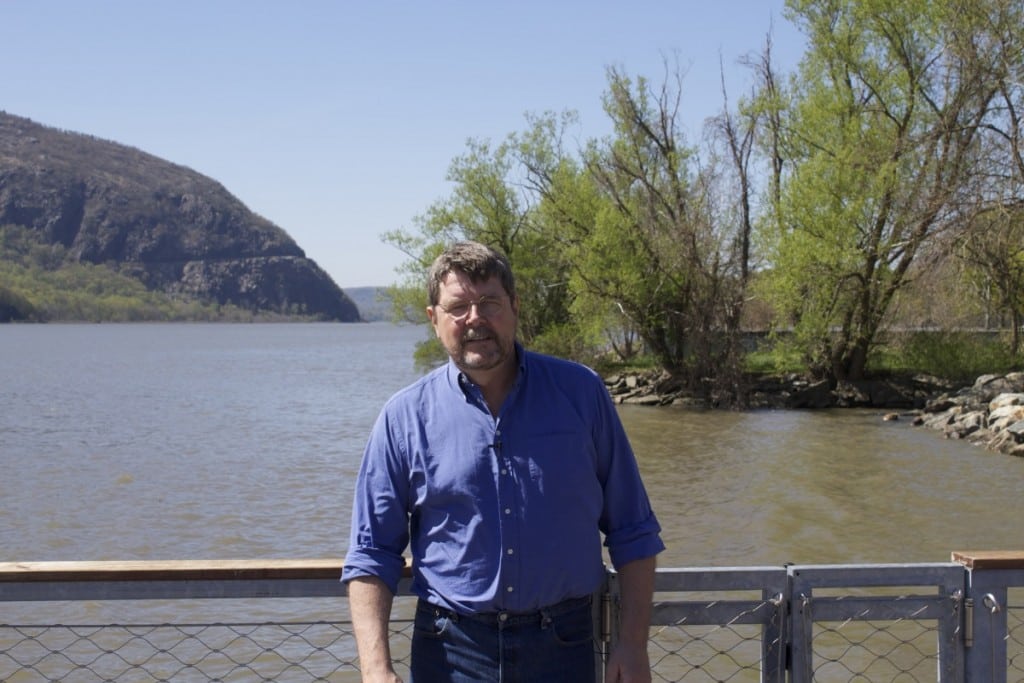 Standing on the Cold Spring Dock, Cronin spoke of spring bringing an “enormous flush of water coming out of the Adirondacks and the Catskills and other adjoining lands,” into the Hudson. This new surge of fresh water mingles as always with the salt water flowing up from the Atlantic Ocean, creating conditions for all sorts of renewed ferment ranging from the introduction of new microscopic nutrients to the return of large ocean fish come home to spawn, observed Cronin.

The many sources of water feeding the river, the ocean tidal flow and the many inlet areas along the river are what come to define the Hudson as a complex estuary system rather than just a body of water flowing north to south as depicted on maps or in artistic renderings.

“Spring is the time when a lot of animals, birds and fish are on the move,” said Eric Lind, biologist and director of the Constitution Marsh Audubon Sanctuary in Garrison. He stood on the marsh boardwalk as a chorus of Canadian geese affirmed his observation.

“I think of the marsh as part of the river itself. This is just the shallow edge of the river. In my mind’s eye I think of the river as a series of habitats. The river channel is habitat; it’s not just a basin of water — it’s full of wildlife, migratory fishes, invertebrates, such as crabs, and all of that wonderful stuff,” said Lind.

Both Lind and Cronin emphasize the interconnectedness of the river with the surrounding ecology on both land and air. This they said is especially evident in the spring season. “The river is not separate from everything that goes on around us. It’s part of a much larger ecosystem. The humidity is part of the climate. Areas near the river start blooming earlier. Animals feed off what the river grows,” said Cronin. “All the signals are there when you tune in to what’s happening underneath the surface, a very exciting thing to think about.” 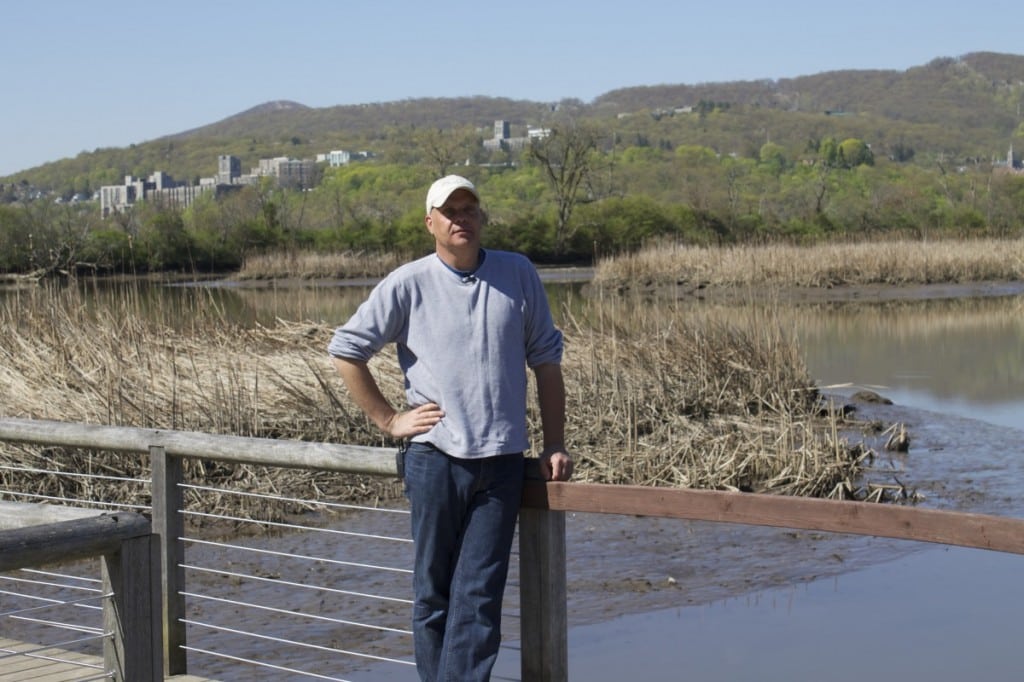 Birds, if we take the time to look, make up a large part of the visual manifestation of the river in spring. “Song birds in particular are undergoing a dramatic migration from the Caribbean, Southern Mexico. Some of them are coming here but most are on their way from where they winter to where they spend the summer,” said Lind. Referring to dramatic migrations on television documentaries such as herds of thundering wildebeests, Lind said the North American migrations are just as dramatic for the creatures “that you can hold in your in hand. They are moving overhead, often at night.”

While the marsh’s nearby woods “light up with singing birds,” many will sooner than later leave for the northern forests of New England and Canada. But the marsh itself, as well as similar habitats along the Hudson, provides a seasonal home for birds that can only breed in big muddy places that give rise to protective grasses and insect species they can feed on.

At the time Lind spoke in early May, the marsh awaited the warming of the river water before transforming into a lush green place. He described marsh birds as shy creatures eager to find mates in early spring and who prefer to remain hidden from other species, including humans. He beckoned a visitor to lean over the boardwalk railing to hear the delicate call of a marsh wren. “These birds won’t build their nests until the vegetation growth is of a certain height and the insects (such as midges) are out of the water and hatching,” he said.

Lind also pointed out that marshes provide shelter and nursing for small young fish and invertebrates that will eventually venture out into the main channel. “The water is warm and shallow and there are many places for them to get in here and hide where they are not being chased by larger predatory fish,” said Lind.

Cronin both celebrates and laments the spring return of those American shad hatched in the Hudson and now migrating back up the river to spawn. “It’s part of a very long journey they make — they spent the winter out in the ocean.”  The shad seek their ideal water temperature throughout the year, swimming off Florida in winter and the Bay of Fundy in Canada in summer, according to Cronin.

But the shad population is in distress and two years ago, all fishing for shad was suspended. A once bustling local industry is no more. “No nets are out. It’s the first time in history. Shad fishing is an important part of our culture and tradition,” said Cronin.

Atlantic sturgeon and striped bass, among other species, are also present in increasing numbers and blue crab will follow close behind, said Cronin. The estuary program of the state Department of Environmental Conservation (DEC) reports that river herring are also appearing in great abundance making their spring way up into the Hudson’s many tributaries. In all, the DEC lists 192 species of fish that at some point in the year call the Hudson home.

Lind and Cronin see the integrated biology of the river estuary system as critical to the communities that live on and near the river and therefore justification for constant citizen concern.  “The river is an integral part of our lives. Pollutants from the river can affect the land and from the air they go into the river. It’s one large watershed, trees, flowers, animals, all connected,” said Cronin. “The idea of conservation is always in front of us—it’s a job that’s never really done,” said Lind.

For video, see “River in Spring,” below. Also, read a related article on bird watching and the 2013 birdathon.

3 thoughts on “The River in Spring”