The current evacuation zone is 10 miles, and citizen advocates want it extended. On a 7-2 vote April 3, the Legislature adopted a resolution backing the extension. Nine days later, Odell vetoed the measure. 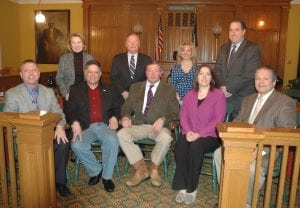 “It’s our job to put the safety of our residents first and foremost,” Scuccimarra said Thursday afternoon. “It’s a non-binding resolution, so I don’t know how much clout it will have in Albany” or beyond, she said. Nonetheless, the Legislature still thought it important enough to act on, and anything that attempts to further the public’s well-being “I’m all for,” she told Philipstown.info.

On passing the measure in April, the legislators agreed to send it on to New York state and federal authorities.

Operated by the Entergy Corp., Indian Point falls under the jurisdiction of the federal Nuclear Regulatory Commission (NRC). Legislation approved at the village or county level thus imposes no clear constraints, although it makes a statement to higher-level regulators of grass-roots government concerns and gives nuclear safety advocates another tool for molding public opinion.

Following a presentation by Roberto Muller, a resident, the Cold Spring Village Board on May 14 voted 4-1 to similarly support the 50-mile evacuation zone.

In an email message Thursday to members of Nuclear Safety Now, Steve Laifer, another village resident, termed the Legislature’s action “a stinging rebuke” to Odell. “The override was telling” as well because one legislator switched sides after both the environmental group Riverkeeper and Entergy explained their respective positions to legislators after the April 3 vote.

The County Legislature’s resolution stated that the 2011 nuclear disaster at the Fukushima plant in Japan “resulted in widespread dispersal of radioactive material in the air, land and water” and that the “radiological contamination from Fukushima extended 140 miles to Tokyo reservoirs.” It also observed that the Indian Point’s two reactors are within 20 miles of “reservoirs located in Putnam County serving various communities as well as New York City with drinking water.” 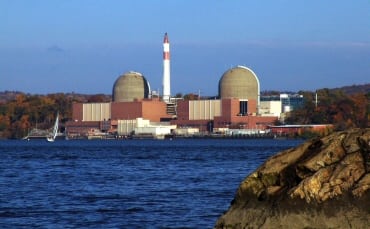 The resolution likewise found that “spent fuel rods at both Indian Point reactors are stored in warehouse-type buildings” that lack “independent electricity or cooling systems and are not constructed with the same containment capabilities and back-up systems used to protect the reactors” themselves. Along with endorsing the extension of the evacuation zone, the resolution urged “that full containment,” as well as adequate “cooling for the spent fuel pools be established and the spent fuel rods be moved as quickly as possible” into more secure structures for storage and that new seismological data be studied and Indian Point’s infrastructure strengthened accordingly. The region felt a Virginia-centered earthquake in 2011.

In vetoing the resolution, which she repeatedly described as a “template,” Odell said, “I believe it is the responsibility of both branches of government to develop legislation using a process that is open, transparent, and based upon verified facts. In this instance, passing a ‘template resolution’ without the involvement of all the parties who are involved is irresponsible.” She recommended discussions with Entergy, the NRC, Riverkeeper “and other stakeholders to address the alleged deficiencies” in the measure.