Shrouded in mystery, timely as a train schedule, and boisterous in celebration of life’s possibilities, the 17-year cicadas have returned to the surface of the Hudson Valley.

Specifically it is the multi-billion members of the Brood II cicada species that is emerging throughout the northeast region as far south as Virginia and perhaps as far north as Albany and Massachusetts. This brood is distinguished from other 17-year broods from the Midwest or those elsewhere on a 13-year cycle or just plain once-a-year dog-day cicadas that pop out in late August.

Over the next four to six weeks or so, the Brood II cicadas will shed their skins, sing their unique mating songs, find partners, and give rise to another generation with their last breaths. The newly born, like their forebears, will drop from tree branches, burrow underground and find sustenance from root vines, rising to the open air in the late spring of 2030. 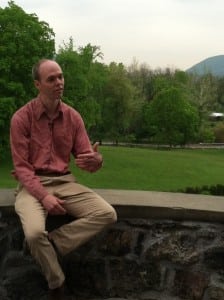 “They’ve been underground for the last 17 years, since 1996. Their life is crawling from root-tip to root-tip, sucking juices particularly from deciduous trees, such as oaks and maples, which we have a lot of here,” said Matt Decker, a naturalist at the Hudson Highland Land Trust. Decker notes that this species is the longest-living insect in North America and therefore worthy of attention.

“So 17 years ago female cicadas laid eggs on the tender end-branches of trees,” said Pam Golben, director of wildlife at the Hudson Highlands Nature Museum. “The eggs hatch after a few weeks and they fall to the ground. They are little nymphs. They dig in. They have very powerful front legs to dig in. They dig down until they reach a root. And that is what they are going to feed on for 17 years. So they may go a few inches down, they may go a foot, but they are looking for sources of nutrition. And once they reach the root they attach and feed on that for 17 years.”

“These species are so special their genus name is Magicicada septum decum, which means the 17-year magic cicadas. What is so magical about them is they only come out once every 17 years, and when they come out, there are a million of them per acre,” said David Rothenberg, philosophy professor, musician, Cold Spring resident and author of the recently published Bug Music, a book that features the magic cicadas as a species most worthy of special attention and as well as musical harmony.

Rothenberg points out that Native Americans and the earliest European settlers took note of the unique 17-year cicada emergence, but it is only in the 20th century that a search for better understanding began in earnest. “In science, in biology, in evolution, often extremes make the best examples. You cannot ignore them; these things have evolved. You cannot ignore peacocks that have crazily bright tails, mockingbirds that sing songs for hours and hours — these are exceptions to the rules. You cannot ignore the behavior of an insect that comes out once every 17 years.”

But he ruefully acknowledged that science has yet to fully understand the basis of the phenomenon. In his book, he interviews scientists who travel the world sampling cicada behaviors, searching for clues to their divergences. 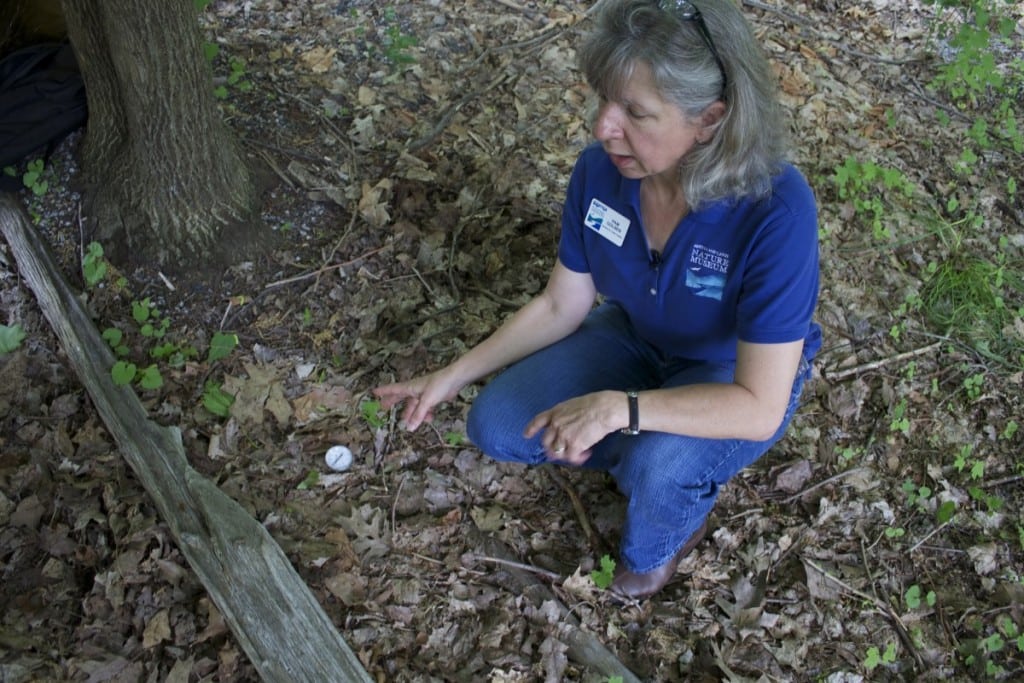 “They’re close to being ready, said Golben, speaking a week ago. “One of the factors is when the soil temperature, 8 inches down, is 64 degrees for more than two consecutive days. That signals to them that the weather is stable enough for them to emerge. If they came out earlier than that, they are probably at risk of a night frost or something that might kill them.”

Golben emphasized that the Brood II cicadas, although large in numbers, pose no threat to humans or other species and are generally not destructive to plant life. “But people have a lot of concerns about destruction. They think locusts. They are not locusts — they don’t have chewing mouthparts. They are not going to be interested in your garden. They are not going to be destroying your flowerbeds.  They have poor eyesight. They are bad fliers, so they may be bumping into you a little bit maybe as they are trying to fly. They may end up in a front door if that’s left open or something like that. Otherwise they are harmless, and they actually have some benefits,” she said. Golben said the cicada emergence would add a rich source of protein to the food chain enriching animal life as well as the soil.

“In fact they’re completely defenseless. They can’t bite you; they can’t sting,” said Decker. He pointed out that the defense the 17-year cicadas possess is their numbers. Birds and other animals will eat them in quantity, but the mass of them will survive to give birth to a new brood.

Listen for the music

Cicadas do, however, emit sound, a lot of sound, once they pass through the period during which they shed their shells and begin the mating ritual. Depending on the numbers in your vicinity, it can be quite a distraction — but largely in the daytime, for those worried about nocturnal quiet.

For some, especially Rothenberg, there is music amidst the cicada tumult. In previous books Rothenberg has explored the musical connection with birds and humpback whales, so his interest in insects is a broadening of his enthusiasm for nature’s beat. 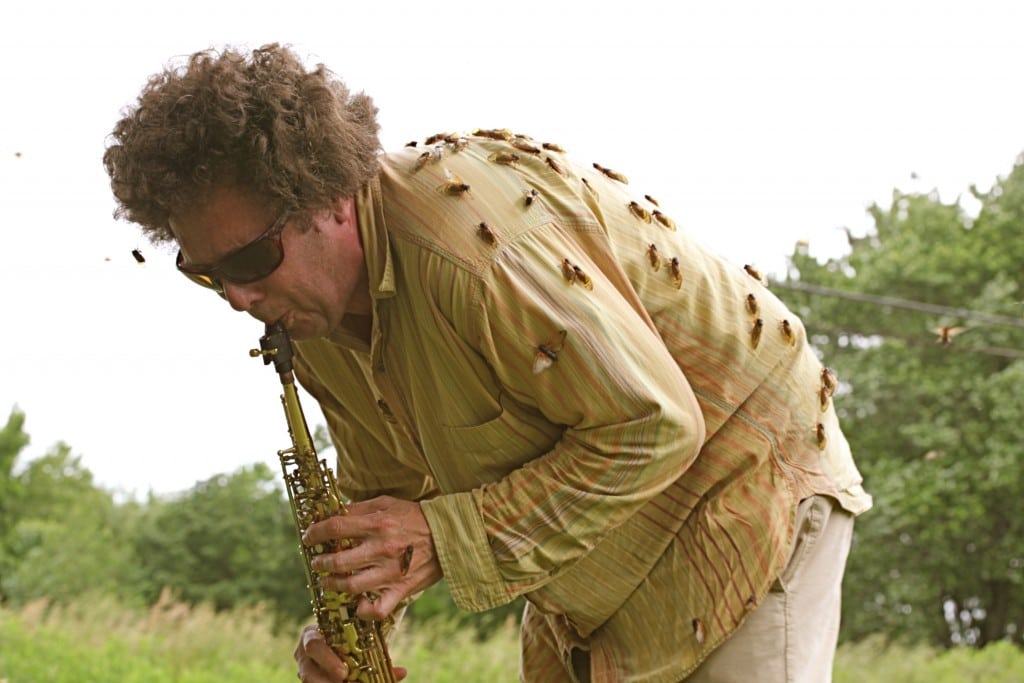 “I am interested in the musicality of the world. I am interested in what about bird songs is music. Right now we’re hearing catbirds and vireos here. They are making very distinctive songs. What is musical about what they are doing? Birds are the easiest to imagine as making music because the sounds they make have always been called song by people throughout history and all over the world. That’s because we recognized there’s something musical about something that repeats again and again and again.

“And then I came back to something that a lot of people consider to be noise. Insects! And yet, people actually love the sounds of insects. We feel at peace with the sounds of crickets, katydids, late-summer type sounds. And we hear something that roots us to a locality and a place. There is a nostalgia for the countryside in these sounds, as well as a sense of rhythm, an overlapping rhythm that’s repetitive, but never exactly the same.”

Rothenberg has produced an album, also called Bug Music, in which he plays saxophone and other instruments along with insect rhythms. “My method, as always, is not to peacefully listen but to insist on joining in. Arrogant like most humans, I want to believe my own music can matter as a tiny line amid these ancient tones,” he wrote in his book.

Rothenberg will be appearing at several cicada-related events in the Hudson Valley. Check our online calendar and davidrothenberg.wordpress.com.