Grab a cup of coffee; wait for an oil change. 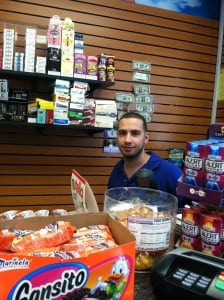 Arafat Ibrahim, owner and service manager of the Gulf Oil station in Garrison

Owner and service manager Arafat Ibrahim discovered the property through a Newburgh-based company that specializes in opening gas station-convenience stores. Ibrahim believed it would ideally serve the community, considering the bustling Route 9D location near the Garrison train station and next to the Garrison Union Free School.

“I envisioned the store when it was just a couple of chairs and desks. There’s no local spot that does what we do, unless you go down to Cold Spring or drive to the [Appalachian Market],” Ibrahim said.

The convenience store offers toiletries, beverages and packaged snacks and has already acquired its beer and lottery license — a process that can take up to three months. Ibrahim plans to expand by applying for an agricultural and market license, which would permit the sale of bagels, buttered rolls and cappuccino, among other foods. An ATM is located near the entrance. 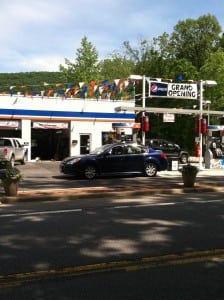 Ibrahim’s visions for the Gulf include the addition of a used car lot, as well as a shuttle service that transports patrons between the garage and train station while their cars are having work done. Regarding making a transition to a 24-hour service, Ibrahim said he’d consider it if sales comply. His focus now is on efficiency and customer service. This is evident through his willingness to spend extra money if he feels it will help business.

“We’re working on the water supply. We’ve had some problems, so right now I’m using bottled Poland Spring for the coffee, just to get people in the store,” he said.

The Gulf Station is located at 1122 Route 9D in Garrison. Stop by for a free cup of coffee during the month of June, courtesy of the owner.