Stephanie Sclater Gallagher of Cold Spring, president of the World City America cruise ship venture, died of heart failure at her home June 10. She was 68. 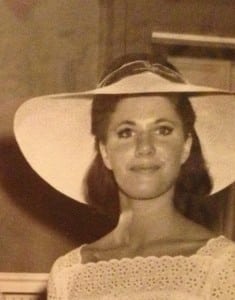 Gallagher was a founding partner in World City America, an initiative to capture a share of the $40 billion-a-year foreign-dominated cruise industry for the American economy and workers (americanflagship.com) through design and construction of new cruise vessels in the United States. She worked with the late John S. Rogers to establish both World City America Inc. and the World City Foundation in 1986. Gallagher was appointed vice president in 1992, executive vice president in 1995 and president in 2002.

Stephanie Gallagher and her husband were pioneers in experiential education. They formed The Oceanics School in the early 1970s to offer high school and college students a semester of work, study and travel on board large square-rigged sailing ships in Europe, West Africa and South America.

In 1992, Stephanie Gallagher coordinated media and publicity for the 15,000-mile voyage of a replica Viking longship, the Gaia, as the ship sailed from Norway to New York and south to Rio de Janeiro, carrying messages from the world’s children to leaders attending the first Earth Summit. Charles Gallagher filmed a documentary, and Stephanie Gallagher edited a book and calendar on the voyage and Earth Summit Plenary Session.

Stephanie Gallagher in 2009 wrote and published True North: A Flickering Soul in No Man’s Land, a biography of Knut Utstein Kloster of Norway, an early figure in launching the modern cruise industry. Acclaimed scientist, inventor and author James Lovelock wrote the foreword to her book.

She met her filmmaker husband in New York City at the age of 19 and was married for 46 years. They travelled throughout the United States, Europe, Africa and South America working together on films, The Oceanics School and World City projects. They lived for nearly 35 years in Manhattan, moving to Cold Spring in November 2011.

A private gathering of friends and family is planned Wednesday, June 26, at 2 p.m. at the family home in Cold Spring, 22 West St.

In lieu of flowers, the family has requested contributions be made to the Cystic Fibrosis Foundation at 6931 Arlington Road, Suite 200, Bethesda, MD 20814.