The Blue Vipers of Brooklyn

The Summer Sunset Music Series, run by the Cold Spring Area Chamber of Commerce, will celebrate its 12th anniversary when the Sunday concerts kick off Sunday, July 7, with a concert by the Blue Vipers of Brooklyn.

The shows, to be held at 5:30 p.m. every other Sunday evening (July 7, July 21, Aug. 4 and Aug. 18) at Cold Spring’s Riverfront Park and Bandstand, feature local and regional talent. Rain location will be The Living Room, 103 Main St., in Cold Spring.

True to its original format, the concert series is free to the public, attracting crowds of visitors and families each Sunday. While the chamber originally planned to put the series on hiatus, an outcry from the public and business owners resurrected the annual summer series. 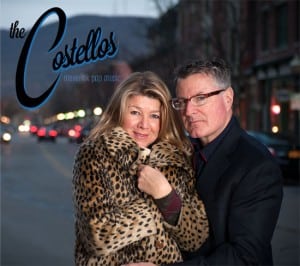 “The chamber is doing the series at the request of several business owners and residents in Cold Spring,” said Chamber Treasurer Cathryn Fadde, who has helped organize the series for the past 12 years. “These concerts offer area residents and tourists an opportunity to hear a variety of music for free in a magnificent Hudson River Valley setting. It’s a win-win all around.” 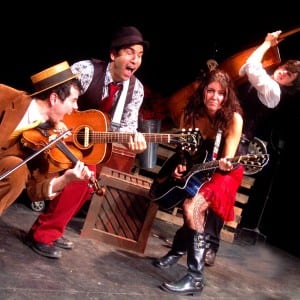 July 21 – The Costellos: The Costellos’ pop music offers classic rock for the new millennium. Their new album, Dark Time, combines pop, rock, country and surf. Lynn Johansen began her career playing in a variety of bands on the Jersey Shore while Bobby C was honing his skills throughout the Hudson Valley. On the stage Bobby C and Johansen have performed with a number of major acts, including Jon Bon Jovi, Southside Johnny and the Asbury Jukes, The Crash Test Dummies, NRBQ, Reverend Horton Heat, Danny Kalb (former member of the Blues Project) and America. They were also a featured act at Woodstock ’94 in Saugerties. thecostellosmusic.com

Aug. 4 – Caravan of Thieves: Driving gypsy jazz rhythms, acoustic guitars, upright bass and violin lay the foundation for vocal harmonies and fantastic stories. It’s theatrical and humorous, musical and intense. It entertains and defies classification while welcoming the spectator to join the band throughout the performance in momentary fits of claps, snaps and sing-alongs. caravanofthieves.com

Aug. 18 – Charlie Faye: Charlie Faye hits the stage with undeniable force. She’s got a band that rocks, an attitude that tips its hat to country, and a heart that sings the blues. Her gritty, powerful vocals tend to wow anyone who’s only seen the petite singer in passing. Growing up in New York’s East Village, country music didn’t come as part of a basic education. Faye came to it on her own, seeking out old country and blues records at sidewalk sales and running home to let them spin on the record player. Faye’s own style is a mix of country, folk, blues, rock and roll charliefaye.com

This year’s series is supported with the help of Central Hudson, Robert’s Total Care Salon, Joseph’s Fine Jewelry, Cathryn’s Tuscan Grill and The Pig Hill Inn. Additional sponsorships are still available; contact Fadde at 845-265-5582 for information. For more information regarding the concert series, contact the chamber at [email protected] or visit ColdSpringAreaChamber.org.